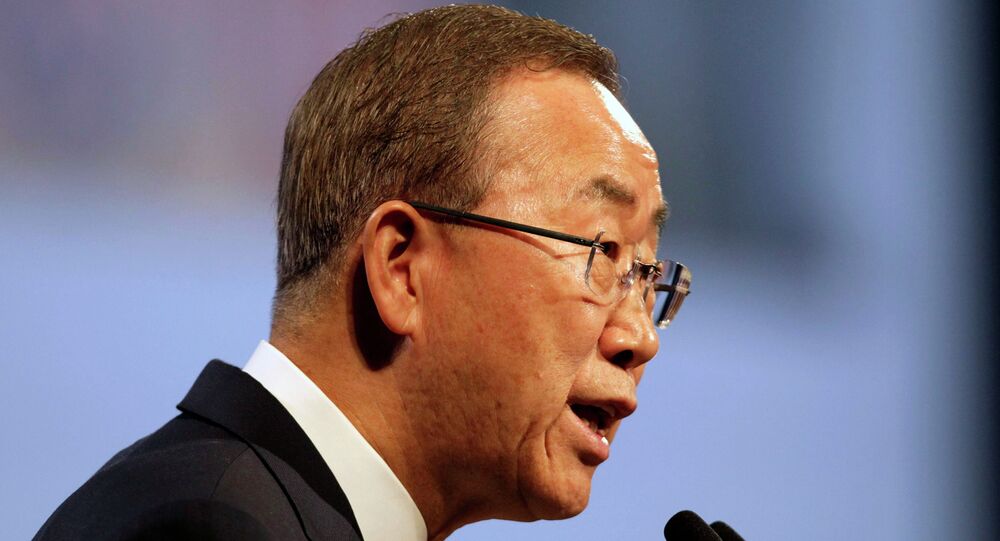 Ban Ki-moon expressed his gratitude to the G77, an intergovernmental organization of developing nations at the UN aimed at promoting collective economic interests and cooperation, for the progress that has been made on advancing the fight against climate change.

© Sputnik / Mark Dadswell
Australia to Contribute $165 Million to UN Climate Fund
UNITED NATIONS, December 10 (Sputnik) — United Nations Secretary-General Ban Ki-moon thanked China and the G77 group for their contributions to the fight against climate change following a meeting on the sidelines of the Climate Change Conference, a statement published on the UN’s official website Wednesday said.

Ban Ki-moon “expressed his gratitude to the G77 for the progress that has been made on advancing the fight against climate change since the last meeting of the Conference of Parties in Warsaw last year”, the statement read.

The G77 group is an intergovernmental organization of developing nations at the UN aimed at promoting collective economic interests and cooperation.

He also thanked the G77 group for its “tireless efforts to help reach an ambitious agreement in 2015, which he said is also fundamental to forging a transformative post-2015 sustainable development agenda”.