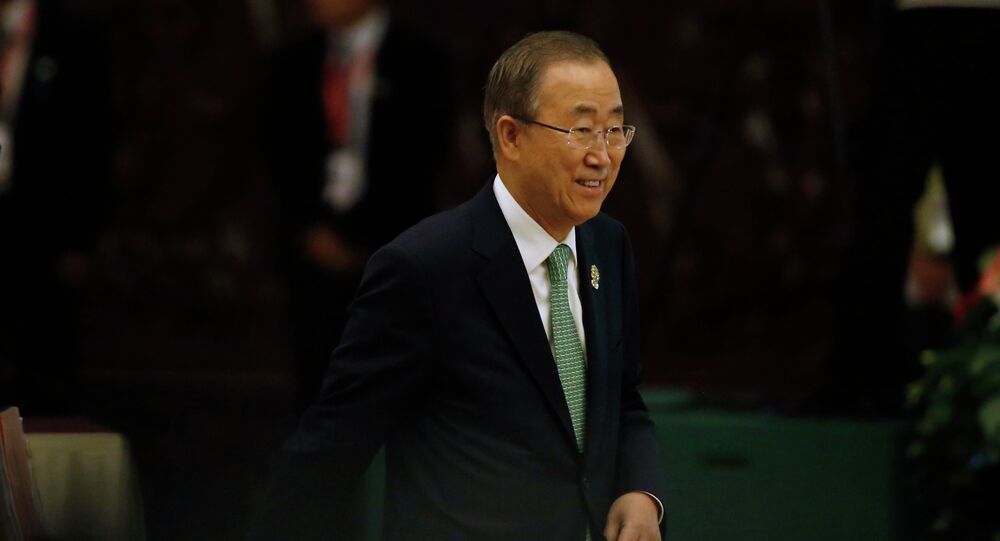 UN Secretary-General Ban Ki-moon has stated that Russia has "tremendous potential" to contribute to emissions reductions during the UN Climate Change Conference.

The meeting was held on the margins of the UN Climate Change Conference and was devoted to emissions reductions.

Russia's "leadership role on climate change could have a tremendously positive impact in mobilizing higher levels of ambition and action from others," the readout stated.

JOEL SAGET
US Environmental Protection Agency Head Proposes Limit on Ozone Emissions
According to the statement, UN secretary-general has also voiced hopes that Russia will continue its efforts, aimed at ensuring that a universal agreement is reached in Paris in 2015.

A two-week long climate change conference, which is currently taking place in Lima, Peru, started on December 1 and gathered experts from across the globe amid increasing concerns about record-breaking temperatures.

The Lima climate talks aim to propose a binding universal draft agreement on climate change, which is expected to be adopted at the UN Climate Change Conference in France in 2015.