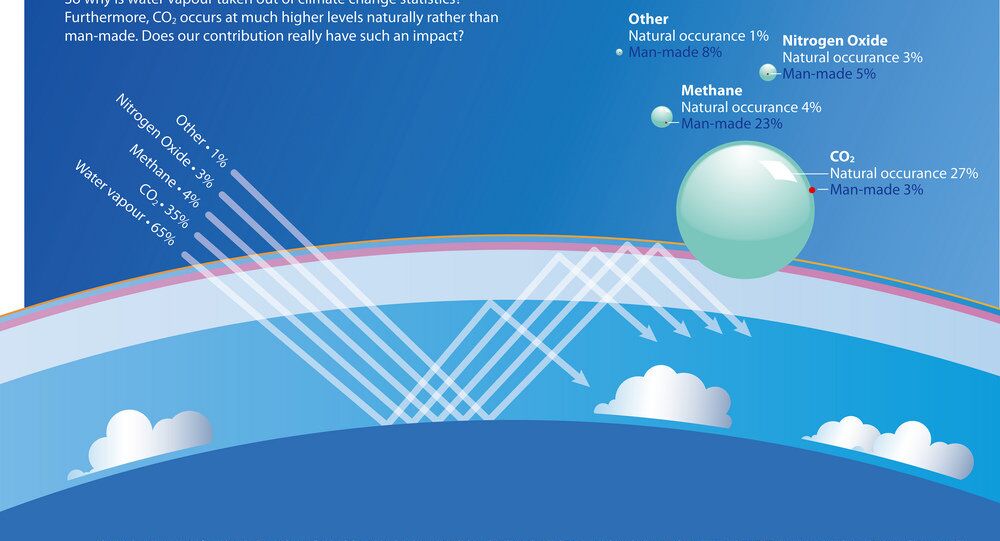 The Commonwealth Scientific and Industrial Research Organization has initiated a long-term project, aimed at defining baseline levels of methane in order to ascertain precisely how much of the current level can be attributed to human activity.

MOSCOW, December 1 (Sputnik) – The Commonwealth Scientific and Industrial Research Organization (CSIRO) in Australia has started a year-long study of fugitive methane emissions and unintended gas leaks, in order to assess their impact on the greenhouse effect, the Sydney Morning Herald reported Monday.

The CSIRO monitoring project, which is being supervised by the Environment Protection Authority (EPA), began in June. Its outcomes are supposed to be revealed by early 2016.

"We're hoping to contribute another piece of the puzzle to the debate on methane," Carmen Dwyer, coal seam gas (CSG) project manager at the EPA, was quoted as saying by the newspaper.

The study's main goal is to define baseline levels of methane in order to ascertain precisely how much of the current level can be attributed to human activity such as increased CSG drilling, on levels of the greenhouse gas.

The Australian CSIRO and EPA study intends to monitor methane emissions from 12 sites in New South Wales, Australia. Gas fields at Pilliga and Camden as well as exploration drilling at Gloucester have been chosen by the EPA as some of the most important monitoring locations, with different sources of methane being released into the atmosphere.

The importance of methane as a greenhouse gas is its warming reaction. Its impact on global warming is around 72 times greater than carbon dioxide calculated over a period of 20 years. Nowadays, approximately two thirds of global methane leakage happens because of manmade factors, including its accidental release during gas drilling, according to reports by the Intergovernmental Panel on Climate Change (IPCC).