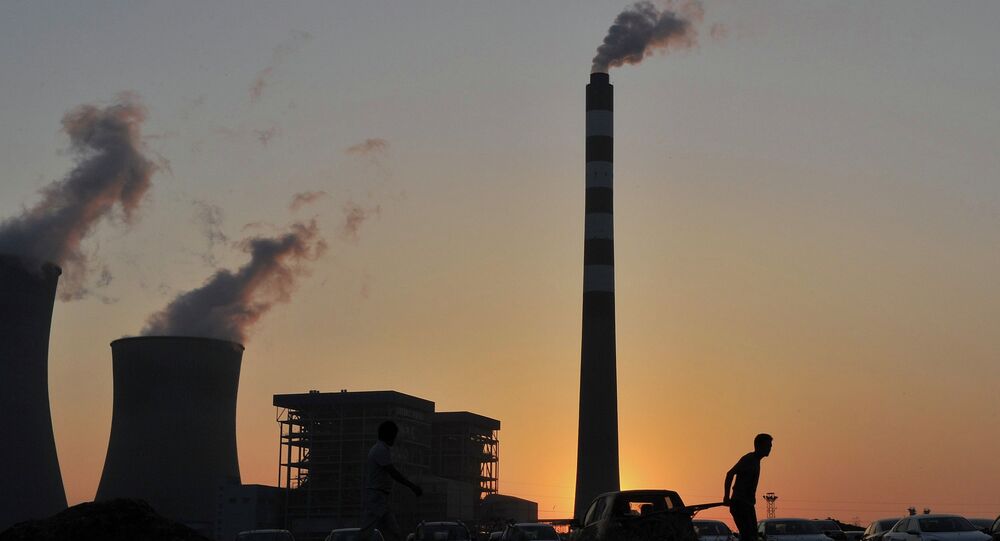 The Chinese State Council confirmed the readiness of authorities to tighten control over the nation's energy consumption, aiming for energy use equivalent to an annual 4.8 billion metric tons of standard coal within 16 years, according to Xinhua.

Beijing is also aiming to raise its energy self-sufficiency rate by approximately 85 percent, favoring natural gas, nuclear and renewable energy. Around 60 gigawatts of nuclear power are expected to be installed in China within the specified time period.

Another target outlined by the Action Plan is to increase non-fossil fuel usage by 15 percent of current levels. The annual coal consumption is expected be fixed at 4.2 billion metric tons, according to Xinhua.

The overall consumption of energy in China surged 45 percent in the period between 2006 and 2013, according to the National Bureau of Statistics. The level of air pollution in China is one of the highest in the world, pressuring the authorities to lower the consumption of coal that still dominates the Chinese energy market. As a result of the Chinese energy diversification strategy, Russia and China signed a multimillion gas deal in May, allowing the supply of natural gas from Russia's Far East to China.

Modern Day Silk Road Travel to Start in China in 2015