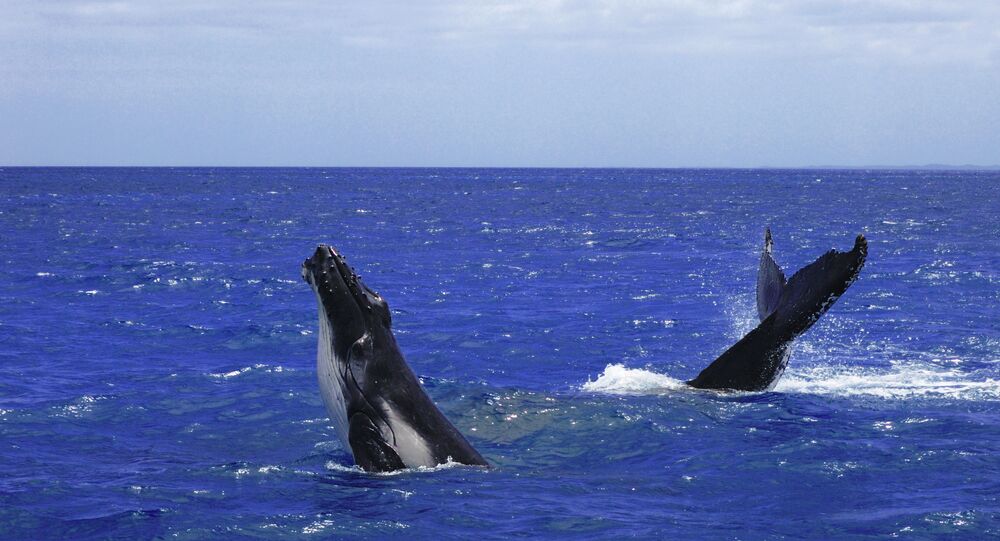 Japan announced on Tuesday it has cut its Antarctic whale-catch quota by two-thirds in a move it hopes will assure international opponents it is conducting genuine scientific research on expeditions in the region.

MOSCOW, November 18 (Sputnik) —The International Court of Justice said in March that Japan was abusing a scientific exemption set out in the 1986 moratorium on whaling; the court said the controversial program was a commercial hunt masquerading as research, reports AFP.

Japan killed 251 minke whales in the Antarctic in the 2013-14 season and 103 the previous year, far below its target because of actions taken by activist group Sea Shepherd. Tokyo also hunts in the name of science in the Northwest Pacific, where it killed 132 whales in 2013, and off the Japanese coast, where it caught 92, stated by AFP.

According to Dr. Chris Parsons, as per Article VIII of the International Convention on the Regulation of Whaling, whales can be killed for scientific research purposes, but only by special permit. The ICJ ruled, however, that the Japanese program was in violation of this provision, because JARPA II was not authentic scientific research, but was instead de facto commercial whaling.

At the International Whaling Commission (IWC) Scientific Committee meeting earlier in May, the Japanese government tried to have IWC scientists discuss its scientific whaling data. During the meeting a number of countries proposed to cut the number of whales being hunted for commercial purposes. Another country that came into notice was Greenland.

Whaling in Greenland is supposed to be for subsistence purposes, with a quota that fulfills the cultural and nutritional needs of the indigenous community. However, Greenland calculates the number of whales it needs by multiplying the number of people in Greenland by a set volume of whale meat. The number of whales hunted in Greenland has been somewhat controversial because meat has been found for sale in supermarkets (including in Denmark), in restaurants and is often marketed toward visiting tourists, writes Dr. Chris Parsons in his scientific blog.

In response to Japan’s whale hunting, judges have said that any nation wishing to avail itself of scientific exemption must show why it is necessary to kill whales to conduct the research, reports AFP.

Japan cancelled its 2014-15 Antarctic hunt after the ruling, but said it intends to resume ‘research whaling’ in 2015-16. The effort to resume Antarctic whaling will certainly reignite anger among the anti-whaling countries that demand Japan stop hunting, stated the Japan Times.

But Japan assures that the new program takes the court’s ruling into account. The plan will be discussed at a IWC scientific committee meeting next spring. “We will explain the new plan sincerely so we can secure support from each country,” Agriculture, Forestry and Fisheries Minister Koya Nishikawa told Japan Times.