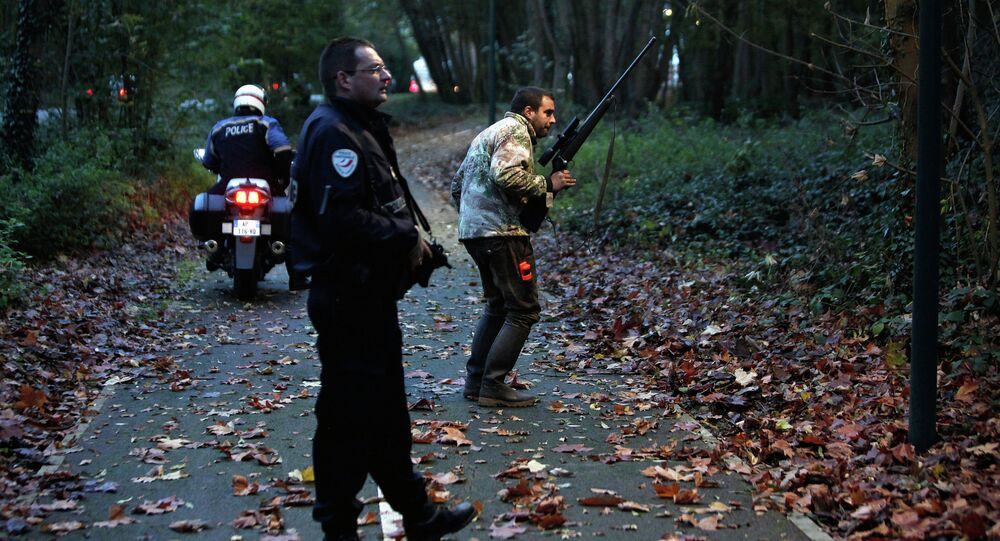 French police is looking for a tiger reportedly seen in a supermarket car park in Montevrain, a town 30 km east of Paris.

MOSCOW, November 13 (Sputnik) — French police and firefighters are on the hunt for a tiger reportedly seen in a supermarket car park in Montevrain, a town 30 km east of Paris, AFP reports.

"We are calling on inhabitants to be careful, not to leave their houses and to stay in their vehicles," Sky News has reported town hall official Cedric Tartaud-Gineste as saying. "Anyone who sees the tiger should call the police or the fire service,” he added.

At 8.30am on Thursday, the wife of the manager of an Intermarché supermarket saw the animal in the vicinity of its parking lot, according to the Guardian. “She didn’t get out of the car and rang me to say, ‘I think I’ve seen a lynx,’” the paper reports her husband as saying. The head of the local supermarket then called the police.

The woman had taken a picture of the animal, which was later identified by authorities as a tiger. A spokesman for the Montevrain authorities told AP that an examination of the tiger’s footprint showed it to be about 1 ½ years old and weigh about 70 kg.

Police and firefighters have cordoned off an area of the town in which they believe the animal to be located, and a team of wildlife experts from Le Parc des Felins, a big cat sanctuary 30 km from the town are on hand to sedate the animal. Despite speculation that the tiger might have come from the sanctuary, the Telegraph says Le Parc des Felins had told reporters at 1pm that “they were not aware of any missing animals.”

The origin of the tiger remains a mystery. The town also lies just two km west of Disneyland Paris, but EuroDisney told AP they do not keep tigers in their theme park. A circus which passed through the town last week has also been ruled out. The Independent reports that the mayor’s office told French newspaper Le Parisien, “The circus left on Saturday and during the health inspection before the event officials did not notice the presence of a tiger.”

Sky News relayed a statement from animal rights organization PETA, who called for restraint in dealing with the tiger: “Is it any wonder that animals who spend their lives behind bars make a break for it when an opportunity presents itself?,” they asked, and added that tigers kept in cages in zoos and circuses are “ticking time bombs” who should not be kept in such conditions.

Amur Tigers, Lotuses and Other Wonders of Russia’s Khabarovsk Region