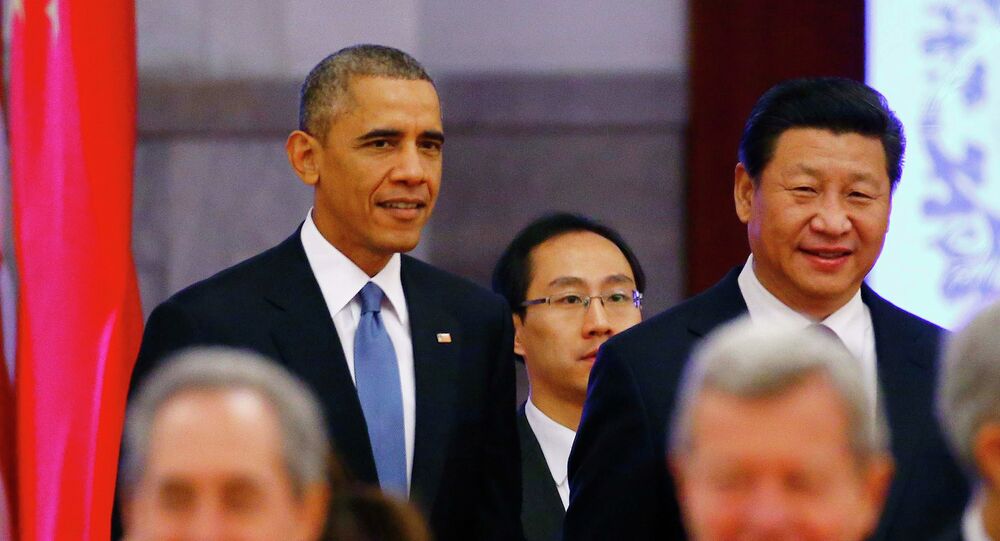 UN Secretary General Ban Ki-moon has praised the Sino-American agreement on the reduction of greenhouse gases, pointing out that it is an important contribution to the climate change issue.

UNITED NATIONS, November 12 (RIA Novosti) – UN Secretary General Ban Ki-moon has praised a US-China agreement on the reduction of greenhouse emissions, stressing that it is an important contribution to the climate agreement to be reached in Paris next year.

"The Secretary-General commends the joint announcement by the Governments of the People's Republic of China and the United States of their post-2020 action on climate change," Ban Ki-moon's spokesman said in a statement Tuesday.

"The Secretary-General also welcomes the commitment expressed by both leaders to increase their level of ambition over time as well as the framing of their actions in recognition of the goal of keeping global temperature rise to below 2 degrees Celsius. The joint announcement signals that the transition towards a low-carbon, climate resilient future is accelerating," the statement added.

According to the statement, the new US-China agreement, as well as the commitments made at the Climate Summit at the UN Headquarters in September, are forming a strong basis for future climate change deals.

"<…> the Secretary-General believes that a strong foundation has been laid and momentum is building towards a meaningful climate agreement in 2015," the statement concluded.

US President Barack Obama and his Chinese counterpart Xi Jinping agreed to limit greenhouse emissions during a Wednesday meeting in Beijing.