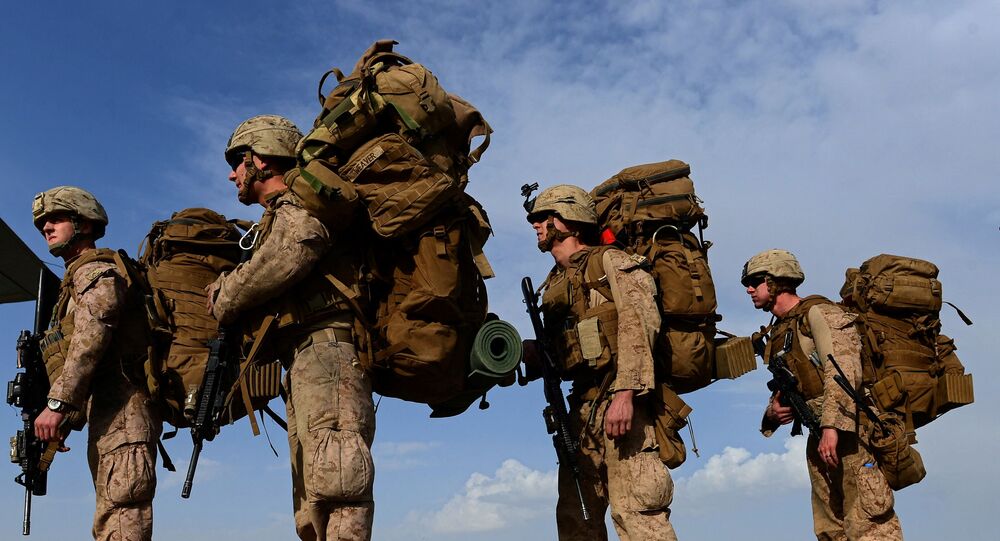 Russia is right to be alarmed about the impending chaos in Afghanistan as the United States and NATO forces finally scurry away from the war-torn country.

After 20 years of waging a futile war in the Central Asian nation, costing over 241,000 lives and trillions of dollars, the US military is pulling out in haste.

Most of its remaining 3,000 troops have hurriedly vacated the country in recent days from the giant Bagram Airbase north of the capital, Kabul. There was hardly any media coverage of the momentous yet shameful exit, which evokes memories of the disgraceful Fall of Saigon when the last of US military and CIA operatives fled Vietnam in 1975 like rats off a sinking ship.

US President Joe Biden had earlier this year declared a September deadline for withdrawing forces. The retreat has happened already, leaving Afghanistan with an uncertain and dangerous future.

The perplexing thing for Russia is that Afghanistan has become a growth area for the Daesh* terror group which seems to have taken advantage of the void left by the Americans and other NATO forces. Daesh shares a similar fundamentalist Islamic ideology with the Taliban and there is good reason to suspect a level of cooperation between the two. That suggests that Afghanistan will become an even bigger haven for terrorist networks despite Taliban assurances that it will not.

If the Taliban and Daesh over-run Afghanistan in the next months, which is likely given the weak nature of US-backed Afghan security forces, then Russia will have a radical caliphate on its southern flank. It was to prevent such a threat to its national security that Moscow decided to intervene in the Syrian war to help the Assad government defeat jihadists and thereby prevent similar militants migrating to its Caucasia regions.

The jihadist problem of Syria was created by the United States and NATO partners as a covert means for regime change against President Assad. The Russian military intervention put paid to that American subterfuge by crushing the array of Daesh-affiliated militants.

Nikolai Patrushev, the head of Russia's national security council, has been in discussions with Kabul to reportedly map out ways by which Moscow can help maintain regional stability. The discussions have been made all the more pressing by the rapid pullout by the Americans.

"The suppression of terrorism and drug crimes, as well as trade, economic and military-technical cooperation, were discussed in detail", the Russian security council statement said.

Russia's foreign minister Sergei Lavrov has also expressed concern about the spread of Daesh in northern Afghanistan. Lavrov blamed the complacency by politicians in Kabul to engage in peace talks with the Taliban as being a factor in why Daesh is burgeoning amid the internal chaos.

Moscow's experience of Afghanistan is not a happy one. When the Soviet Union intervened in 1979 to support a then allied government in Kabul against US-backed Mujahideen (a forerunner of the Taliban), that led to a disastrous 10-year war which gravely weakened the Soviet Union.

American imperial machinations in Afghanistan – supposedly in revenge for purported 9/11 terror attacks on the US in 2001 – have created an utter catastrophe. After two decades, Afghanistan lies in ruins and the Taliban are poised to once again be back in power. A recent study by Brown University estimates the cost of the war at $2.26 trillion. That cost will grow into the future amid healthcare payouts for veterans and financial interest. More than 71,000 Afghan civilians were killed. And for what? Afghanistan is American imperial hubris and state terrorism gone mad.

It is a bitter repercussion that the criminal destruction of Afghanistan by Washington is now bequeathing a national security problem for Russia and other neighbouring nations. It is tempting to suspect that the Americans are deliberately offloading their mess onto Russia and cynically enjoying the dilemma being foisted on Moscow.