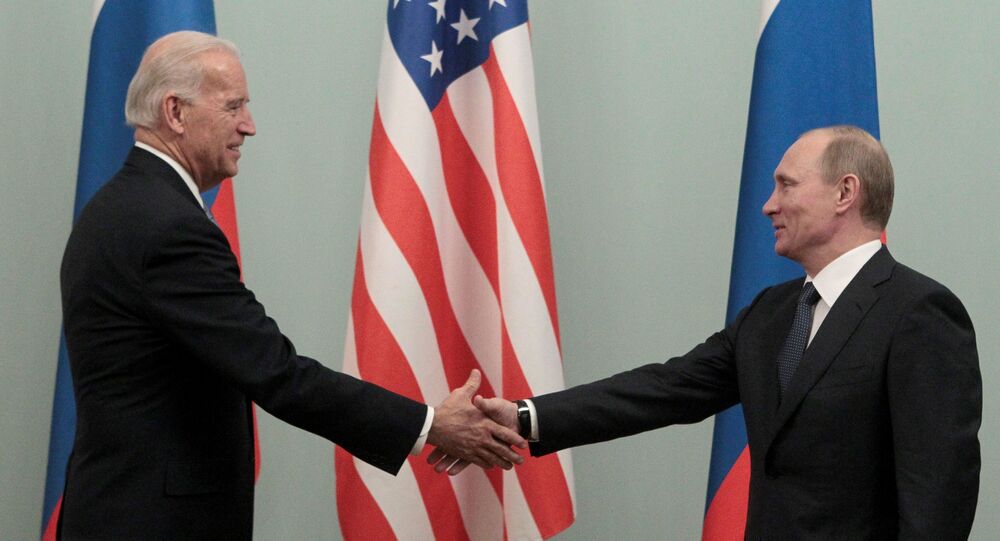 Biden vs. Vlad the Impaler

Both sides acknowledge that relations between the United States and Russia are at an abject low point. And both sides have said they want to make relations better. But who is actually making a positive effort to reduce tensions and give peace a chance?

It should be obvious that the Russian side is the only party that is acting responsibly and with a generous spirit of trying to improve bilateral relations.

President Vladimir Putin says he hopes to open personal communications with American counterpart Joe Biden when they meet for their summit in Geneva on Wednesday. The Russian leader has played down expectations of a breakthrough, but nevertheless, his stated aspiration is for a productive detente.

There is little to no reciprocation of benign spirit from the American side. Biden and his aides may say the US does not want a conflict with Russia. But apart from that rhetorical concession, the Americans are pushing aggression and making the Geneva meeting sound like a showdown.

The unwillingness of the US president to hold a joint press conference with Putin following their private discussions is a telling sign of the obnoxious American attitude.

There are two reasons why Biden doesn’t want to appear side by side with Putin in front of the world.

The first is he would not be able to handle Putin’s intelligent arguments and criticism of American policy. Joe Biden’s mental faculties are in serious doubt following well-publicized gaffes and missteps of forgetting names and incoherent speech. Not meaning to sound cruel, but Putin would demolish Biden in a public discussion.

Biden and the entire American political establishment constantly accuse Putin and Russia of malign conduct, everything from being a “killer” to interfering in elections, cyberattacks and threatening the national security of the US and its allies.

The depiction is a fantasy based on Russophobia and bigoted prejudice. As Putin pointed out in a recent US media interview: there is no evidence ever presented to back up these wild pejorative claims. It is all unsubstantiated, rabid nonsense.

If Putin was on the same public platform as Biden, we can be sure that the veil of lies would be torn from the American facade of acting tough and sanctimonious. Biden would be left quivering and mumbling like an impotent idiot. Indeed, any American politician would be since they are all brainwashed idiots bloated from their own propaganda.

Thus, the world would see in a wonderful moment just how ridiculously naked the American emperor is and all his NATO minions are.

The second reason for why Biden could not abide standing alongside Putin is that that image confounds the American propaganda of demonizing “Vlad the Impaler”. Any appearance of a smiling Putin in a normal friendly setting with Biden would undermine the narrative of Putin-the-bogeyman.

That’s why the meeting has to be held in private and afterward the Americans can spin some account of the talks to make themselves sound morally superior by claiming to have brought up concerns about  “human rights” and “malign behavior”. We can be sure if Biden dares to act self-righteous, Putin will deftly slam the absurd hypocrisy.

But it’s also vital for the American side to portray the encounter as a showdown between a good guy and a bad guy. The charade only works if kept in private.

At least in the past, Ronald Reagan was photographed having convivial fireside talks with Soviet leader Mikhail Gorbachev when they met in Geneva in 1985 and produced a landmark arms control treaty. To his credit, too, Donald Trump held a joint press conference with Putin when the pair met in Helsinki in 2018 and there was no acrimony.

© Photo : Time Magazine/screenshot
Is This Parody or Real? Time Magazine Cover Featuring 'Macho' Biden 'Taking on Putin' Mocked Online
But Biden, like most American politicians and media, is full of stupid antipathy towards Putin and the Kremlin. He warned menacingly last week he’s going to tell Putin “what he knows”. Biden says the Russian leader “needs to change his behavior” if there is to be any improvement in relations.

It’s going to be very difficult to engage in productive dialogue when the American mindset is so indoctrinated with false propaganda.

Some observers may wonder is there any point in Putin meeting Biden under those circumstances? After all, it was Biden who invited Putin to meet him.

The willingness of the Russian side to engage – in spite of the American animosity – is a clear sign of political maturity and generosity to try to create a more peaceful world. The onus is on the Americans to change their behavior and stop malign conduct. That’s the real challenge.