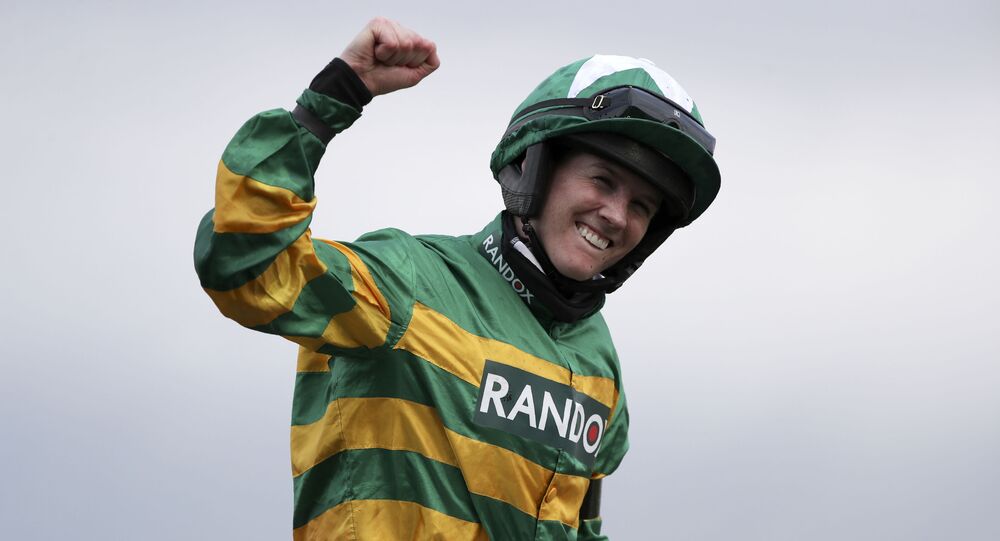 Isn't That Grand! History Made as World's Most Famous Horse Race Won by Woman Jockey for 1st Time

History was made at around 5.30pm yesterday as the Grand National, the world famous British steeplechase which dates back to 1839, was won by a female rider for the very first time.

Riding the 11-1 shot Minella Times, given a four-star write-up in my Sputnik Intelligent Punter’s Guide to the race,  31-year-old Rachael Blackmore powered to the front in the closing stages of the 4m 2 and a half furlong Liverpool marathon, to record a comfortable six-and-a-half lengths success, over 100-1 shot Balko Des Flos.

​A few decades ago the very idea of a woman jockey winning the Grand National would have seemed utterly fanciful. In fact  until the passing of the Sex Discrimination Act in the mid-1970s, women were not allowed to ride in National Hunt races under Rules. It was only in 1977 that the first female rider, Charlotte Brew, took part in the Grand National. She pulled up her mount, Barony Fort, four fences from home, in a race best remembered for Aintree legend Red Rum‘s third victory. It was to be another five years before a woman jockey completed the daunting 30-obstacle course, when Geraldine Rees finished eighth on Cheers. In 1994 the 51-year-old grandmother Rosemary Henderson finished fifth on her own horse, Fiddlers Pike, a 100-1 shot, and in 2005 Carrie Ford came fifth on Forest Gunner.

Before yesterday the best a woman rider had fared in the race was Katie Walsh, who was third on Sea Bass in 2012.

​In the race itself, Jett, ridden by the experienced amateur Sam Waley-Cohen, established a big lead in front for most of the contest but after an exhilarating display of jumping ran out of fuel in the closing stages. He was pursued for much of the way by  Cloth Cap, but the 11-2 favourite was pulled up three out. A number of horses looked to have a chance two fences out, including Burrows Saint (who finished fourth) and Any Second Now, who had been hampered but in the end finished third.   But it was Minella Times who forged to the front and proved impossible to peg back. Sadly one of the 40 runners, The Long Mile, was fatally injured.

Yesterday’s victory completed a remarkable four weeks for Blackmore and the winning trainer Henry De Bromhead.  At the Cheltenham Festival in mid-March, Blackmore became the first female jockey to win the Champion Hurdle, and two days later the Gold Cup. Now she has landed the Grand National too. Incredibly De Bromhead also won the Champion Chase at Cheltenham (becoming the first trainer to win the ‘Big Three’ in the same year) and having saddled the 1-2 in the Gold Cup, did the same in the Grand National.

Yesterday’s race further illustrated the total dominance that Ireland has in National Hunt racing at present. The first five home in the race were all Irish trained, and, rather embarrassingly for the ‘home’ team, only three of the fifteen finishers were trained in England. But all the headlines today are rightly about Blackmore. At Cheltenham the 20-times champion jockey Sir Anthony McCoy said that Blackmore was simply the best jockey riding today- regardless of her sex. Few who saw yesterday’s famous win will disagree.