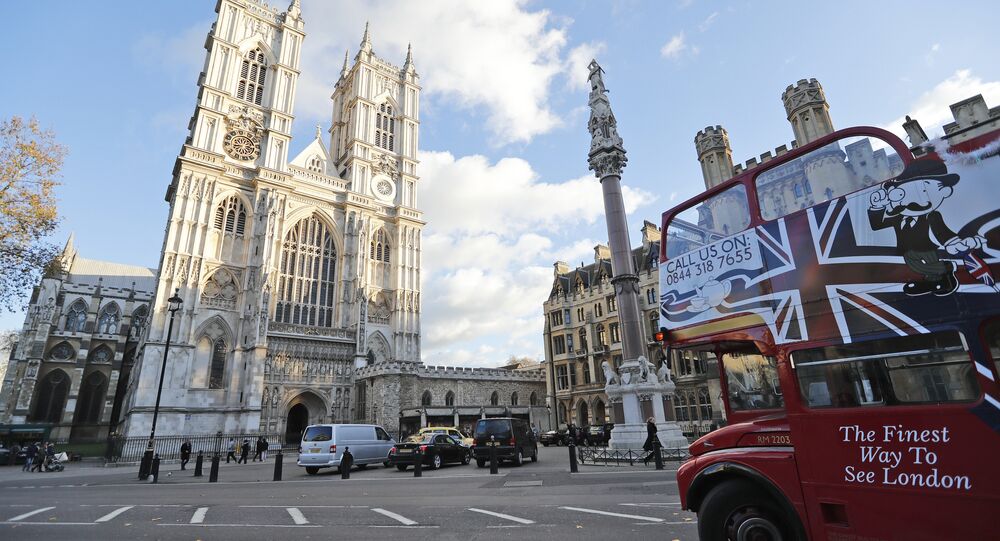 The War Against Easter - And How to Rise Above It

It’s Easter, so cue attacks on this holiest of Christian festivals by those who seem to have a real hostility towards people commemorating the resurrection of Jesus Christ.

Having locked us down last Easter on the pretext of protecting us from a virus, UK Prime Minister Boris Johnson has tried his best to ruin Easter 2021 too.

On Good Friday Britain's grimmest ruler since Oliver Cromwell told the public not to meet friends and family indoors, even if they were vaccinated. Taking their cue from the government, police broke up a Good Friday church service in London for "breaching Covid rules". Yes, that's right, the British police - funded by the taxpayer - are breaking up church services.

Not only are we still in "lockdown" for the second Easter running, we're told that on Easter Monday, Johnson will make a "major announcement" on vaccine passports.

Couldn't it wait until after the religious festival? The only conclusion one can draw is that it's part of the psyops against the British public, which is stepped up during times which should be sacred.

The War on Easter can be seen as part of the wider War on Christianity which has been going on for quite a few years now. Globally Christians have in recent years been the victims of terrible persecution, with one of the worst examples being the horrific Easter Day terrorist bombings in Sri Lanka in 2019,  which targeted three packed churches and five hotels and which killed nearly 300 people.

But even when they're not actually being killed, or threatened with violence, followers of Jesus find their faith mocked and ridiculed, with absolutely no comeback for those doing the mocking and ridiculing, which is not the case in relation to other religions.

Take this tweet on Good Friday by Professor Alice Roberts, a Professor of Public Engagement in Science at Birmingham University, and BBC documentary presenter. The President of "Humanists UK" wrote, "Just a little reminder today. Dead people- don't come back to life".

It's a clear reference to the Resurrection, on the day Jesus died on the cross.

Would Professor Roberts have dared to insult other people's faith/religions on their holy days? Perhaps she would, but I have my doubts. Because to have insulted other faiths would have run the risk of severe professional repercussions.

Just look at how a teacher has been suspended in Batley in Yorkshire for allegedly showing pupils a Charlie Hebdo cartoon of the Prophet Muhammad in a lesson on blasphemy.

© AFP 2021 / GLYN KIRK
A shopper walks past an advertisment for the UK government's NHS Test and Trace system in Regent Street in London on June 15, 2020 as some non-essential retailers reopen from their coronavirus shutdown

I think that was probably insensitive and provocative too. But it's the double standards that are the issue.

It's not just in Britain where Easter is under attack. It's happening across the west. In Germany Angela Merkel, leader of the "Christian Democratic Union" tried to impose another strict Easter lockdown, before public outcry forced her into a U-turn.

But in Italy, there is a strict lockdown this Easter and Pope Francis will deliver his Easter message to an empty St Peter's Square. Just how sad is that?

Our rulers clearly want Christianity to be replaced by the new secular, globalist religion, Covid-19, one which has its own high priests, its own mantras, and its own rituals. In place of crosses, we have face masks. In place of joy, we have fear.

It all brings to mind the quote, (usually attributed to the writer GK Chesterton, but which actually emanates from comments made by the Belgian playwright and translator Emile Cammaerts, who was paraphrasing Chesterton's creation Father Brown), that when a man stops believing in God he doesn't then believe nothing, he believes anything.

Easter is under attack, make no mistake, but the best way we can respond (even if we're not particularly religious), is to celebrate it even more. Maintain Easter traditions such as buying and rolling Easter eggs. Wish people "Happy Easter". Re-read the story of Jesus's Resurrection in the New Testament and in this darkest of times, be inspired by its message of hope. And most importantly of all, this Easter Monday, switch off Boris Johnson.

Who would have thought that in 2021, commemorating Easter openly and defiantly - with friends and loved ones- would become almost a revolutionary act?

There's a good Saturday afternoon card at Haydock, where The Bay Birch rates a solid contender in the Mares Chase Handicap (3.50). Matt  Sheppard’s charge won this in 2019 off a 3lbs higher mark and lost no caste in defeat last time out at Leicester when second behind the very smart Espoir De Romay.

At Musselburgh, Copper Knight is the each-way selection in the Scottish Sprint Cup. Tim Easterby's charge starts the year well-handicapped and has been placed on his seasonal debut in three of the last four seasons, including in this same race in 2019 off a 13lbs higher mark.

In Ireland, the main action is over the jumps at Fairyhouse, with the highlight being the Irish Grand National, an Easter Monday tradition. (5.00). A very big field of 30 runners are set to go to post, but bearing in mind a few key stats can help tilt the percentages in our favour. The first thing you notice when you look back over previous winners is that horses carrying less than 11st have dominated. In fact, since 2000 only one horse (Our Duke in 2017) has carried more than 11st to victory).

While most of Ireland's top races have been dominated by a few select trainers, the Irish National has been more democratic, with the last 11 winners trained by 11 different handlers.

Favourites have won three of the last ten runnings, including the last renewal in 2019, but there've also been some big-priced winners too, with five of the seven winners between 2004-10 starting at 25-1 or higher, and a 20-1 winner in 2018 which I was lucky enough to back.

So it's a good idea to have at least one outsider in your portfolio.

Check out this updated column on Monday morning for my Irish National shortlist.

LATEST EXHIBITION, second behind the brilliant Monkfish in two Grade One novice chases in his last two races is a worthy favourite on the form-book at 9-2 but he's got  weight stats to overcome (he carries top weight of 11st 10lbs). The same applies to COURT MAID (11st 9lbs), who was a very impressive winner over CD in November, but at 20-1 Thomas Mullins' mare could still be a good each-way play.
Looking further down the weights, at horses carrying less than 11st (the favoured group on the stats), three runners, all with good course form, catch the eye. RUN WILD FRED (10st 11lbs), won a bumper on his only previous start at Fairyhouse and was staying on nicely at the finish behind stablemate Coko Beach in the 3m1f Thyestes Chase last time.  The Noel Meade-trained BRACE YOURSELF was second behind Court Maid over course and distance in November, and has attracted support over the weekend, coming in from 25-1 to 16-1.  FITZHENRY, a 28-1 shot,  was a staying-on third over course and distance in December 2018, and his last run at Naas three weeks ago- when he came third in a 3m1f Grade A chase, again staying-on at the finish, was encouraging.   Horses who have run well in the race before tend to do so again, so on that basis SNUGSBOROUGH BUNNY, fourth in 2019 off the same mark, might be overpriced from an each-way perspective at 66-1.