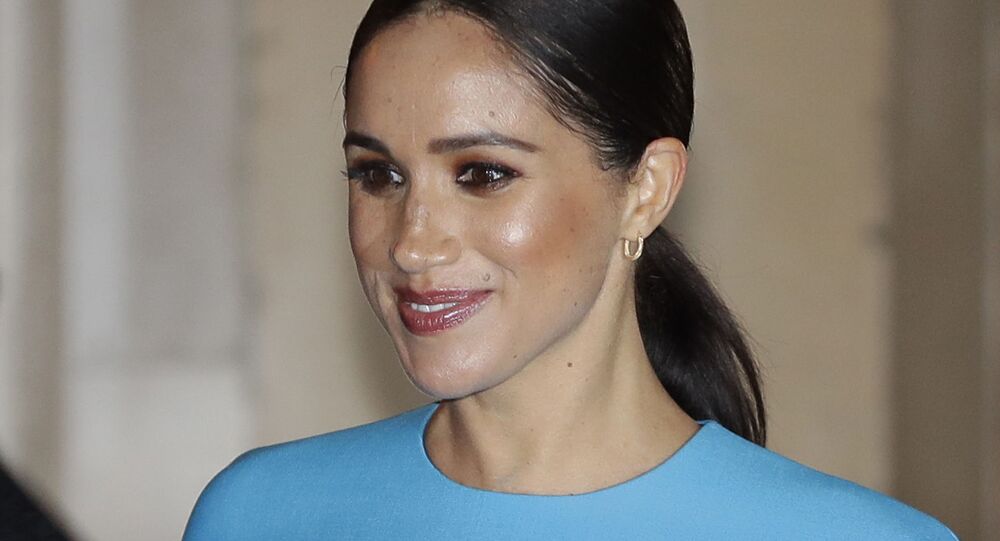 Harry and Meghan MUST name names. You cannot and should not be allowed to go around spraying accusations of racism on to people without being specific about who the alleged racist is and indeed what was the context of their remark.

I thought that last night’s soft soap ‘Oprah’ on ITV was funny, stupid, sad, largely unbelievable and clearly scripted by someone with a crayon and was just the latest instalment in Harry and Meg trying to stitch up the Royal Family.

However, the bombshell accusation of racism and the way the that the MSM this morning have taken up this allegation as if it is undisputed fact is clearly very dangerous for the Royal family and indeed the country.

Oprah, who should have pressed Harry and Meghan to actually name the racist, instead chose to pour petrol on the flames by stating, after the programme, that Harry had told her that it was not the Queen or her husband who made the remark.

So, let’s be frank, that only leaves Charles, William, Camilla or Kate and most people have already narrowed the field down to Charles or William..

The Queen must front this up and the senior Royals who have been all but named must stand up and be counted and deny they said the alleged comment.

Meghan and Harry gave different accounts of who it was allegedly said to and when, during the actual programme. We need clarity and we should demand clarity.

Only by robust denials or an explanation of the circumstances and the intent of the alleged comment will we know if Meghan and Harry are telling the truth and we do need the truth as soon as possible.

The mental health claims could be answered almost immediately and need to be because of their echoes of the way Diana was treated.

I thought and I guess most people thought that the royal family had learned from those tragic events.

Clearly we as a society have, as we are all taking mental health issues much more seriously. If this has not been happening in the Royal family then it must be addressed immediately.

It should be fairly easy to clarify as Meghan said she went to the HR department, didn’t she? If she was actually refused help then of course that is really serious and the Royal family including the Queen must be held accountable for that.
We need facts, not a witch hunt

© AFP 2021 / BEN STANSALL
Joe Biden Lauds Meghan Markle's 'Courage' to Reveal Mental Health Struggles in Shock Oprah Interview
However, in the woke world of the MSM, especially the BBC, both of these allegations are being taking as if they are the gospel truth. Meanwhile, the other inaccuracies of Meghan’s ‘truth’ seem to have been forgotten.

Let me remind you that she stated that they got married three days earlier than the big £30 million-pound Windsor ceremony we all paid for. They have now ‘rowed back” on this and said it was a ‘rehearsal’.

Meghan said she didn’t google Harry before starting her relationship and had little knowledge of the Royal Family. I am sorry and maybe I’m being unfair but I find this really hard to believe.

All her nonsense about Archie not being given a title because of his potential skin colour was rubbished almost immediately by every Royal expert and of course he will get a title and become a Prince when Charles becomes King.

There seemed to be a rewriting of history when it came to the supply and more importantly the payment of their security when they decided to leave their royal roles.

Well, the Royal protection is supplied by the Metropolitan Police and it us the taxpayer who effectively pay for it so why should you and I pay for something that is no longer working for us?

I also want some sense of what Harry means by saying that he felt ‘let down’ by his father. This seems to be a really bitter accusation and to be honest, I don’t blame Charles if he stopped taking Harry’s calls for a while, after he walked out on his Royal duty. This happens in families, doesn’t it?

© REUTERS / HARPO PRODUCTIONS
Actress Simi Garewal Regrets Calling Meghan Markle 'Evil' Over Bombshell Interview After Facing Flak
Now Meghan’s dad has been on Breakfast TV saying that he doesn’t believe that the Royal Family is racist and that the comment about Archie’s skin colour could be just ‘a dumb question’. I think a lot of people of all colours might be tempted to agree with him. But we still don’t know, do we?

However, his interview and his description of his estrangement from his daughter was incredibly sad. As with all families the issues are complex.

We need the truth and we need it now. But we need facts, not a witch-hunt and we certainly don’t need trial by the MSM broadcasters.