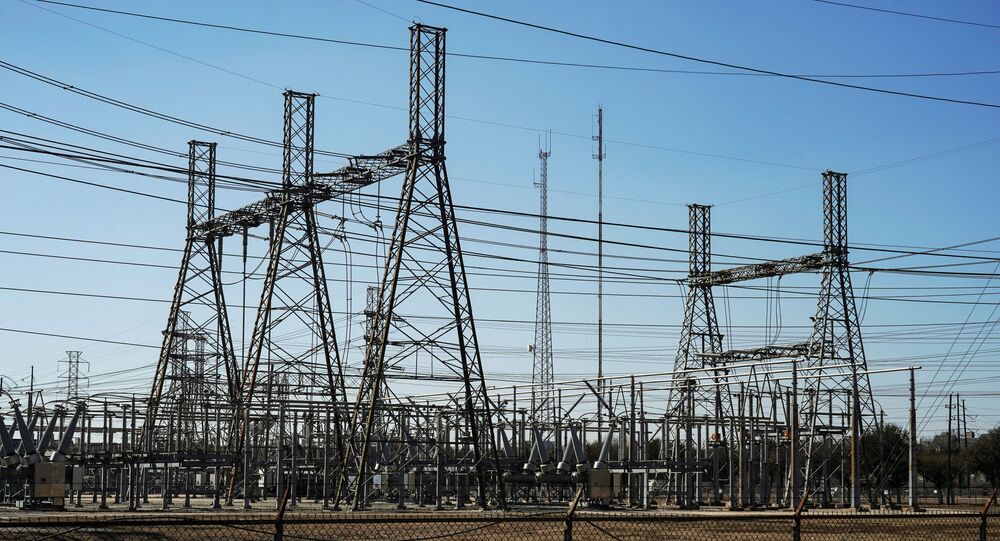 Fresh from his toe-curling scandal over the Texas power-grid disaster, Senator Ted Cruz has weighed in to offer his views on “energy security” for Europe.

Cruz and other Republican lawmakers are accusing the Biden administration of reneging on commitments to derail the Nord Stream 2 pipeline, which is under construction and is intended to expand the supply of natural gas to Europe from Russia.

The Texan senator this week stated: “The Biden administration is signaling it is willing to let the pipeline be completed with catastrophic implications for American national security and for the energy security of our European allies.”

This is the same Ted Cruz who fled with his family to a sunny resort in Mexico last week while millions of his fellow Texan citizens were plunged into freezing, life-threatening conditions due to massive failure of the state’s power grid. He was forced to quickly return from his Caribbean getaway when a public outcry ensued as Texans were reduced to burning furniture in their homes to keep way amid sub-zero temperatures.

The Texas power failure is seen as a fiasco resulting from years of bad state planning and the vagaries of a deregulated capitalist energy market whereby companies make rip-off profits at the expense of millions of hapless consumers. The blackout this winter precipitated by record snowfall has exposed the crumby infrastructure.

Cruz and other Texan lawmakers who are gung-ho proponents of deregulated energy markets bear direct responsibility for the dire conditions facing millions of Texans – and this in a state which claims to be the “energy capital” of the United States.

The incompetence and arrogance is staggering. And yet what’s more, Ted Cruz has the neck to express concern about “energy security” for Europe with regard to the Nord Stream 2 pipeline.

His comments were triggered by a State Department report on sanctions being imposed on companies involved in Nord Stream 2. That project comprises a consortium of Russian and European companies which is scheduled to double the supply of gas from Russia to the European Union. The €9.5 billion pipeline under the Baltic Sea is a decade in the making and nearly 95 per cent complete.

The Biden administration, like its Trump predecessor, has vowed to terminate the Russian-European energy partnership with sanctions.

But Cruz and other Republicans were angered that more sanctions were not forthcoming at this stage, thus claiming that the Biden administration was going soft and giving “a gift to Russia”.

It’s hard to bear thinking how stupid and self-entitled American politicians are. And that’s whether they are Republican or Democrat.

They want to block Europe benefiting from Russian gas which is affordable, environmentally clean and will secure energy supply for future generations of Europeans. Instead, the Americans want to supply their own much more expensive product from an unsustainable and environmentally destructive fracking industry.

Laughably, American politicians feign a concern about “security” for Europe, claiming that Russian gas will give Moscow leverage over Europe. Of course, it is blatantly obvious that the real concern is to corner a strategic energy market for American exports and to exert Washington’s hegemony over Europe by dividing it from Russia.

Market principles of supply and demand and competitive costs, including environmental costs, have got nothing to do with it. It’s just American might-is-right presumption and weaponizing of oil markets for naked corporate self-interest.

Given the horror show that is Texas right now and the mayhem from near collapse of its power system for millions of freezing citizens, anything that American politicians have to say on the matter of energy markets should be dismissed with contempt.

And of all Americans, Ted Cruz and his Republican cohorts are uniquely unqualified. Cruz and his Texas cowboy capitalists have shafted millions of their own constituents after years of wrangling to maximize profits for predatory power companies.

Cruz has a special interest in damaging Nord Stream 2 in Europe because that would reap profits for American energy companies from which he receives lucrative political donations. But the same devastating risks of energy insecurity will be imposed on Europeans as they are on Texans if Cruz were to get his way.

Europe, and Germany in particular, is not going to buy this American con. So, if the Americans insist, then they’re “Cruz-ing for a bruising”.