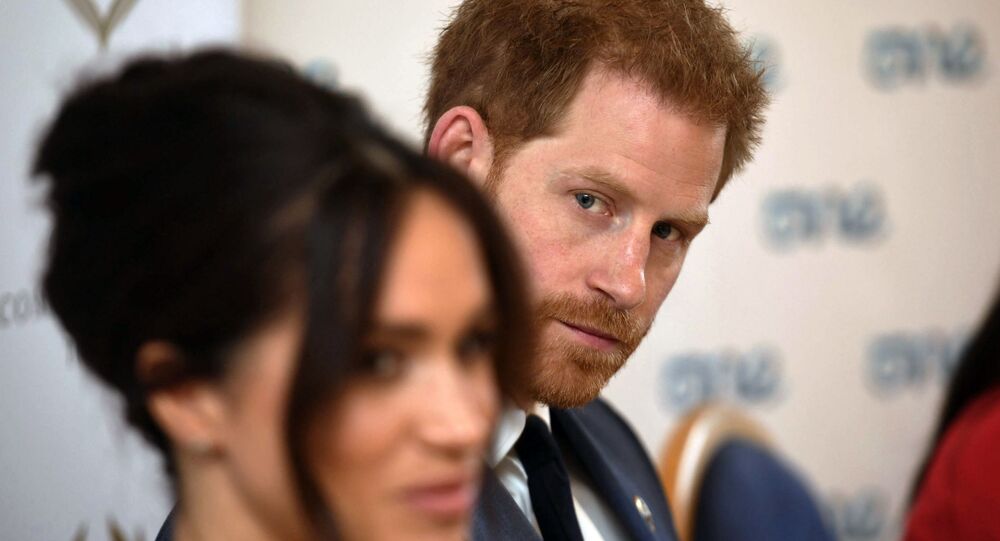 The Queen is right to strip Harry of all Royal titles. Who can blame her Majesty for eventually reacting in this way?

Harry and Meghan’s decision to go on Oprah to talk about their lives and the Royal family in front of millions of viewers was clearly a step to far for the Queen and indeed our country.

How does this interview match up with their demands for privacy? Is there not a central contradiction there? Or are they only going on the chat show to enhance their multimillion-dollar deal with Netflix.

The hypocrisy is off the scale.

Whilst Britain is living through a pandemic they were giving an impression of feathering their own nest.

Pompously issuing statements about privilege and global warming from their 16 bedroom LA mansion or private jets they thought that they could lecture the rest of us on how to live our lives.

Meanwhile Harry’s brother, sister-in-law, Dad, Camilla and indeed the Queen are doing everything they can to lift morale and simultaneously worrying about his 99-year-old granddad in hospital.

Now we are told that Harry is self-isolating in LA just in case he has to fly back, by private jet presumably, if his Granddad's condition worsens.

I guess we should be grateful that Harry is at least thinking of his duty in this respect but real respect would have been to give his family more notice that he wanted to quit and also would have been to allow the Queen to see Archie more, wouldn’t it?

The latest posed photos that accompanied the announcement that Meghan’s expecting another baby were cringeworthy and so predictable.

The famously ‘private couple’ bleated that they wanted to be alone, whilst simultaneously sending the picture to every news outlet in the world?!

© REUTERS / Kirsty Wigglesworth
'It's All Over': Australian Tabloid Claims Royal 'Split' as Harry & Meghan Expecting Second Child
Please don’t get me wrong, I am happy for them, as I would be for any couple who announce that they are having a baby, especially a couple who have been through the misery and tragedy of a recent miscarriage. However, this was a photo too far, surely?

I still have quite a bit of sympathy for Harry, what with him losing his mum at such a tender age. The ridiculous cruel spectacle of him as a young lad having to parade behind her funeral cortège is still clear in my mind and is still distressing.

Clearly Diana’s death affected him in many ways, and let’s be honest, he was a bit of a boy for a time. But if I am honest I think I preferred him when he was falling out of nightclubs and playing naked pool in Vegas with a bevy of what the tabloids describe as ‘party girls.’

This is the kind of behaviour we expect of our unelected bored aristocrats, isn’t it?

Then to be fair to him he also served in the army and saw conflict and of course created the wonderful and life changing Invictus Games which have helped so many of our wounded heroes.

© AP Photo / Finnbarr Webster
Prince Harry Settles Libel Suit Against the Mail on Sunday Publisher Over 'Baseless' Marines Story
But then he met Meghan and he has gone from hero to zero in most Brits eyes and has lost the respect of many.

People have blamed Meghan for his transformation as if she is some kind of Lady Macbeth figure, but this is unfair.

I saw them as modern day Del boy and Rodney trying to sell their dodgy links to royalty on a website that was clearly trying to trade off their royal connection. A case of, ‘this time next year Harry, we will be multi-billionaires!’

However, the truth now is that Harry is no longer a member of our Royal Family.

That was his or probably more likely Meghan’s decision and as such he cannot and should not be allowed to trade off his former life or receive any of the perks associated with it.

Harry was born, not only with a silver spoon in his mouth, but a whole canteen of silver cutlery.

He and she have decided to trade that in the for the baubles and tat of Tinseltown with no responsibility or care shown for their heritage, his family or our history and traditions.

From now on he should be referred to clearly as Harry the Aristo formally known as Prince.