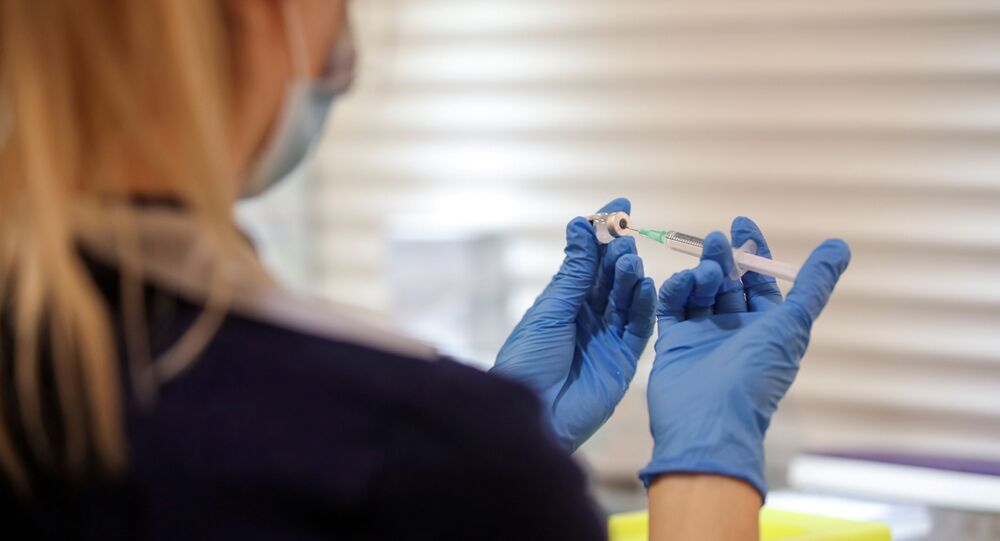 Can the boffins rapidly roll out a vaccine that shuts up the dangerous anti-vaxxers? I am fed up of hearing these cranks and crackpots spreading their half-baked and usually misspelt theories all over the internet.

Look, if you don’t want to have the Covid vaccine then, I guess in a democracy, that is your choice. However, you should also realise that the choice you are making is going to effectively make you a virtual prisoner in your own home for eternity.

We live in a society and as the old poem states, no one is or can be an island and that is why I am all in favour of the government rolling out so-called vaccination passports if you want to travel.

The majority of people in this country are desperate for the vaccine and like my elderly family members are delighted when they receive it. They know, I know and you know that mass vaccinations are the only way out of this nightmare just as they were for terrible illnesses like TB, Polio and Rubella.

When you have a vaccine, you are not only taking it to protect yourself - you are taking it for the rest of your society, your community. As one of our greatest ever poets John Donne wrote in 1624:

No man is an island entire of itself,
Every man is a piece of the continent,
A part of the main.

If a clod be washed away by the sea,
Europe is the less,
As well as if a promontory were,
As well as any manor of thy friend's,
Or of thine own were.

Any man's death diminishes me,
Because I am involved in mankind,
And therefore never send to know for whom the bell tolls;

It tolls for thee.

Donne's poem also has a very important message to those who feel that Covid is only "a bad case of flu" and only really killing the very elderly and frail in a perverted and twisted game of state euthanasia.

He says that every death diminishes us all as a society and therefore we should all realise that the bell is tolling for all of us.

So, Vaccine deniers you can carry on believing in the right not to have Bill Gates controlling your every move, or that the vaccine is deadlier than the virus, or that it’s not halal or whatever nonsensical theory you have just half read on ‘Twatter.’ But please allow the rest of us, THE MAJORITY, to have the right not to want you to come and fix our plumbing, sit in a bar or get on a plane with us. What about our "YUMAN" rights?

Instead of just talking about so-called Bio passports so we can go to Greece this summer the government should stop dithering and delaying and just implement them and then other countries will follow suit. Let's make the world a safer place for all of our tomorrows.

Delay only leads to the fiasco we are seeing now about quarantine hotels where it appears that Basil Fawlty and Manuel are in charge of hotels requisition!

© AP Photo / Natacha Pisarenko
In this Aug. 14, 2020, file photo, laboratory technicians work at the mAbxience biopharmaceutical company on an experimental coronavirus vaccine developed by Oxford University and the laboratory AstraZeneca in Garin, Argentina.

The government's handling of getting the quarantine system into a place has descended into farce and soon it will be a tragi-comedy as people start to die or are allowed to continue to come back into wider society without checks and quarantine.

Boris, these Covidiots should never have been travelling in the first place so ignore their bleating and make them pay for their own quarantine in secure airport hotels from today

Today James Cleverly (I'm sure there's a joke there!) is on TV trying to defend this omnishambles.

Hoteliers are today being told to ready their hotels to take in returning Brits in 14 days.

However back on January 27th, the Home Secretary Priti Patel said the Government were thinking of doing this. So, why is it taking more than a month to implement this vital policy?

I have seen sloths react quicker than this government is to this crisis.

Why didn’t Priti get straight on to the phone and speak to Australia on how to do this? Evidently, she only phoned them yesterday. People got in touch with "Ten Pound Poms" quicker back in the sixties when you had to book a phone call, didn't they?

What is it with Boris Johnson's government?  Why are they all infected with dither and delay?

Make a decision for God's sake - and stick with it.

There should be no red list of 33 countries. We should be stopping all entry into the UK and worse than that: it should have happened back in March like it did in Australia and New Zealand, then there would be no need for hotel requisition.

Saga Cruises, Qantas and many other companies have all followed the lead of Pimlico Plumbers in calling for proof of vaccination and who can blame them?  It is clearly common sense so Boris forget the bleating of the "yuman" rights libertarian looneys and implement it today.

Too often in this crisis, Boris has resembled Sergeant Wilson in Dads Army where he has attempted, with his libertarian values, to persuade and cajole people to play by and abide by the rules.

It's been a case of, "would you mind awfully, chaps doing this?" Rather than giving clear concise orders, leading from the front, and getting the bloody job done.

I want to be safe and I don’t mind being accused of being a bedwetter by the libertarian lunatic fringe as I would rather be in a wet bed than dead!