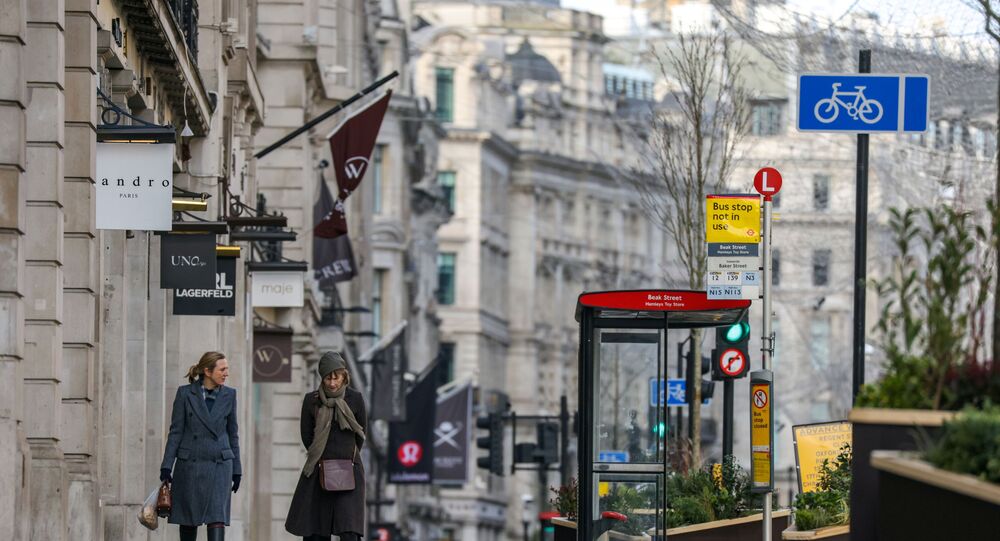 We heard this week that PM Johnson hopes to publish a plan for a ‘gradual and phased’ relaxation of Covid restrictions in late February, to begin from 8th March, but that’s far too late seeing the terrible damage lockdown is causing.

Whenever the political class start talking about ‘road maps’, head for the hills. Remember Bush and Blair’s ’road map’ for Middle East peace? That worked out well didn’t it?

Now Boris Johnson is at it, saying he hopes to publish a detailed roadmap on how lockdown could be eased in March.

But even if the Prime Minister does keep to his word- and he’s already given himself a get-out clause with so many caveats- and restrictions do start to be lifted from March, it’ll be far too late. To have any hope of saving the country we need to end lockdown right now.

It’s no exaggeration to say that lockdown is destroying Britain. It’s destroying our health, our wealth and our happiness.

© CC BY-SA 4.0 / Txllxt TxllxT/Wikimedia Commons
UK Economy Heading for the Rocks Unless Life Returns to the Normal Without Delay

I have lived in the UK for most of my life and have never known people to be so demoralised and depressed. That’s backed up by the figures which show a record number of people in England on anti-depressants. This week it was reported that the London Ambulance alone saw calls relation to suicide or attempted suicide jump 33% from 11,703 in March-November 2019 to 15,541 in the same period in 2020.

The damage that lockdowns and other restrictions on meeting friends & family and social gatherings are doing to this country’s mental health is terrible. https://t.co/eeoJWPPQ54

​Is it any wonder why people feel so unhappy when they are told not to meet their friends, families and loved-ones- and not even to chat to people in supermarkets? Man is a social animal and if he is deprived of social contact then of course there will be extremely negative repercussions for mental health.

In November, the Office for Budget Responsibility estimated that borrowing for the current financial year (April 2020-April 2021) would be just shy of £400bn. How can the country afford this? The short answer is: it can’t. Britain is living beyond its means and when the bill finally has to be paid, we can be sure it won’t be the super-rich who have benefited most from lockdown who will be paying it, but ordinary people, just like after the 2008 financial crash.

In 2020 the UK economy suffered its largest fall in output for 300 years, with redundancies reaching a record level in November, so how do we begin 2021? With another lockdown! Unemployment is predicted to reach 2.6m (7.5%) in the middle of 2021, but if it does rise to ‘only’ that, we’ll be getting off very lightly. The Bank of England says there’s a chance the jobless total will reach as high as 10% and at the moment that looks much more likely. The economic depression that will engulf us will make the downturn of the early 1980s - and even the Great Depression of the 1930s -pale in comparison.   We are talking about the wipe-out of whole sectors of the ‘old’ economy.

© Blogger photo / Neil Clark
How Long Can Sport Survive ‘Behind Closed Doors’ or Being Suspended due to Lockdown?

Given their enormous costs, it is obscene that lockdowns are even put forward as a policy option, let alone promoted so enthusiastically by those who claim to represent the poor- who are the biggest losers of all from such draconian measures.
Yet lockdowns continue. Even though the countries which locked down longest and hardest are at the top of the per capita deaths table for Covid, while those who didn‘t lock down at all, like Belarus, are way down. That alone should give the lockdown zealots food for thought, as indeed should the spike in deaths in already locked-down care homes, but instead of acknowledging the tremendous harm that restrictions are causing, they instead double down and target ‘lockdown sceptics’ for online abuse and witch-hunting, with the independently-minded Tory MP, Sir Desmond Swayne being the latest target. Of course it’s very easy to be pro-lockdown if you’re in a very well-paid job and you will continue to be paid a full salary however long restrictions last. If lockdown-supporting MPs (and that’s the vast majority of them), and the behavioural psychologists on SAGE, swapped positions with those whose livelihoods are threatened, I suspect their enthusiasm for lockdowns would soon wane. Every day that the current restrictions continue is a day of disaster for Britain. We need to end this nightmare now, because if we delay until the spring or summer, the damage will be just too great to put right.

Cheltenham races has been abandoned, due to a waterlogged course, but there’s still a good card at Doncaster on Saturday, with the highlight being the 3m SkyBet Handicap Chase (aka ‘The Great Yorkshire’) due off at 3.15.

Trainer Alan King, who is having an excellent season,  won this in 2016 and 2017, so his representative Canelo, a 6-1 chance, has to go on the short-list. The JP McManus owned-gelding has gone up 8lbs after winning the Rowland Meyrick at Wetherby on Boxing Day but travelled very well that day and could still be improving.

Cap Du Nord (9-2), won comfortably at Newbury two starts ago and lost nothing in defeat to Royal Pagaille (an easy winner of the Peter Marsh at Haydock last week) on his next run at Kempton, so also warrants serious consideration. Of the outsiders the Kim Bailey-trained Rocky’s Treasure looks overpriced at 20s. The Bailey-Bass combo won the big race at Ascot last week with a 14-1 shot (First Flow) and their representative at Doncaster has a great course record, with three wins at the South Yorkshire track already in the bag.
Elsewhere on the card 15-2 shot Mercian Knight makes each-way appeal in the 3.50. The seven-year-old’s best performance over hurdles came at Doncaster in December 2019 (he was also third at the track over timber last March), and his form over fences reads 542, indicating a win won’t be long off.

Bottom-team Sheffield United stunned high-flying Man Utd with a 2-1 win at Old Trafford in the week, but can the Blades find their cutting edge again, when they go to Man City on Saturday afternoon? City should win (they have won their last eleven matches in all competitions) , but it might be a close call, especially as we remember Utd only lost 0-1 and 0-2 to Pep Guardiola’s team last season. Elsewhere Arsenal entertain Man Utd and on Sunday Liverpool, who got a much-needed win at Spurs in the week, face a potentially trick away fixture at in-form West Ham.