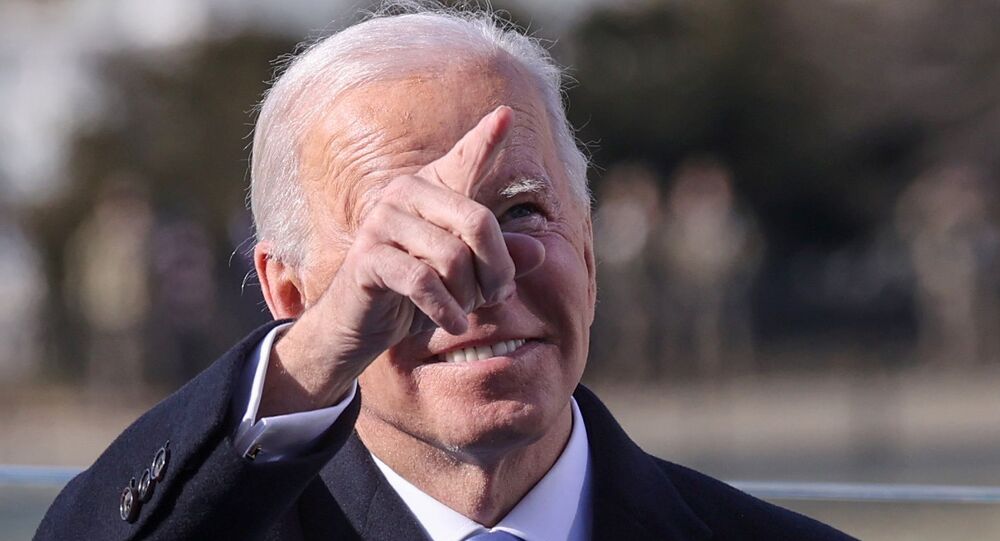 While listening to US President Joe Biden address his country and the world during his strictly controlled and carefully choreographed Inauguration Ceremony on Wednesday the axiom that chimed loudest in my mind was the time-served truth – Actions Speak Louder than Words.

The speech was very good and even well delivered by a man not noted for oratorical skills. The sentiments expressed were powerful and inspiring. His acknowledgement of the challenges ahead was refreshing in its scope. But in the context of an unprecedented ceremony requiring 25,000 National Guard troops to protect it and barely fourteen days after the building and steps they occupied had been invaded by an armed mob determined to overturn his election in the belief it was rigged Biden too had to be aware of the central fact that he will be judged by his actions not his words in dealing with the present state of the nation:

“A once-in-a-century virus … has taken as many lives in one year as America lost in all of World War II. Millions of jobs have been lost. Hundreds of thousands of businesses closed. A cry for racial justice some 400 years in the making...A cry for survival comes from the planet itself. And now, a rise in political extremism, white supremacy, domestic terrorism…To overcome these challenges – to restore the soul and to secure the future of America – requires more than words. It requires that most elusive of things in a democracy: Unity.”

Unfortunately, over 70 million Americans voted for Trump’s menu of intolerant white supremacism, nationalism, hate and racism. According to reputable opinion polls and informed sources half of those Republican voters believe Trump won the election, almost 40 million people, while 45% of them supported the violent assault on Washington on 6th January and 57% want Trump as their candidate again in four years’ time.

A man who was exposed irrefutably as a serial liar and promoter of racism and white supremacist ultra-nationalism while he ignored and undermined the scientific evidence in relation to both climate change danger and the Covid-19 pandemic threat not only received millions more votes in 2020 than he did in 2016; he also retains support even after playing a central role in a violent, illegal attempted coup which resulted in six lives being lost and scores being injured.

Trump Support Grew Despite Loss of Over 400,000 US Lives to Covid19 Under His Watch

This man’s leadership during the Covid19 pandemic, as noted by Biden, has resulted in the largest loss of life in the world and more deaths in the space of one year than the US experienced during their four-year involvement in World War Two. That is a truly shocking and shameful statistic and Trump himself is a shocking and shameful liar and racist, but he is the living embodiment of years of political corruption, deceit and nepotism which enabled his takeover of the Republican party and victory in 2016 against all the odds and expert predictions.

If Joe Biden thinks pressing a reset button to take America back to where they were pre-Trump is all that is required, his tenure will be dominated by revolt, disorder, violent confrontations and renewed surges in racial division and terror. To sort the radical problems confronting American society Biden will have to adopt radical policies and solutions that tear down the pillars of American neo-liberalism. The low wage and casualised economy. The obscene inequalities of wealth and power. The racism which pollutes the education, employment, police, criminal justice, and penal systems.

American corporations and billionaires have never been richer, yet wage poverty across America is a growing scandal trapping 53 million workers, 44% of the workforce, in a swamp of working poverty with wages inadequate to meet housing, health, food, heating and other essential outgoings. If Biden does not implement a radical minimum wage policy and force the corporations and billionaires to pay their taxes poverty will get deeper and resentment among those who know they are getting a raw deal will grow.

Millions have lost their jobs during the pandemic so an urgent and emergency programme of public works to build new homes, schools and hospitals while repairing other infrastructure is necessary to lift millions out of the ditches they find themselves in as a result of the Covid19 restrictions.

Education in America is not of great quality at school level but is exclusionary at a higher level because of punishing fees and the prospect of huge debts for potential graduates. If any population is to be insulated from cheap lies and half-truths that feed intolerance, racism and hate, proper education for all is key. Ignorance is the mid-wife of the white supremacist ideas and ideology that has become resurgent under Trump’s Presidency. If Biden does not take up the Bernie Sanders’ proposals like student debt cancellation and expanding access to higher education then ignorance will continue to stalk America like a predator recruiting more confused and empty minds to simplistic, racist, and intolerant agendas.

To the world Biden said:

“…here is my message to those beyond our borders: America has been tested and we have come out stronger for it. We will repair our alliances and engage with the world once again. Not to meet yesterday’s challenges, but today’s and tomorrow’s. We will lead not merely by the example of our power but by the power of our example”.

It reads well and sounds good until you hold the rhetoric up to the light of reality for examination. Despite years of deadly and illegal economic sanctions against the democratically elected socialist government of Nicolas Maduro in Venezuela stretching back to 2015 and involving blockades on essential medicines and foodstuffs and strangling the ability of the publicly owned oil company to trade anywhere to generate income for her people resulting in a premature loss of up to 100,000 Venezuelan lives Biden’s advisors have declared they will continue with these deadly and illegal sanctions. They continue to ignore the democratically expressed will of over six million Venezuelans by recognising a stooge puppet as President, Juan Guaido, an individual who doesn’t even hold a seat in the Venezuela National Assembly any longer, leading to even the slavish EU now reviewing their former support.

Where is the humility from a newly elected President in a country where up to 40 million voters consider his victory fraudulent? References to Maduro in Venezuela as a ‘tyrant’ make little sense when he rules in a country that has held ten elections in twenty years for Presidents and National Assembly positions, elections judged by the Carter foundation which monitors international elections as amongst the fairest and most transparent in the world. How dare America unilaterally impose deadly economic sanctions, considered by many as a modern form of terrorism and classed as crimes against humanity by others.

In the last year alone the US government has diverted over $50 million to support their stooge Guaido and build opposition to the elected government of Maduro. Fifty million dollars in the last year during a horrendous health crisis, not to help the people denied medical supplies and foodstuffs but to aid a rabid right-wing politician who was ejected from the National Assembly last December and represents no-one but the elite in Venezuela and big business interests in America. Do yourself a favour and set aside the 20 minutes required to watch the Empire Files dissection of Venezuela and US attempts to destabilise the regime and overthrow the government without a scintilla of international authority or the knowledge of the American people.

Mr President Biden, until you withdraw your goons from Venezuela and cancel the deadly and illegal sanctions which have no democratic, moral or legal legitimacy your words about leading by ‘power of example’ rather than ‘example of power’ is simply deceit laden prose with deadly consequences. Until you lift sanctions on Venezuela, Cuba, Iran and the multitude of other sovereign nations and remove them from the terrorist-supporting list your predecessor placed them on, your America will continue to be viewed across the world not as a beacon of hope and democracy but a sponsor of despair, deceit and darkness. Your challenges are enormous, Mr Biden, but business as usual just will not cut it. Stop interfering in nations with a different political system to yours and start tackling your huge domestic problems of poverty, inequality, and healthcare. Otherwise, your speech will be remembered for its falsehoods and frailty, not its wisdom and integrity.