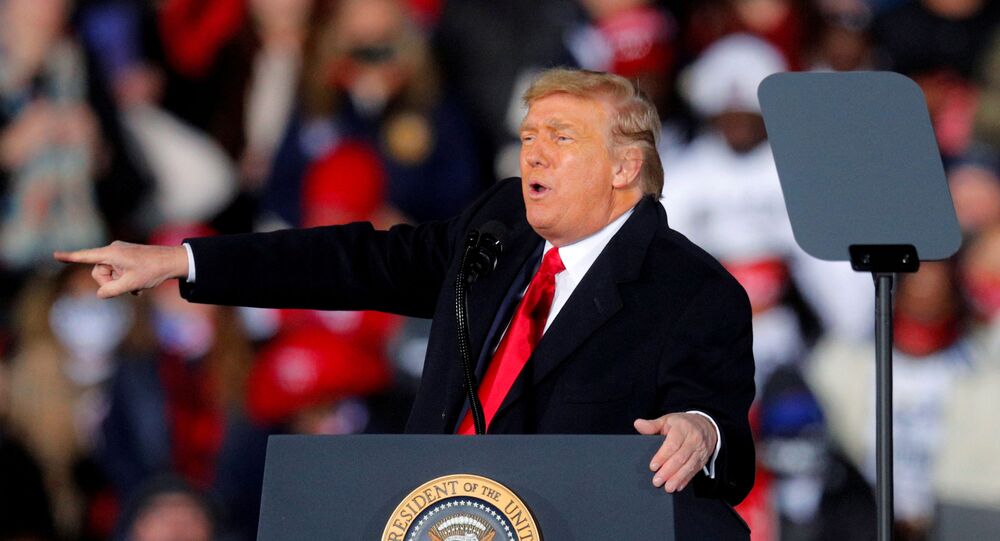 It’s getting nasty in “Trump world”. Anyone who doesn’t toe the line of pandering to the Liar-in-Chief is condemned as a traitor deserving a gory end.

The event last week of the deadly riot at the Capitol was most revealing of the paranoid mentality. Vice President Mike Pence – despite his usual obsequiousness to Trump – was denounced as “weak” by the president. That led to mobs storming into Congress demanding, “Hang Mike Pence!”

Trump reportedly never even bothered to phone his erstwhile loyal lieutenant who was holed up for several hours in some secure bunker with secret service agents to avoid being lynched by the fascist militants scouring the Capitol.

Pence was deemed a “traitor” because he wouldn’t go along with the delusion that Trump had been cheated out of the presidential election.

The vice president notified his boss the day before the certification process in Congress on January 6 that he had not the constitutional power to overturn the November 3 result in favor of Democrat candidate Joe Biden.

That refusal to engage in an unconstitutional act – a coup – was enough to get Pence labelled as a traitor by pro-Trump militia with what appears to have been meant as the ultimate sanction against his life – or were they only playacting executioners with a noose?

Pence is not alone. A slew of former Trump aides and confidants who also have given up the ghost of baseless “election fraud” claims have similarly been pilloried.

William Barr, the attorney general, was panned for accepting the election result. So too has Mitch McConnell, the Senate Republican leader. Other senators like Mitt Romney and Lindsey Graham who also refused to go along with the extra-legal repudiation of Biden’s election have been vilified as “traitors”.

This is typical of Trump’s narcissistic sociopathy. You don’t go along with his megalomaniac diktats, then you’re out, and mercilessly smeared. It says more about the low quality of Trump’s character that he can so ruthlessly stab former “friends” in the back.

Think of so many former Cabinet members whom Trump has character-assassinated after they resigned or he kicked them out.

If his wife Melania ever divorces him, you can bet on the same cheap reaction: a torrent of invective with personal toxic attacks.

It’s how a megalomaniac behaves. The ego must be gratified at all times and when the delusions are not indulged then the fury is explosive, the mudslinging and scrabbling as dirty as it gets.

Trump’s presidency has been one giant con-job befitting a real estate grifter whose whole creed is buying cheap and selling over-priced. He promised to end endless wars and he vowed to “drain the swamp”. He did neither. Not only that but the “forgotten” ordinary Americans he claimed to be championing ended up more poor than ever. Trump didn’t drain the swamp, he filled it up, making sure his administration oversaw ever-more wealth infusion to the already filthy rich: the Wall Street banks, hedge funds, corporate chiefs and billionaires like himself.

Trump’s presidency was an audacious scam. He’s part of the capitalist oligarchy that has no intention of making America great again for the vast majority of ordinary working Americans and their family.

(Admittedly, his defeated rival in 2016 Hillary Clinton would have been no better.)

What Americans need is a political party and leadership that truly fights for their economic and social interests. Neither the Wall Street-owned Democrats or Republicans can deliver on that. And certainly not someone like Trump who is a sociopathic oligarch.

So, who is betraying who? Trump trying to get people out to overturn an election – an election in a flawed democracy mind you – in order to prolong his family’s cronyism is the scam that scrapes the barrel.

Here’s the thing: the demagogue Trump is going to end up being declared a “traitor” by his own diehard supporters. Because the delusions he has peddled will in the end collide with reality.

The so-called “stop the steal” campaign against the presidential election is a delusion heading for collision. People have already been killed and a lot more may yet die if the armed fascist militia deliver on their threats to sabotage the inauguration of Joe Biden next week.

Any blood spilled will be in vain though. People are being mobilized by a conman to fight a wrong fight, when they should be focused on defeating the two-party system of capitalist-militarist corruption.