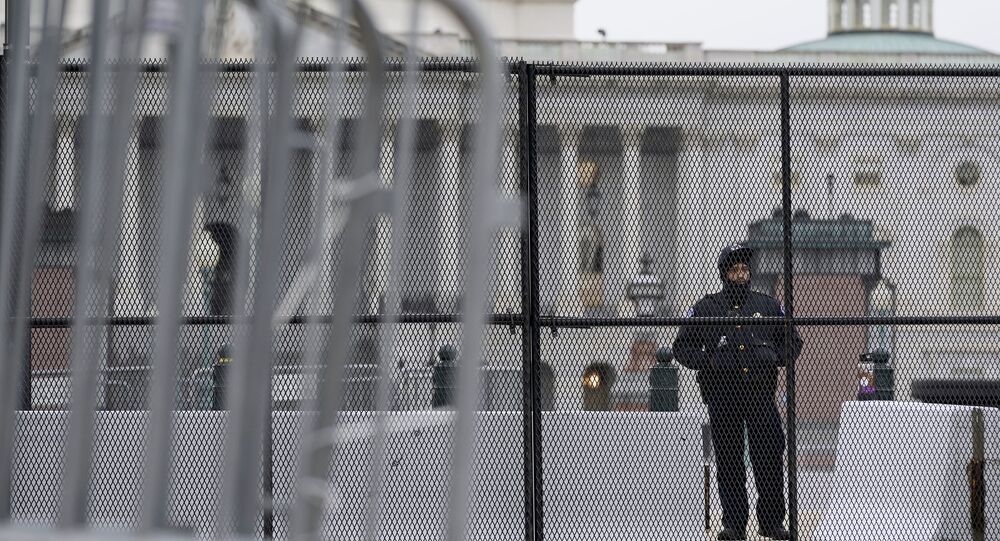 Thank god that Donald Trump has now conceded and condemned the violent morons that invaded the US Capitol this week. However, Trump’s much too late “outrage” over what he’s describing as a “heinous” act does not clear him of responsibility for provoking this riot.

What he did was wrong, totally wrong.

No one should ever forget that five people died as a result of his loose mouth!

Trump came to power largely on the promise of draining the swamp and spoke directly to his supporters over the head of the MSM but his winding up of the violent mob was a spectacular own goal.

It has also allowed the swamp and the MSM, both in the USA and here in the UK, to go on full attack and completely trash anything that he has achieved in his four-year term.

In short, after the violence, the swamp is now firmly back in control and will become even more disconnected from the masses.

The coverage by the MSM broadcasters has also lost all sense of balance.

The riot has allowed them to paint Donald Trump as a madman who achieved nothing in office.

They forget in their fury that he is the first President in years who has not taken the USA into a war.

They ignore the fact that he has been largely responsible for bringing the real hope of peace in the Middle East. For god’s sake he has got Israel talking to Bahrain, the UAE and even Saudi Arabia. He has also made great strides forward in North Korea.

He was making America great again and he was doing exactly what he said on the can.

Up until Covid reared its ugly dangerous head, the economy was also booming and he would have got a second term with a landslide against Joe Biden.

However, his handling of Covid was a disaster for America, American families and the economy and it is clear that this played a significant part in his defeat. Likewise, the rise of Black Lives Matter and his stupid Charlottesville comments added to his problems.

The swamp have become almost orgasmic over the fall of Trump and after 4 years of total opposition to him, with all the Russiagate cobblers, the failed Impeachment nonsense, the smears and the lies they think that they have now got their man.

Unfortunately for them millions of Americans loved him and his straight talking, even his bragging.

It’s also worth pointing out that the majority of the crowd that descended on Washington were peaceful demonstrators who were concerned about their democracy and believed that the election was ‘stolen’ from them.

Yes, some of Trump's claims around this issue were wild to say the least but there is no escaping the fact that over 70 million Americans think that there is something wrong at the heart of their democracy and their voting system.

This needs to be addressed, and addressed urgently by Joe Biden. Instead of speculating on how a BLM protest would have been policed and fuelling racial division he should be brining all communities together.

Instead of grandstanding and calling for the impeachment and the immediate removal of Trump by the 25th amendment, which will not happen as there are only 13 days to go, Biden should be seeking to investigate how the so-called heart of democracy could fall so easily to a mob of crackpots wearing Davey Crocket hats!

Where was security? Why did the Police effectively run away from the mob or pose for photos with them? Was the so-called deep state happy to see this riot to put the final nail in the coffin of Trump’s political career and the whole concept of Trumpism?

Trump did lose the election but make no mistake the political movement he created and inspired was very much alive until this riot.

Only a few weeks ago people were speculating that Trump would run again in 2024 and that his base would grow and vote for him again. Trumpism was the new political term on the block.

This must have terrified the Washington elite and their MSM mates. It must have also struck fear into the new media oligarchs who Trump has been trying to cut down to size.

Instead because of his loose dangerous mouth we now have a situation where Twitter and Facebook can silence the leader of the Free world.

You may not like Trump, you may not have voted for him but surely you should be worried about these totally unelected uber-liberals becoming the new censors of free speech?

Trump tapped right into the dissatisfaction and alienation that many feel to mainstream and career politicians. It was the same tactic used by Nigel Farage and the Brexit Party, and the political elite and their MSM mates didn’t and still don’t know how to deal with it.

The riot might have been suppressed and Trump may well have been drowned in the swamp but make no mistake: right across the Western world populism is growing and dissatisfaction and mistrust in the ruling elite is not going away. Just look at the reaction by many to the Lockdown rules.

People are seeing through the political pantomime and the old joke about not voting as the government always gets in has never been truer.

These are very dangerous times right across the globe and it is the politicians' of all persuasions urgent task to start listening to the people and acting on their instructions.