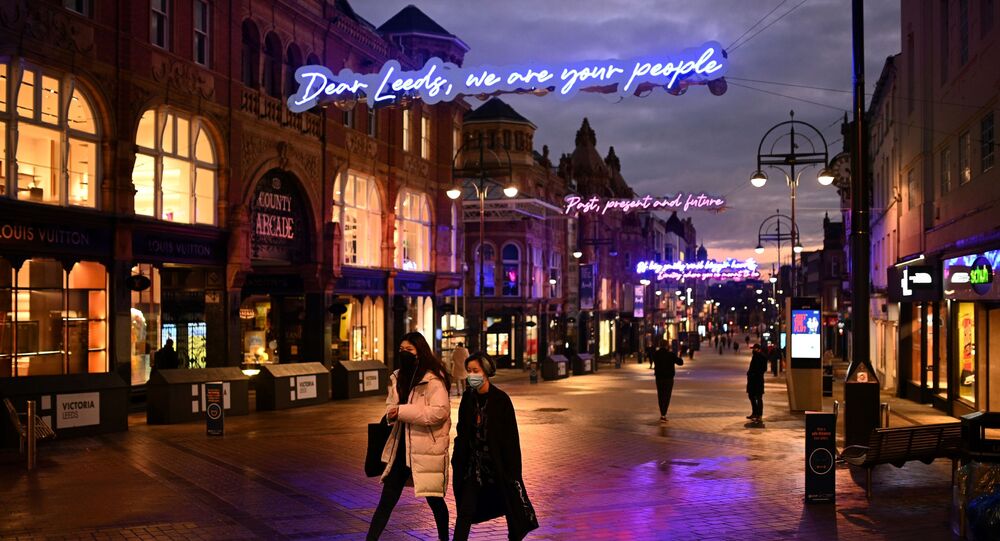 No One Wants a Lockdown…BUT!

They know and I know that he had no other choice when faced with the facts that 1 in 50 people in England are now infected.

However, he will never convince the lockdown cynics who are increasingly impossible to argue or debate with.

They are too busy quoting of mis-quoting Einstein. Stating that the definition of insanity is repeating the same mistake.

No, the definition of insanity is denying the fact there is a rising tide, almost a tsunami, of Covid approaching us, and you cannot sit on your hands and act like King Canute just demanding that the tide stops.

For the record the first lockdown did work

It was never meant to eradicate the virus it was meant to suppress the curve, AND that is exactly what it did.

Our collective sacrifice and effort got us back on top.

Yes, we have been cruelly let down by the Tory government and Matt Hancock in particular who failed, even though he spent £11 million pounds on it, to develop his ‘world beating’ track and trace app.

Boris has also too often impersonated Canute himself and sat on his hands WHEN he should have acted decisively.

The communication from the Government has also been abysmal.

However, anyone who still thinks that this is a hoax or a 'scamdemic' or 'plandemic' or some sort of global conspiracy are not only insane but also dangerous.

Why are people listening to conspiracy fools and tin hat merchants on Twitter? Why are plastically enhanced so-called Stars from Towie or Love Island being given air time and social media platforms to spout their ill-informed nonsense about the dangers of vaccinations?

These role models have all kinds of poison injected into their arses and have their lips pumped up to look like sucker fish but they’re worried about a Covid Vax?

All of this, of course, whilst they’re jetting off to Dubai and the Maldives for a photoshoot, bending the rules, and no doubt bringing back into the UK a lot more than just their thick ideas.

Talking of which, all foreign travel should be banned and that includes big mouths on the TV and radio and, of course, football stars.

Boris should also close all the airports and ports of entry.  We are an island so it is ridiculous that Boris still letting in thousands who could be carrying the virus.

I also said weeks and weeks ago that Boris needed to bring in a Government of all the ideas and that he should get the advice of ex-Prime Ministers who have been at the sharp end of national threats and I included Tony Blair in that list.

I see now at long last other people are suggesting the same thing which is why Tony Blair is now back in the news. His suggestion of only giving the one jab was dismissed but now is Government policy.

Nigel Farage is correct to say he needs to be brought in to the tent of government immediately and perhaps even be put in charge of the Vaccination programme.

However, instead of debating this idea sensibly those on the right centre are accusing Nigel of treachery and selling out whilst those on the left keep bleating on about Blair being a war criminal because of Iraq.

There may well be some validity in these arguments but they are irrelevant now when we are faced with the biggest threat since the second world war.

Blair’s latest idea to immediately use the armed services to plan and carry out the vaccination is bang on the money.

I suggested in a column that we should get ex-nurses and retired people to volunteer to become trained in being vaccinators and I was overjoyed to see the Sun newspaper picked up on this idea.

However, the government have put the kybosh on this by insisting that volunteers have to jump through the hoops of 21 different bits of paper and have to attend courses on diversity.

All of this political correctness needs to be thrown out of the window whilst we throw the kitchen sink at the virus.

Now that schools are closed let’s use their school halls and playgrounds like we do at General Elections as Vaccination centres.

Also, why on earth are the Government dragging their feet about not using local pharmacies to dish out the vaccine?

If the government think it is sensible to allow McDonalds to still operate drive-throughs why can’t we have drive-thru Vax centres?

What the public should do

Can we all honestly look in the mirror and say that we haven’t broken the rules or at least bent them?

Aided and abetted by the MSM who have shown us ingenious ways to still get a pint, remember the Scotch egg debate?

Today the Daily Mail are running a headline that breathlessly exclaims, “Police state UK: Police AND PCSOs can fine people if they aren't wearing a mask or don't have a good reason to be out and EVERYONE at an illegal gathering faces penalties of up to £10,000 - and the rules don't expire until MARCH 31”

Are these MSM organs now being edited by someone from Love Island?

Look, I know that the newspaper industry is dying but is there any need to go down to this level and to encourage click bait from society’s bottom feeders?

The laws are correct, you comply or get prosecuted. What’s wrong with that?

Look, the bottom line is this has to be a concerted and collective effort and I tend to agree with one of my fans who said that refusing to have the vaccination is akin to leaving the lights on during the Blitz. You are aiding and abetting the enemy.

We all need to act like our superb armed forces and forget about our ‘Yuman rights’ and civil liberties for a minute and act more like the military in a control and command structure.

That’s what we did in the first lockdown - let’s do it again!