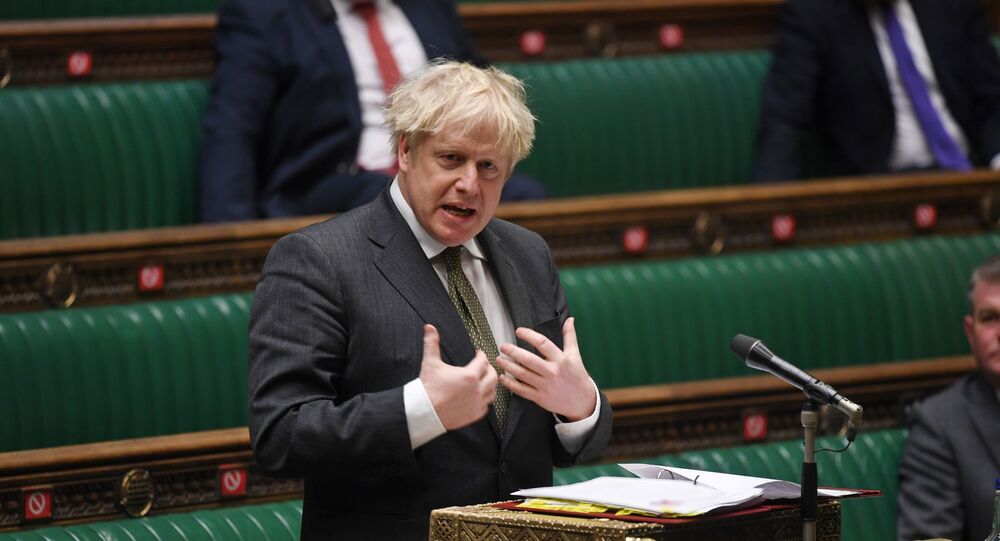 Dithering Boris and the selfish sods who left London on Saturday night should be condemned. Boris is clearly responsible for most of the mess we are now in and he should have made his announcement that Christmas was cancelled last week not on Saturday afternoon.

However, I agree with Matt Hancock that the selfish, self-centred and downright dangerous exodus from London on Saturday was ‘totally irresponsible.’

It’s clear that the actions of these Londoners sadly underline that the scale of pandemic is not just the fault of the clowns in charge.

The exodus was the clearest and starkest example of how people in the UK don’t seem to be able to take any form of responsibility for their own actions or to think about others.

We all have a part to play in beating this virus and it won’t be beaten if we only ever think of ourselves.

These Metropolitan Morons crammed themselves on to packed trains where there was no chance of any form of social distancing. They make me sick and their actions may well make many of their relatives very poorly.

I’m also fed up to the back teeth of the self-righteous fools who are infesting my social media telling me that I am a shill for the Government. Or that I am a fool, as this pandemic is a ‘plandemic’, a ‘scamdemic’ or all part of some evil plan masterminded by a cat stroking Bill Gates auditioning to be the next James Bond villain!

Their claims that most people who are dying are over 81 seems to be an excuse for a form of ‘State managed Euthanasia’.

Well, to use a cliched line I believe that all lives matter, not just those of youngsters.

They bleat that we should protect the vulnerable but let the virus rip and all get herd immunity whilst at the same time bragging that they won’t have a vaccination.

As for their pathetic demos on the streets of London, with no masks or social distancing, I would treat them the same way that they wanted the cultural Marxist of Black Lives Matter protestors dealt with months ago. Bring in the proverbial and the metaphorical water cannons and wash these dangerous, deluded fools off the streets.

Just because you supported Brexit and despise the bias of the Main Stream Media doesn’t mean you have to see everything as a conspiracy, does it?

School’s out for Winter

Meanwhile, Boris is still dithering and delaying, but this time on schools.

There is no way that him and hapless Hancock are going to get mass testing in place by the first week of January. So why doesn’t he do, what he will undoubtedly do anyway at the last moment on January 3 as we’re ironing the kids school uniforms, and accept that now?

He should state that schools will be closed until the end of January at the earliest or until the mass testing is fully in place.

For this to happen, he needs to ignore the Libertarian loonies in his own party and bring in the army NOW to install the system.

He should also announce that for all students next term is going completely on line in every University In the UK.

We don’t need students spreading the virus and behaving as many of them did last term.

Boris should also scrap the white elephant that is HS2.

We simply don’t need it and Covid has proved that.

However, what we do need is high speed broadband in every home in the UK and poorer kids need access to state funded computers so that no one is disadvantaged through home or zoom schooling.

This would be real levelling up Boris, not cutting 10 minutes on a train journey to London.

Give Hope to the Excluded

Let’s also have no more dithering and delaying over supporting the 3 MILLION people, the Excluded, who haven’t had a penny out of the public purse so far.

Based on their limited company accounts, the directors of these small firms should get help NOW and the payments should be backdated to when those on furlough first started getting their state aid.

Also, Boris start being open, honest and just level with us.

It’s pretty damn obvious, after this weekend’s news, that the hospitality sector is not going to re-open for months and looking at the furlough extension you know that too.

So, give certainty now to theatres, hotels, bars, music venues and theatres and offer them real support until the lights are allowed to come on again. Follow Germany’s example.

Boris, talking of following other nations’ examples, why don’t you go Dutch and close our airports as the Netherlands have done to all incoming flights?

Don’t repeat the mistake of the fist lockdown where people were still flying in from Covid hotspots like China, Milan and New York months later.

I see Italy and Belgium have already followed the Dutch lead.

Just Do it Boris!

Scrap the Tier system and just impose the same rules all over the UK. Make the rules rigid and firm, but mostly make them clear and concise. Clarity is everything Boris!

Anyone who breaks the rules serving in or working for the Government should be sacked immediately and you should seek a similar pledge from the MSM that they will deal with the likes of Kay Burley in exactly the same manner.

We should all be in this together Boris, so stop trying to please everyone.

You are not in a popularity contest, you’re meant to be leading us in a war.

So, start leading before it’s too late, and then hopefully the people will follow you.