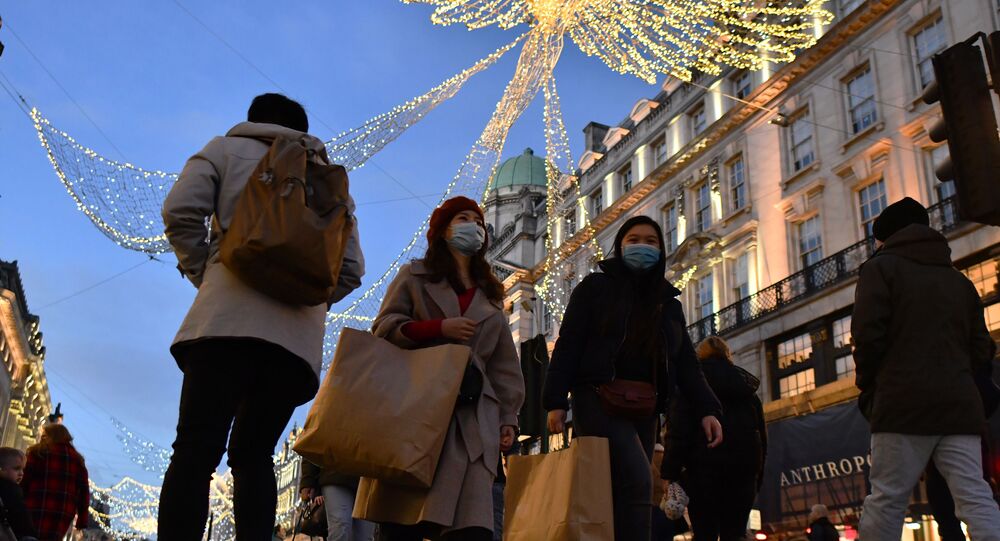 Boris, ‘Cancelling Christmas’ is not an act of a Grinch! It is plain common sense. The relaxation of the rules for five days over Christmas is increasingly looking like a crazy idea.

Like most of the UK, my family have spent hours discussing what to do about our Christmas and every time we come to a different conclusion.

Matt Hancock’s emergency decision yesterday to put London into Tier Three and his announcement that the virus has mutated just make the decision even harder.

Right from the start of the pandemic Boris said he was following the science but now just as we see a light at the end of the cliched tunnel in the form of a vaccine, it is clear that the scientists are taking a different path to the politicians.

This has resulted in a form of Vicky Pollard style messaging to the public of ‘yeah but no but’.

The decision on what to do at Christmas has clearly been passed on to us.

Am I being too cynical to suggest that the reason for this is that when your Granny or MUM does die in January the blame will be on You, not Boris and the Government?!

This is an act of political cynicism worthy of Pontius Pilate.

We elect politicians to make these decisions and Boris and Matt Hancock have you not noticed what happened with Thanksgiving in the States?!

They’ve now had over 300 thousand deaths!

No amount of hugging granny and pulling a cracker is worth that risk, is it?

If we accept the fact that houses and families are where the virus spreads the most then why are more Covid secure areas being forced into bankruptcy by being closed down, reopened and then closed again.

Hospitality is being unfairly targeted and not given the support it needs.

To be honest, I feel safer, a lot safer, in a Covid compliant restaurant or pub than I ever do in a supermarket.

When in Lockdown Do as the Germans Do

Here’s a line I never thought I would write but Angela Merkel and Germany have got the response to Christmas right.

She’s put Germany into a harsh lockdown over Christmas ending on January 10th as the number of deaths and infections from Covid reaches record levels in her country.

She has ordered the closure of all non-essential shops and schools from tomorrow.

She is also blaming Christmas shopping for a "considerable" rise in social contacts. Did you see Oxford Street this weekend?!

Germany’s Restaurants, bars and leisure centres have already been closed since November.

But the most important part of her announcement was the fact that her Finance Minister, Olaf Scholz, said that businesses that are forced to close will receive GRANTS to cover 90 percent of monthly costs up to a maximum of 500,000 euros from the German Government.

Tier System is a Sick joke

This is a sensible idea and one Boris should steal especially when you consider that our hospitality industry has been offered a paltry £2 grand for businesses forced to close in Tier 3.

The result of which is that many of the businesses closed by Hancock’s announcement in London along with the others already in Tier 3 will never reopen. This is economic madness and will destroy our city centres, tourism and the hospitality industry.

The hospitality industry have been screaming for more support for weeks and have organised a petition with over 100 thousand signatures calling for a minster of Hospitality to be appointed.

Boris should listen to these voices and use the billions returned from big businesses like supermarkets to help support the hospitality industry.

Let’s be straight: the tier system has proved to be a joke, a dangerous ill-thought-out joke.

Now the British Medical Journal and the Health Service Journal are also calling for Boris to ‘follow the more cautious examples of Germany, Italy and the Netherlands’ and not ease Covid restrictions over Christmas.

Lock it Down for Christmas

It is clear that we need a national strategy and dare I say it, a national lockdown like Germany.

Boris needs to get the Leaders of the devolved nations together again and have a united policy on guidance and rules on the pandemic.

It is frankly ridiculous that Wales, where the virus is clearly out of control, has closed all schools but in London Boris is threatening to sue schools who close, even if the epidemic is raging.

Boris should be using all his might and power to fight the real enemy which is the virus. For god’s sake, you fools, you are arguing over a couple of days and every parent knows that the last week of term is basically doing colouring and playing board games!

It is also becoming clear that kids between 10 and 19 are super spreaders so letting them continue to go to school a few days before they will be hugging Granny and having Christmas together will have deadly circumstances.

Boris, now is not the time for political handwashing.

Now is the time to stamp your authority with an iron fist.

It is also time for you to accept that you’ve got it wrong on Christmas and reverse your decision before more Brits die.