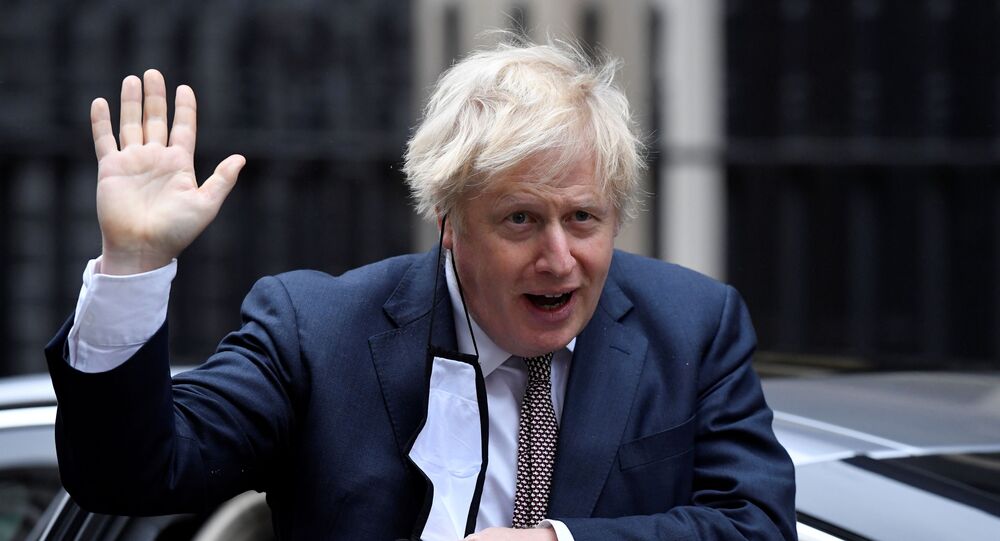 Boris Must Stand up to EU Bullies!

This is the weekend for Boris to channel his inner Churchill. He must stand up to the EU bully boys and their latest crazy demands to steal our fish, and force us to stay in the undemocratic United States of Europe against the wishes of the UK public.

It will truly be our darkest hour if Boris capitulates to their Hokey Cokey plan of a way forward.  Where we are out, but still in, in all but name and still under the Yoke of Brussels.

Recently I have thought that we were all witnessing a political pantomime where the elite had already sorted out a deal but it would appear that Boris is actually making the EU choke on their posh fish dinner (no doubt caught in our waters!)

Ursula Von Der Leyen should forget about looking out for fish bones and be more concerned, very concerned that Boris looks like he’s rediscovered his own backbone.

Boris would never be forgiven if he agreed to shackle the UK to this so-called ‘level playing’ field which of course is always bent in the EU’s, or more specifically, Germany’s favour.

The sloping football pitch in the film Kes, where Brian Glover is the ref and the star striker was more level than what they’re offering!

The idea that if the UK went against any future EU decision on taxes, tariffs or government support of UK industries could lead to punitive punishments by an organisation that 17.4 MILLION Brits voted to leave, is laughable and clearly bonkers.

Just because the lunatics took over the EU asylum years ago is not a reason for us to continue to dance to their tune.

Let me be frank: a NO deal is definitely better than any deal cooked up at this late hour.

Last night, Boris was 100 percent correct to warn the UK public to prepare for a no deal and now he must stand tall and face down the EU ‘Gangsters’.

He has the whole cabinet with him and despite the obvious bias of the Brussels Broadcasting Corporation and the prejudice of Sly News he needs to remember that we the people are with him on this subject.

He must not blink!

The EU are obviously triggered and their demands are getting more insane by the moment. Make no mistake, the Brussels Bully Boys are concerned that if they let us go on fair terms then others will surely follow. Look at the dissatisfaction in Countries like Italy, Spain and some of the newer members - and you see why they are frit!

Ursula von der Leyen reminds me of a stern headmistress who threatens to cane the whole class if no one grasses up who wrote the foul abuse about her on the blackboard. It never worked when I was at school, and it won’t work now.

The EU do not and never will accept that we want to be an independent and sovereign nation and that we will be by the new Year.

This is despite the 17.4 million votes, the passing of the withdrawal agreement and the landslide for Boris in the election.

However, their hysterical, in every sense of the word, predictions of anarchy and chaos don't wash with me.

Yes, there will be a period of adjustment after Christmas and we may run short of a cucumber or two but the EU and the Remainiacs in the press, the commons and particularly the Lords don’t seem to realise that it is a two-way street.

Do you really think that BMW and Mercedes will not want to get things sorted sharpish so that they can get their motors into Blighty? Of course, they will.

Boris needs to remember that he personally achieved the 80-seat majority a year ago because of his promise to Get Brexit done. We were with him then, and I believe the majority is with him now. They have his back.

So, what if we need to show our passports to get into Spain or France for our holidays?!

Having to produce a passport at our border might also actually reduce the number of illegals in the UK and the freedom of movement of terrorists into our green and pleasant land.

Do you actually believe that a country like Spain really wants to make it difficult for us to go to Benidorm or buy a second home on the Costas? Of course, they don’t!

The EU negotiators make me angry and make me laugh but the Remainiacs in our own establishment and in the media make me want to vomit.

They seize on every negative story pushed out by the EU propaganda machine and exaggerate the impact on the UK if we dare to leave without a trade deal.

It is as if these Remainiacs are secretly and not so secretly wishing harm on the UK and us. What is wrong with these people?

Will they please give up? We had a referendum and we won, they lost.

Get over it and get behind Boris and the UK and help us make Britain great again.