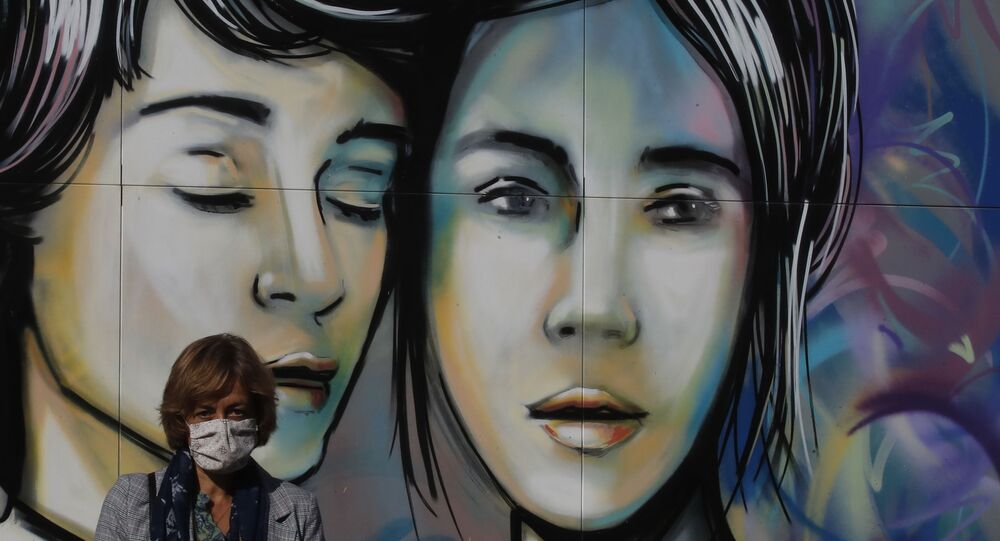 Masking Their Intentions: Are Face Coverings Taking Us Closer to, Or Further Away From Normal

Joe Biden says he will ask Americans to wear masks for 100 days but will it really end there? There are enough signs to show that mask-wearing is intended to be permanent, or at least around for the ‘foreseeable future’.

We still don’t know for sure who’ll be in the White House at the end of January but one thing’s for sure: if it’s ‘Uncle’ Joe Biden then face masks are very much on the agenda. ’The first day I’m inaugurated. I’m going to ask the public for 100 days to mask‘ he told CNN.

"Just 100 days to mask, not forever. One hundred days". He also said he would mandate mask-wearing in federal buildings. "Transportation, interstate transportation, you must be masked, airplanes and buses, etc."

Biden is promoting face coverings as a way of getting back to normal, but is that really what's going to happen?

A number of public figures have strongly hinted that mask-wearing and other Coronavirus restrictions should remain- even after vaccination programmes have been rolled out. In September Anthony Fauci, Director of the National Institute of Allergy and Infectious Diseases, declared: ‘You never should abandon the public-health measures’. He went on ‘If there’s almost no infection in the community, together with the vaccine, you might want to be able to say ‘I can safely congregate with people. You may want to do it with a mask or without one’.

"So when can we stop wearing masks? The short answer is: not any time soon," wrote Dr. Mark Korpeter, an infectious disease physician, in an article for Forbes magazine, entitled’ Why You’ll Still Need to Wear a Mask Even After Covid-19 vaccines arrive’.

Across the Pond, Deputy Chief Medical Officer  Jonathan Van-Tam seems to be singing from the same pro-mask hymn sheet. ‘JVT’ said that even after a successful vaccine there would not be an opportunity to ‘have a massive party and throw out our masks and hand sanitizer à la the euphoric VE Day celebrations which marked the end of World War Two.

Prime Minister Boris Johnson intervened, but was he doing so because he really wants mask-wearing to end at some point, or because JVT had let the cat out of the bag re continued restrictions?

The UK government, having originally advised against mask-wearing in the spring, mandated them in shops in late July, and gradually extended them to other areas in the weeks that followed. When the mandate was first introduced a ‘government source’ told the Daily Mirror newspaper "We are not doing this with a timeline in mind. This is part of a NEW NORMAL".

So which is it? Is it the intention that we should mask up for the rest of our lives? Or will the face-covering mandates be dropped in 2021? It certainly doesn’t inspire confidence that in the summer the Academy of Medical Sciences paper which was posted on the UK government Coronavirus-Covid-19 website declared:

Note too that this week the World Health Organisation, which in the summer did not deny to the BBC Health Correspondent Dr. Deborah Cohen,  that it had changed its advice on masks due to political lobbying, issued more updated advice saying face masks should be worn at home too in certain circumstances.

In the final analysis whether or not masks do become a permanent feature of our lives will depend on whether the public will accept such a radical change. Isn’t it strange that twelve months ago you’d have been apprehended going into a bank wearing a face mask (and possibly bundled into a police van), whereas now you are questioned if you DON’T wear one?

Just how ‘normal’ is that?

This weekend is the first since March when a limited number of spectators will be able (in some areas) to attend football matches and race meetings in England. Unless exempt they’ll be asked to wear masks, which will make the chanting at football sound rather muffled.

At Aintree racecourse, 2000 or so people will be able to witness the exciting spectacle of horses jumping the famous Grand National fences for the first time in 12 months, as this year the Grand National itself was sadly cancelled due to the Coronavirus lockdown.

The Becher Chase, due off at 1.30 pm on Saturday is run over a distance just short of 3m2f, around a mile and a quarter shorter than the distance of the Grand National. The going will be testing and so you need a horse that is sure to get the trip.

Last year’s 1-2 Walk In The Mill and Kimberlite Candy are among those at the head of the betting, and deservedly so. Walk-In The Mill did in fact win this race in 2018 too and although he’s 8lbs higher than twelve months ago, looks sure to go well again and probably rates the likeliest winner. If he does pass his Becher test, the winning connections shouldn’t be hard to find.  He‘s owned by Baroness Dido Harding, who as Head of the NHS Test and Trace programme who has certainly been in the news a plenty in 2020! Kimberley Candy was second last year, but because of his 10l romp in the Classic Chase at Warwick in January is actually 4lbs worse off with Walk In The Mill in the weights this time, so may have to settle for the runner-up berth again. Le Breuil was 7th last year but 9lbs lower this time so should get a lot closer (and has been well-backed to do so), while the 10th, Minella Celebration although well-beaten had a wind op after that and has a great record on the Aintree Mildmay Course. Another Aintree regular is Vieux Lion Rouge, who won this 2016 and was second in 2018. The ‘Old Red Lion’  can make the frame at 16-1 as he’s back on a winning mark.

The other race over the big National fences is the Grand Sefton at 3.15. Once again, last year’s renewal can provide some valuable clues. The 2019 fourth, Flying Angel, a 14-1 shot, has 3lbs less to carry this time, while the seventh, Didero Vallis, trained by Venetia Williams, is 2lbs lower. Arguably the best value outsider is 20-1 shot Beau Bay, who was third last year off 1lbs higher. Hogan’s Height, who is unfortunately not in the field won by 16l in last year’s race but Beau Bay only missed out on 2nd by a nose and can go well again for Dr. Richard Newland whose horses have a good record over the National fences.

We had one correct score-line last week (West Brom 1 Sheffield Utd 0) and did tip a draw in the top-of-the-table clash between Chelsea and Spurs at The Bridge, so let’s see if we can match, or beat that this weekend.

The big matches in the Premiership are the North London Derby between top-of-the-table Spurs and struggling Arsenal while a resurgent West Ham entertains Man Utd, who are still yet to lose away.