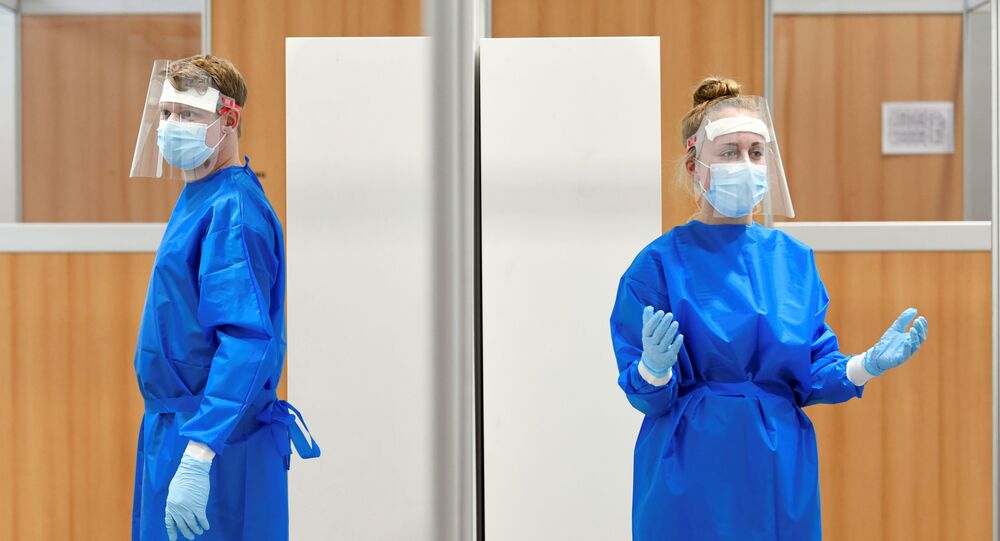 Just a few months before the national elections, the main opposition party in The Netherlands, Forum for Democracy, imploded. Its political leader Thierry Baudet is accused of having suggested corona is a Jewish conspiracy "to take away our freedom and to create a New World Order".

Nobody could have expected what happened this week in The Netherlands. While political parties were getting prepared to kick off campaigning for the parliamentary elections of 2021, the management of The Netherlands' main opposition party Forum for Democracy got into a fight over its charismatic political leader Thierry Baudet. In just a few days the party totally disintegrated.

What Happened? Who is Thierry Baudet? And Why Does He Matter?

If you don't know Thierry Baudet, think of Geert Wilders, who's become an international celebrity because of his battle against Islam. Like Wilders and his Party for Freedom, Baudet has made nationalism, western culture and anti-immigration the cornerstones of his party. Like Wilders he also shares an outspoken antipathy for the European Union. But this is where the similarities end. Whereas Wilders very much emphasises his aversion to Islam, Baudet very much highlights his appreciation for western civilization. Also, Baudet is the new kid on the block. His star has risen rapidly. He entered the political arena in 2017 with only two seats in the Dutch House of Representatives. Very soon ruling party VVD started regarding Forum for Democracy as its main opponent. In 2019, just before the elections of the Senate, Prime Minister Mark Rutte of VVD invited Baudet to a live debate on national TV. Baudet's party won the 2019 elections. It became the biggest in the Senate. It has also attracted the largest membership of all political parties in only four years.

Until last week it was expected Forum for Democracy would conquer the House of Representatives in March 2021. The party was on a winning streak. It's still not completely clear why things went so terribly wrong, but certainly some things said by Baudet during a dinner with the top 10 parliamentary candidates on 20 November led to a devastating chain of events. What did Baudet say?
Senator Nicki Pouw-Verweij, who takes the number three position on the party's candidate list, sent a letter to the party board in which she summed up what had happened at dinner. This letter was leaked to the press. According to Pouw-Verweij, Baudet has gone down the conspiracy thinker's path. Pouw-Verweij said that Baudet has turned his back on issues such as the EU, immigration and Islamism since he has become obsessed with defending civil liberties against corona measures. Baudet allegedly said he would accept three million COVID-19 deaths to save The Netherlands from a communist coup d'état. He also insinuated that the coronavirus was a scheme to create a New World Order, with billionaire George Soros and other prominent Jewish people involved. Furthermore, he would have obstructed disciplinary measures against party members who had made anti-semitic, racist and homophobic statements in an app group of the youth department of Forum for Democracy.

Two others who attended the dinner, the numbers 4 and 5 on the candidates' list, Joost Eerdmans and Eva Vlaardingerbroek, confirmed Pouw-Verweij's report. However, Baudet denies he made any racist or anti-semitic statements. The number 6 on the list, Olaf Ephraïm, backs Baudet. "Baudet made some provocative statements," he concedes, "but that's how we have come to know him. I've known him a long time and - cross my heart - he's no fascist, homophobe or Nazi sympathiser. If he were, I, with my Jewish roots, would have left long ago."

Of the first 10 candidates on the party's list for the March 2021 national elections, six have stepped down. Baudet still has the support of three of them. In the party's board, in which Baudet has a seat, a majority (three against two) has turned against him. Politicians of Forum for Democracy in the European Parliament, the Dutch Senate and the Provincial Councils of The Netherlands have voiced strong support for the board.

What's to become of Baudet and Forum for Democracy? It's difficult to imagine this party without Baudet. He was among those who founded the party and turned it into a success. In a way, Baudet is Forum for Democracy. Without Baudet the party doesn't stand a chance with the forthcoming elections. If he and the party break up and if Baudet decides to start a new party he only has three weeks left to do so. The registration for the national elections of 17 March 2021 closes on 21 December 2020.

If Baudet still wants to run for the 2021 elections he will certainly be re-elected. Many people from the Jewish community do not believe he is an anti-semite, for he has voiced strong support for Israel and because they do not regard criticism of George Soros as anti-semitism. And above all: Baudet's appeal to defend civil liberties against the corona measures may not have resonated with many of the Forum for Democracy candidates but it will get him strong support among the party's electorate. As in many other countries all around the world many people are of the opinion the corona measures are worse than the disease - and so they have started asking themselves if the fight against the coronavirus is perhaps abused by the power elites for purposes other than simply containing it and bringing it to an end.