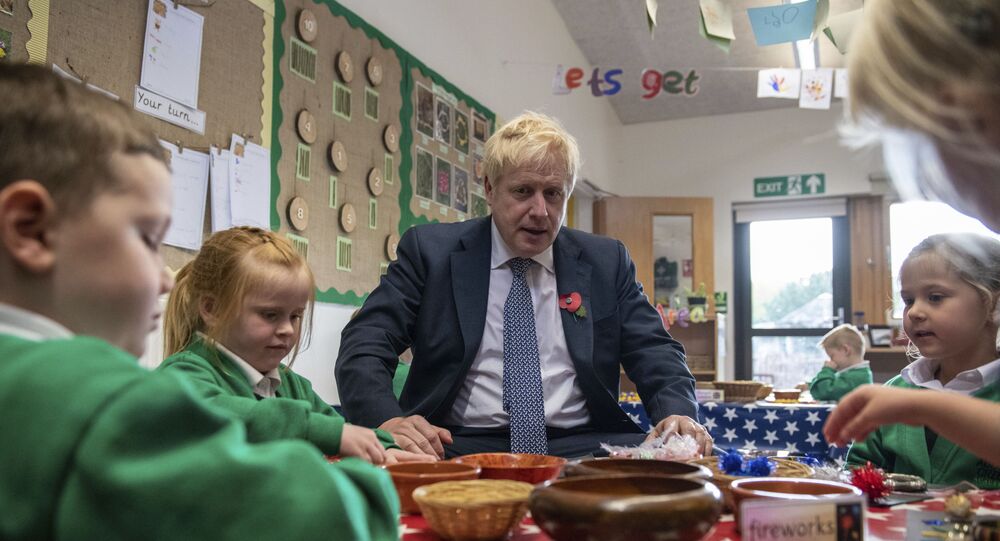 Boris didn’t just have problems with communicating via his Zoom call yesterday. He had a major problem connecting with the public.

The day started with the brilliant news that we have another vaccine on the way. Then Boris stated that he would not countenance MPs getting a three grand pay rise whilst others were losing their jobs or taking massive financial hits.

This showed that he was connected to the people, a lot more than the Trade Unions who are threatening public service strikes if Rishi doesn’t give them a pay rise on Wednesday.

He should have capitalised on all of this good news but instead he decided to put the final nail into the coffin of the British pub.

Why didn’t he get real and let pubs who have spent thousands on creating Covid secure environments open?

Instead we got more nonsense about him scrapping the 10pm kicking out rule. But in reality he has done nothing of the sort. Last orders still remain at ten so everyone will just order a few more rounds and sit there until 11. Has he ever been in a real pub?

Also, what is this nonsense about a substantial meal, how does that make it more Covid secure?

I accept it has to be table service and that you can’t stand at the bar. I accept that you can’t sing and dance. These are sensible rules. But the rest is confused and confusing nonsense.

These ridiculous rules just prove that he doesn’t actually trust the people who elected him to drink and act sensibly.

Boris’ smoke and mirrors act about Lockdown ending was the biggest con trick since Dorthey and Toto revealed the Wizard of OZ to be a fraud.

Boris ‘ended’ lockdown but then imposed a tier system that is quite clearly more draconian than what we are living under at the moment.

I thought we might pay for a Christmas relaxation of the rules with a lockdown in January but never in my wildest imagination did I think he would impose a virtual lockdown until the end of April at the earliest!

I also thought that we might at last get clarity on the rules too, but no chance!

Are we really meant to believe that he doesn’t yet know and therefore can’t tell us what regions or cities are going to be in which tier?

Instead it has been announced by Grant Shapps that local and regional Mayors are not going to be consulted either!

Did they learn nothing from the Manchester debacle?

Why do we have to wait until Thursday to know what restrictions we face?

If, they are dictating policy on their own and not consulting anyone else surely they know the detail now?

Add to this, the fact that Boris and the devolved leaders haven’t even sorted out Christmas and New Year yet!

This drip-drip of information is both cynical and counterproductive. It is, I guess, meant to soften us up for the bad news but I think it just hardens people’s attitudes to any new Government diktat.

Put on Your Mask and Get Back to Work, Boris!

Yesterday he should have been clear, concise and thorough with all the detail worked out and on display.

I was in favour of the first lockdown and I believed it worked in suppressing the rise in cases. I also supported this one but now Boris is even pushing my patience to the limit.

I do believe that Covid is both real and deadly and that we all do need to play our part. I will have the vaccination but I am glad to see that he is not making it compulsory.

However, there is something deeply ironic about our ‘supreme leader’ telling us what to do via video link, which doesn’t work, whilst he’s in isolation.

Smoke and mirrors, again! He doesn’t need to isolate, he has already been at death’s door and according to him he is now as fit as a butcher’s dog and stuffed full of antibodies.

Put your mask on and get back to work Boris, for god’s sake! Lead by setting the right example.

I thought that all pantomimes had been cancelled this year but Boris is acting like the greatest Panto Dame of all time. Stop making a drama out of a crisis mate.

Can the MSM also please drop the ‘Boris has saved Christmas’ nonsense. He has done nothing of the sort. Christmas does not belong to him or his Government.

He is only relaxing the rules around Christmas because he has no chance of enforcing it.

People have got the message about social distancing, washing hands and wearing a mask and are in the main complying. As a result, Covid cases are beginning to fall.

Now, Boris, treat us like adults and we will act like grownups. But infantilise us and conspiracy theorists will have a field day and non-compliance on all the other rules will follow.