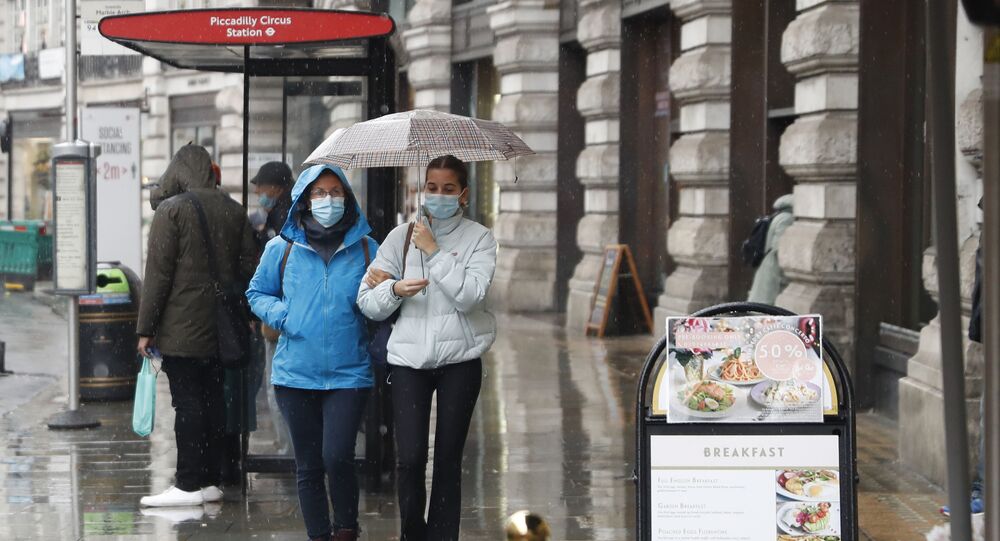 Did I Break the Law?

Yesterday I broke the law! Or did I? I decided for the good of my ‘mental health’ that I needed a long walk and an even longer ‘think’ so I drove to the Beautiful Stowe Gardens and went walking and contemplating in this beautiful National Trust property.

It did me the world of good but this morning I woke up to tweets accusing me of being a hypocrite and breaking the “laws” about essential travel!

I went to sleep last night in a democracy and I wake up to be living in Nazi Germany!

I quote “Jon, you've been demanding a total lockdown for weeks despite the job losses it would cause, but here you are driving to Bucks for a walk. It's hardly an essential journey which is all you are allowed to do under current lockdown rules. Is this your Barnard Castle?”

I was and am still convinced that if Boris hadn’t dithered and delayed back in March and had cancelled Cheltenham and big events much earlier, he wouldn’t have so much blood on his hands now.

Likewise, the second lockdown was too little too late.

So that is my actual position.

I also believe that there would have been less job losses if Boris had acted quicker and extended the furlough without the delay and associated redundancies when it stopped at the end of October for a week or so.

I also believe that nearly three million self-employed people have received no help and face their small businesses going to the wall in the New Year.

© AP Photo / Alberto Pezzali
Two people sit outside a closed bar as restaurants and shops in the Soho area are now shut due to a second lockdown in central London, Thursday, Nov. 5, 202

Now, look at these facts; thousands of NHS workers are off ill or self-isolating, hundreds of schools are already closed due to self -isolation and students are under house arrest in their halls of Residences.

Now add in the jobs that have been lost in hospitality because of the uncertainty and repeated ‘stop-start’ nature of Boris’ lockdowns.

I have seen more clearly through a stagnant pond than the various policies ineptly launched by our political leaders. Confusion reigns whilst coronavirus rampages through the UK.

What business and the general public need is a clear plan and direction of travel in this pandemic.

So now to my driving to Buckingham which is actually 30 to 40 miles from my home. I drove in my car, parked in the Gardens along with hundreds of other cars and then went walking, mask in pocket, through the magnificent Capability Brown Landscape.

It was hardly a Barnard Castle moment and last time I looked I’m not a Government adviser but truth be told I think I would make a better job of it than the muppets who surround or have surrounded Boris these past few months.

Capability Brown’s genius was to play with perspective in his landscaping and it is blooming perspective we need now to defeat this pandemic.

I am as confused as you are about the rules and laws.

My belief which may be wrong is that there is no mileage rule on how far you can go to exercise, is there?

Walking in acres and acres of open space is hardly as risky as going to a supermarket, is it? The latest figures seem to back me up on this.

Let’s get some blooming perspective here

From my perspective this is ‘Lockdown lite’ and most people appear to be generally ignoring it. The roads appear to be busy as ever and apart from the pubs and a few shops everything appears to be open.

We in England are not yet living under the more extreme LAWS that Nicola Sturgeon is introducing in Scotland which is making it illegal to travel away from your home. She is also talking about closing her borders.

Meanwhile, Northern Ireland have lifted many restrictions today but last night announced another two-week lockdown starting next week which is even more draconian than the one they have just come out of!

How much longer is this nonsense going to continue?

Politicians and Boris in particular, need to get some perspective too.

He must immediately bring the devolved governments in to the tent and policy must be uniform across the whole of the United Kingdom.

He needs to be upfront with the whole population and now that we have these vaccines on the way, and the announcement today that everyone over fifties can get a free flu jab he has a real opportunity to pull this disunited kingdom back together again.

He needs to stop pretending that this Christmas will look anything like normal and tell us all to get some perspective and just get on with it and realise that this storm will pass.

Who in their right mind wants a ‘five-day free for all’ followed by a month of total lockdown in January? Not, me for sure.

Muslims had to adapt with Eid and my Hindu friends adapted Diwali so why should Christmas be any different?

The normal family Christmas is the ideal breeding ground for Covid. We all understand now that it spreads more inside with large gatherings from different households. So, the plain stark reality is, that as I have been saying for weeks, Christmas, the traditional Christmas has to be cancelled for this year.

That doesn’t mean that we can’t still have a great Christmas with our immediate family. I’m going to get the real Christmas tree this weekend and decorate the house. I have ordered a smaller turkey and I’m making plans to still have a good time and I think most sensible people are doing the same.

Let’s get some perspective because there is hope with the vaccine news that better times are ahead in the New Year.

So just like Ebenezer Scrooge we should look back on Christmas Past and learn from it, understand this Christmas Present and look forward collectively to our Christmas Future.