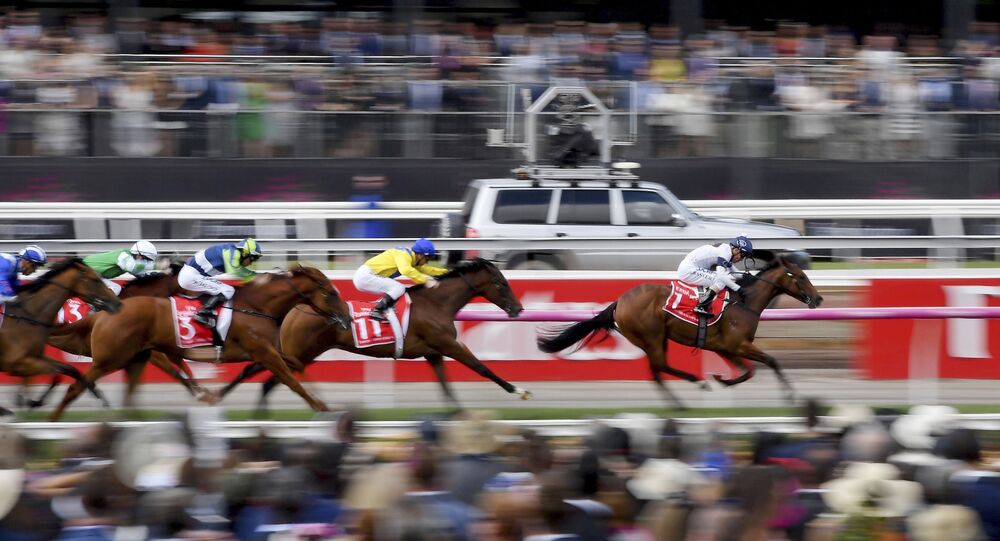 Will There Be ‘Russian’ Winner Of Melbourne Cup - The Big Race In Australia That Stops The Nation?

It’s the richest two mile handicap in the world, but will we be seeing a ‘Russian’ winner in the Melbourne Cup, due off at 4 am UK time on Tuesday 3rd November?

Russian Camelot, trained by last year’s winning handler Danny O’Brien, is the 10-1 fifth favourite for the big race, having won the South Australian Derby and finished third in the Cox Plate over 1m2f. The step up to 2m is the big unknown but if he does stay, ( his sire Camelot wasn’t beaten through lack of stamina when attempting the Triple Crown in the 2012 St Leger), he looks to have every chance of at least a  place. He is a three-year-old and while horses of that age did have a bad record in the race (no wins from 1941 to 2017) they have won two of the last three renewals, so that could be seen as another positive.

There are of course, plenty of dangers. 24 go to post with the Aidan O’Brien trained Tiger Moth, ridden by Kerrin McEvoy, the winning jockey in 2000, 2016 and 2018, the 11-2 favourite. However O’Brien is yet to win the race and the very high draw is a concern. The mare Veery Elleegant, at 11-1 is another with a decent chance judged by the way she stayed on when winning the Caulfield Cup last time over 1m4f.

Perhaps in the years to come we will see a Russian-trained horse in the event. Let's hope so.  The most famous Russian racehorse of the last seventy years is Aniline, who won the 1964 Soviet Derby and then raced with great distinction in Europe and the US in the Swinging Sixties. But even if Russian Camelot is an Irish-bred horse trained in Australia, at least the name is right!