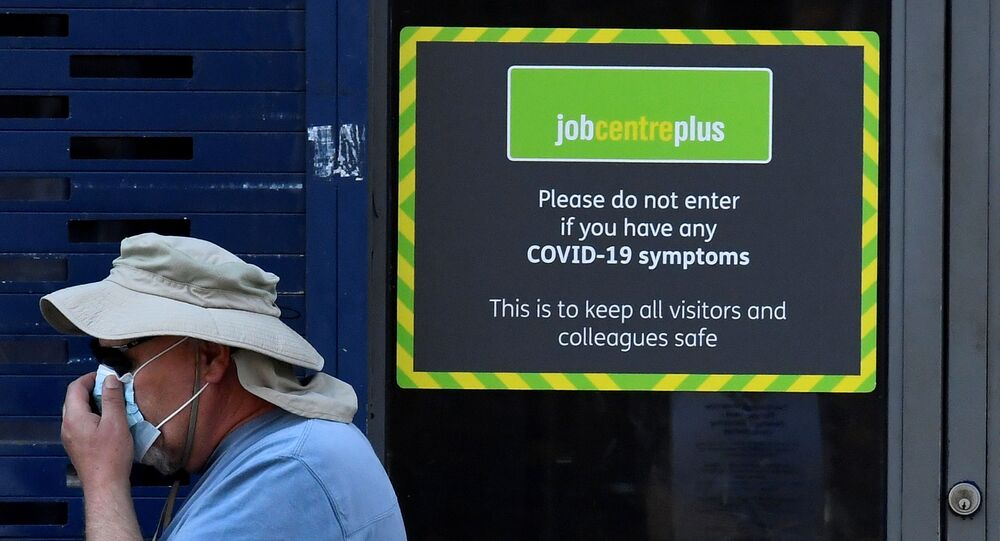 A ground-breaking and professionally researched study has been published today which offers a new, progressive, and inclusive approach to deal with the societal scourge of poverty pay and grotesque income inequality which the Covid19 Pandemic has highlighted and accentuated even more.

The 99% were made to pay for the last crisis with a decade of austerity cuts and falling living standards. The 2008 economic crash was caused by greedy and irresponsible bankers but paid for by ordinary workers, pensioners, and the poor. This new Report from Autonomy and the High Pay Centre argues the top 1% should pay for the Covid19 crisis not the 99%. I endorse their proposals wholeheartedly and urge you to share them far and wide.

The fundamental idea promulgated by this welcome research is not new. Roughly thirty years ago, I recall being invited to participate in a Scottish Television show filmed in Aberdeen which involved a panel of people randomly selected to listen to arguments for and against certain proposals who would vote on an idea before listening to arguments and then vote again after listening to arguments. I think it was called ‘We the Jury’. My proposal was for the introduction of a Maximum wage to complement and be linked to a Minimum wage. When presented without arguments only a small minority of the thirty strong public audience supported the idea. However, after making the case on grounds of greater equality and fairer rewards for all a large majority became convinced of the suggestion. Today that case for a Maximum wage is brilliantly presented in this new Report.

The in-depth study highlights the UK is already one of the most unequal societies in the developed world in relation to wages and salaries and that the income inequality chasm has advanced rapidly over the last three decades. Recent estimates suggest that the top 0.1% of UK earners increased their share of income, including capital gains, by 50% between 1996-97 and 2017-18.

Meanwhile, data compiled by the Chartered Institute of Personnel and Development exposes the rapidly growing gulf in rewards between the average FTSE 100 chief executive and the average worker. They are now paid about 126 times the average UK worker, compared with 58 times in 1999. And at the start of 2020 researchers highlighted the fact UK Bosses had made more money in the first three working days of the new year than an average employee will make in a whole year.

It is this very real, hideous and wholly unproductive inequality of incomes which underpins the Save The Children Survey today that reveals the incomes of the poorest have plunged even more during the last six months of Covid19 inspired lockdowns and restrictions. The billionaire bosses and big business leaders get all the headlines about failing companies, and hoard public bailouts to protect their incomes but in the real world it is those already poor and the recently jobless who are suffering most:

“Poverty and hardship are likely to soar in the coming months, with further lockdowns, rising unemployment and economic uncertainty all pointing towards a difficult winter for families with children,”

Poverty and Despair Set to Soar Unless Radical Policies Introduced

Millions of children in poor families were already struggling in poverty with parents receiving inadequate wages and subject to job insecurities. But now these parents are going without food and getting even deeper into debt to pay for essentials while unemployment estimates grow to over 2.5 million by the end of the year as over a million more workers are thrown out of work as a result of the Covid19 pandemic and the twisted distribution of income across the UK.

The response of the Tory Chancellor, the ridiculously rich Rishi Sunak, the richest MP in Parliament, is cruel and heartless. The Job Retention Scheme, Furlough, is to be withdrawn completely within weeks and emergency benefit increases are to be withdrawn taking away the meagre £20 a week extra lifeline millions of households have been relying on to survive.

While billionaires like Sunak and Branson bemoan economic lockdowns leading to reduced business, the fact is their living standards and extravagant life styles will be unaffected but millions already on a financial tight-rope will find it impossible to avoid sinking deeper into poverty and despair. The millions at the bottom of society must be the priority in Covid19 stricken society, not the millionaires at the top.

Examine the Key Findings of this Sensible Report

The key findings of the Autonomy and High Pay Centre Report should be taken up by trade unions, opposition politicians and anyone who believes in social justice. Instead of millions being made unemployed and suffering catastrophic reductions in living standards we could save jobs, improve the incomes of millions and establish a much fairer and more productive society and economy with only a tiny minority of the richest experiencing a reduction in incomes. Examine the potential outcomes presented in the Report and compare them to the cold and callous Tory approach designed to maintain abnormal inequality levels instead of tackling them:

Using opinion polling commissioned to coincide with the launch of this important research it is clear that the measures advocated as an alternative response to the Covid19 pandemic are not just realistic but also popular. 54% support the idea of a maximum policy with the level being set at £100,000 per annum being the most popular figure. 69% of those polled support a maximum wage cap at either £100,000, £200,000 or £300,000 a year illustrating support for the principle is huge. Only a tiny minority would suffer reductions in income while millions would receive increased living standards with the associated benefits of less debt related stress and not having to live with the stigma of poverty.

Politics is about priorities. Looking after public health during this Covid19 pandemic is a priority but making ordinary workers and the poor pay for the health crisis is a political choice. A bad and unacceptable political choice. Introducing a Maximum wage policy is a much more productive, fairer, and uplifting approach.