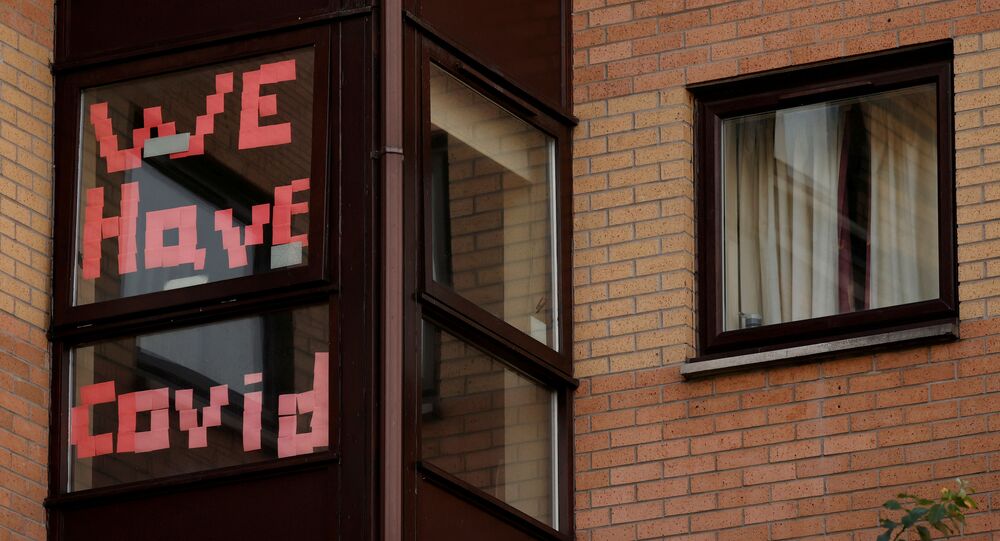 Covid Madness Both Sides of the Pond!

Have the lunatics taken over the asylum in the Establishment’s approach to Covid-19? How else do you explain the fact that 16 THOUSAND Covid results went missing?

I’m sorry but the pathetic excuse that an ‘excel sheet maxxed out’ is about as convincing as a teenager saying the dog ate his homework!

The buck stopping has to stop and this latest Test and Trace fiasco needs to be the moment that ‘Cock up Matt’ collects his cards.

This is no laughing matter though, is it? Because one has to wonder just how many more people have been infected with this deadly virus as they were not contacted?

I was quite impressed with Boris’ performance on the Marr show on Sunday and I thought he had begun to regain his mojo. However, without an efficient tracing system in place, dare I say it, a ‘world beating system’, we have no chance of getting on top of this virus by next Christmas, let alone the one in 90 days’ time.

I loved the fact that Boris said he was ‘as fit as several butchers’ dogs’ but the plain facts are that Hancock’s Test and Trace system is not fit for purpose.

If Dido, PHE, Hancock and the rest can’t do this job, let’s bring in the Army - who are experts at logistics - to sort this mess out and pronto.

But it’s not just in the UK that the ‘madmen’ seem to be in charge.

The USA seems to have gone completely stark raving bonkers. How else do you explain Trump’s manic waving to his fans in that motorcade on Sunday?

Clearly, along with the video addresses and the spinning of his doctors, they are trying to convince the American public that Trump is a cross between John Wayne and James Bond.

I know the film industry is in the gutter and the announcement of 45 thousand job losses at Cineworld is tragic news both for the States and the UK, however, no Hollywood screenwriter would dare to write such tosh.

Donald, this is no action hero film, this is real life and thousands are dying.

I’m a fan of Donald and I really wanted him to make America great again and he was doing so before the pandemic struck but when it comes to the virus he has been a disaster film just waiting to be made.

The pair of them were much too slow off the blocks but you would have thought that after Boris near death experience Trump might have reconsidered his approach.

Boris has rightly been criticized for his lack of clarity and U-turns on Covid but Trump has held an almost King Canute like attitude to the virus in the face of a tsunami of deaths in the States. 200 hundred thousand, and rising as we speak.

Who thought it was a good idea to hold that event in the White House which appears to be the source of this latest outbreak?

Is it not a sign of weakness to take adequate precautions and if you can’t protect the leader of the Western world and his closest allies how is that meant to give confidence to the American public?

Trump has shot himself in both feet and almost handed the election to ‘sleepy Joe’ who will be a disaster for the USA and the world.

We need a tough President with a clear direction of travel to lead us in the next few years, not only on the economic front but also as we begin to assess why, how and where this virus originated from and responsibility for it, if any.

I still think that Donald Trump could turn this around and win but he needs to be honest with the American public and have a coherent plan and stop going on about the merits or demerits of wearing a flipping mask.

He needs to show humility and if these new drugs do work he needs to say so without hyping it up.

The President said in his video on Sunday that, ‘It’s been a very interesting journey. I learned a lot about Covid, I learned it by really going to school.’

‘I get it. I understand it. And it’s a very interesting thing, and I’m going to be letting you know about it."

Right, well now convey those lessons to the American public and admit you got some things wrong Donald and do it whilst you’re wearing a bloody mask!

Honesty and clarity is what is also needed this side of the pond.

I thought we were getting that on the Marr show on Sunday but clearly Boris was still hiding the missing tests story.

I liked the fact that he accepted that Eat out to Help out, actually also helped to fuel the latest outbreak as well as the economy!

However, today I notice, Rishi is defending his scheme.

The bottom line is we need a United Government of the whole UK giving a united message.

Boris must initiate talks and regular meetings now with the leaders of the devolved governments.

Of course, mistakes will be and have been made in what is an unprecedented pandemic but why can’t our top politicians admit that and then state clearly what the ongoing polices are?

Let’s have less bragging about ‘world beating this and world beating that’ and let’s have pure honesty about the situation we face and the exact medical or scientific evidence behind decisions like the 10pm pub curfew.

Also, before Rishi starts talking about tax rises which are inevitable to pay for this we need him to extend the furlough for specific areas such as travel, hospitality and the airline industry.

Boris, Rishi and indeed Donald Trump need to bring their people with them otherwise this pandemic and its far-reaching consequences will never be defeated.