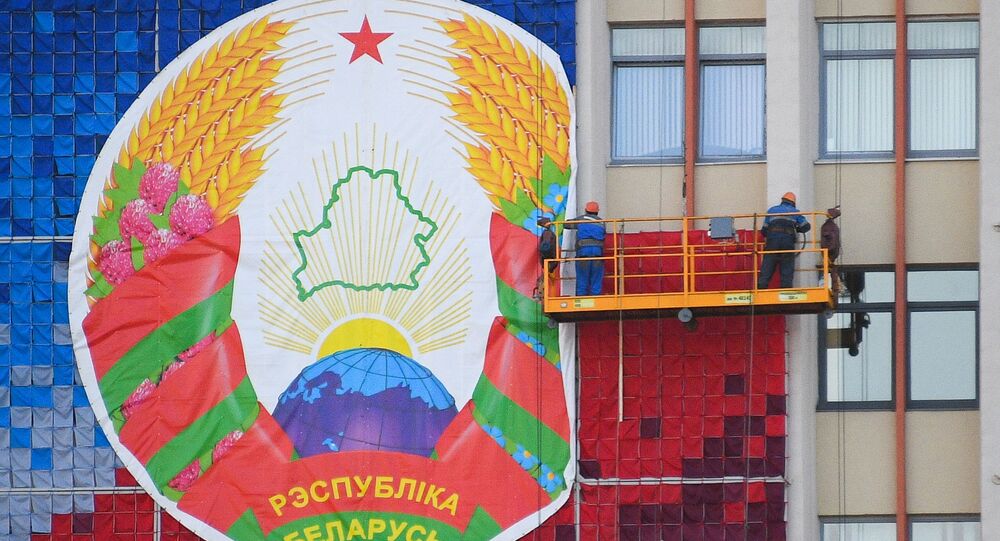 The UK has imposed sanctions on Alexander Lukashenko, his son, and senior figures in the Belarusian ‘regime’, for ‘human rights violations’, but who, I wonder, will sanction the UK ‘regime’ for the same?

Sixteen million Britons are currently under draconian restrictions on their daily lives, with Health Secretary Matt Hancock announcing on Monday that two million people in the North East of England would be banned from socialising anywhere indoors. That came shortly after newly published regulations banned people in groups larger than six singing in pubs, and dancing. Yes, that’s right dancing.

2020 has seen the biggest destruction of civil liberties in Britain since the days of the grim Puritanical dictator Oliver Cromwell in the 1650s.

That was the last time pubs and places of entertainment were shut down, sports banned, and the celebration of Christmas banned or threatened. But taking away the centuries-old freedoms of the people without any proper debate, forcing them to wear humiliating face-masks when going about their daily business, ordering them to keep 2m physical distance from their fellow human beings, and indulging in psychological warfare against them by way of late-night leaks to the press over the introduction new ‘restrictions’ is not enough for the morally bankrupt UK government. They have the collosal nerve to lecture other countries- who have not take such steps, on ‘human rights’ and not ‘upholding democratic values’.

Belarus had no national lockdown in 2020.

In June, President Lukashenko claimed that he had come under pressure from international lenders to impose restrictions on his people.

When asked about this at a press conference in September the IMF Communications Director said ‘On Belarus, I  can tell you, we did not demand quarantine, isolation, lockdown, but we sought assurances for steps to contain the pandemic in line with WHO recommendations, which is our standard operating procedure in all countries.’

Because Lukashenko didn’t lockdown, people in Belarus could, in 2020, still freely socialise in bars and cafes, attend weddings and funerals and visit loved ones in hospital (what can be more inhumane than not allowing people to visit loved ones in hospitals as has happened in the UK this year). They could also attend sports events (the 2019-20 football season in Belarus was not suspended) and go to the ballet and theatre. In other words, they could still enjoy life to the full.

© AP Photo / Kirsty Wigglesworth
Belarus: Where a 'Dictator' is Condemned by Those Who Supported Lockdowns in Their Own Country

It is incontestable that Belarussians have had more freedom  in their daily lives in 2020 than Britons. And it’s worth noting that the country has recorded one of the lowest level of deaths with ‘Covid-19’, just 828.

Ah, but I hear you say, the Big Bad Lukashenko (Boo, Hiss!, by order of the ‘Progressive’ Globalist Authoritarians), ‘stole’ an election. Ok then, let’s assume, as the UK government contends, that the result was rigged, or Lukashenko’s winning margin was greatly exaggerated. Is the UK imposing sanctions on other countries where election results have been disputed by the opposition, and there are claims of fraud? Or, on those which never hold any elections at all?

It’s worth remembering there are many ways to rig a poll, apart from tampering with ballot boxes.

There are around 195 countries in the world. How many of them hold meaningful democratic elections where there is a real choice for electors? How many elections can truly be called ‘free‘- free of manipulation from ‘Big Money’, ’Big Media’ or from ’Big Special Interest Groups’?

Both parties are pro-war: the Democrats bombed Yugoslavia, Libya and backed ’rebels’ in Syria, a Republican administration invaded and ocupied Afghanistan and Iraq.

In Britain all the Parliamentary parties - and ones outside of it too- supported Lockdown. Where’s the opposition?

But it’s Belarus that gets singled out for its ‘democratic deficiencies’.

Of course, arresting political opponents is wrong, on that we can all agree.

So what’s Julian Assange doing on trial in London? The world’s most famous political dissident is not being held in jail in Belarus but in Britain! Assange’s ‘great crime’ was publishing the details of US war crimes. Wikileaks revealed to us information which we weren’t supposed to know but which we had a right to know, the things governments were doing in our name- and with our money.

For that, Assange has faced persecution for years at the hands of the US and its closest allies. No country that keeps this most gentle of men incarcerated in a high-security prison has the moral authority to impose sanctions on another for ‘human rights violations’, let alone any legal authority.

One more time: the UK government is sanctioning the leadership of a country that didn’t lock down its people in 2020, while at the same time threatening further lockdowns on its own citizens. How can anyone who genuinely cares about democracy and human rights accept this?