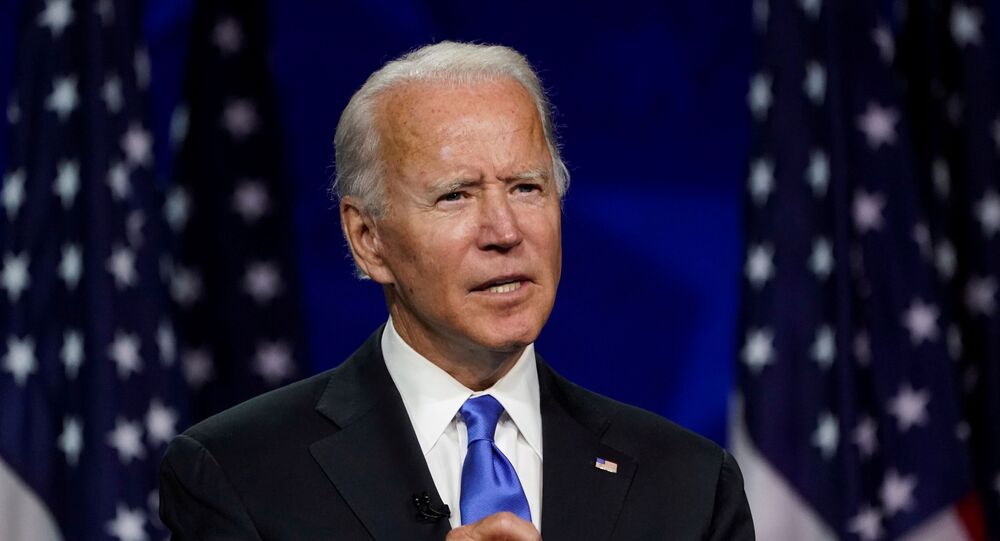 You don’t have to be a Donald Trump supporter to acknowledge that Joe Biden would make an awful POTUS and that the Democrats don’t deserve to win the Presidency in November.

It’s finally dawning on prominent Democrat cheerleaders that they may have loused it up big time. While there’s still all to play for, according to the polls, there’s been a big movement towards Donald Trump in recent weeks, with the lead Biden has over the incumbent cut from around 14 points in June to just 4, with Biden only leading Trump by one point in the 15 ‘battleground’ states.

The bookies, who had Biden a clear favourite only a few weeks ago, now have the two contenders as joint-favourites, both at 10-11.

If the Democrats do lose out on the Presidency then one has to say it will be richly deserved. For the last four years, they’ve been obsessed in pushing fact-free and at times utterly deranged ‘Russiagate’ conspiracy theories. Instead of honestly acknowledging the real reasons Trump won in 2016,  they have preferred to delude themselves that the election was ‘stolen’ on account of ‘Russian meddling’. As if Putin told the voters in the key ‘Rust Belt’ states who to vote for! The Democrats have been taking their cue of course from Hillary Clinton, who must go down in history as one of the worst losers ever, ironically having accused Trump in October 2016 of being a bad loser!

To defeat Trump you have to do a little bit more than falsely accuse him of being a ‘Russian agent’. You have to try and outdo him in the populist stakes. You have to reconnect with the Rust Belt.  You have to talk the language of Main Street.  But today’s Democrats are too Wall Street, too Hollywood for that.  They have largely abandoned the blue-collar working-class voters who were once the bedrock of their support for elitist ‘liberals’, obsessed with Russophobia, excessive political correctness, extreme wokeness and ID politics.

None of this is accidental. As the old saying goes: he who pays the piper calls the tune. Forbes reported in early August that no fewer than 131 billionaires and their spouses had donated to Joe Biden’s presidential campaign, compared to 99 for Trump.

Something to bear in mind whenever you hear a self-styled ‘progressive’ concerned with ‘social justice‘ tells us how important it is that Biden beats Trump.

The Democrats’ control-freakery too jars with Americans who rightly value their civil liberties. Take the subject of mandatory face-masks. A couple of weeks ago Joe Biden said that masks should be made compulsory - outdoors as well as indoors - for a minimum of three months. Earlier he had said that if he became President: ‘I would insist that everybody out in public be wearing that mask. Anyone to reopen would have to make sure that they walked into a business that had masks’.

Yet the Democrats have the gall to attack Trump for being a ‘dictator’, or ‘would-be dictator!’ If Trump had said he was going to force all Americans to wear face-masks in 2016 he would have been called a ‘fascist’, (which he was called anyway).

Throughout 2020 the Democrats have been at the forefront of those calling for more draconian restrictions on American citizens under the guise of ‘fighting COVID’, and the most enthusiastic about implementing the anti-human ‘New Normal’. It was New York’s Democrat Mayor, Andrew Cuomo, who launched the ‘Mask Up America’ campaign in July, and who said of ‘social distancing’ that  ‘staying away shows how close we are’. Just how Orwellian was that? Democrat governors have generally been more pro-lockdown than Republican ones.

This enables Trump, with some justification, to present himself as the defender of basic freedoms. Democrat hypocrisy has also been on show regarding public protests in America in 2020. Anti-lockdown demonstrators have been attacked and smeared as ‘far-right’ and accused of endangering public safety. But other mass protests, such as the BLM ones, have been lauded. In other words, COVID-19 is such an intelligent virus it knows which marches are approved by Democrats and which aren’t!

The Democrats’ cause hasn’t been helped either by selecting such an uninspiring, pro-establishment candidate as Joe Biden. The candidate who arguably had the best chance of defeating Trump was Tulsi Gabbard, an anti-war army veteran who appealed to ‘isolationist’ Republicans, but the pro-war Democratic establishment did all it could to prevent her campaign from gaining traction.

© REUTERS / KEVIN LAMARQUE
Democratic presidential candidate, former Vice President Joe Biden, U.S. Senator and Democratic candidate for Vice President Kamala Harris celebrate after Joe Biden accepted the 2020 Democratic presidential nomination during the 4th and final night of the 2020 Democratic National Convention, as participants from across the country are hosted over video links from the originally planned site of the convention in Milwaukee, Wisconsin, U.S. August 20, 2020.

Instead, they went with the dull-as-dishwater Biden, a man who clearly struggles with getting his words out. That wouldn’t matter too much if he had the right policies, but he doesn’t even have that. It’s worth pointing out that for all the attempts to portray him as a cosy, avuncular figure, on foreign policy, Biden has been much more of a hawk than Trump, even championing George Bush’s Iraq War in 2003.

‘Biden did vastly more than just vote for the war. Yet his role in bringing about that war remains mostly unknown or misunderstood by the public‘ wrote Mark Weisbrot in the Guardian.

As Chair of the Senate Committee on Foreign Relations Biden had ‘enormous influence’ and ’argued strongly in favour of the 2002 resolution granting President Bush the authority to invade Iraq’, Weisbrot notes.

Biden of course was also vice-president for eight years in the Obama administration which helped to destroy Libya in 2011, and which carried out equally destructive policies in relation to Syria, as well as stir things up big time in Ukraine.

Joe has been ‘biden’ his time to be President, but it speaks volumes for the Democrats that he got the nomination. He may want all Americans to wear masks, but in truth he is only masking his- and his party’s- many deficiencies.