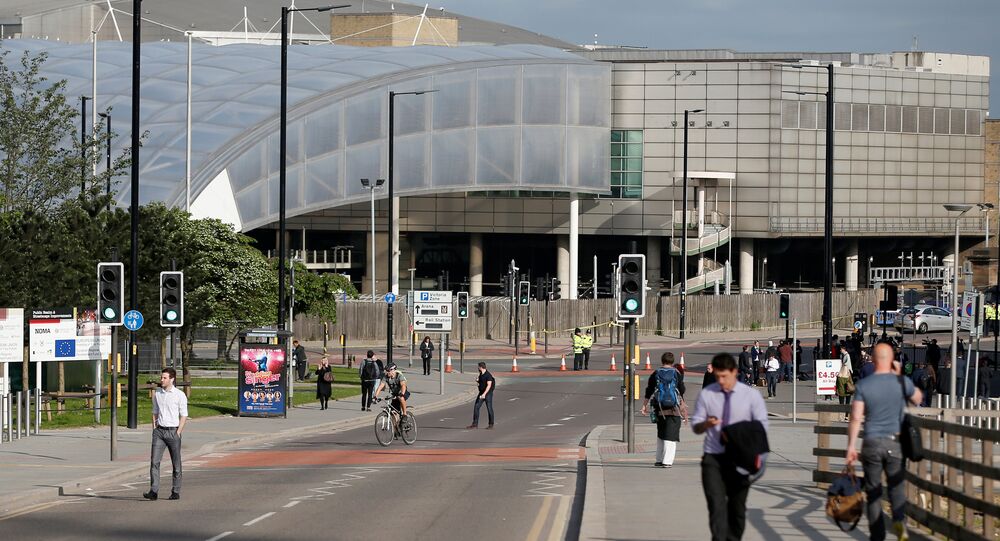 Criminals and Terrorists Are Laughing at Us

Rejoice! A UK judge has handed out a proper harsh sentence!

Well done Justice Jeremy Baker who handed down a sentence of 55 years to Hashem Abedi for the brutal cowardly murder of 22 innocents in the Manchester Arena atrocity.

The judge told Abedi, he would spend at least 55 years in prison before he could even be considered for parole, adding he "may never be released".

In the absence of not being able to put the black cap on and sentence him to death, which I know a lot of Brits would welcome, this is the best we could hope for in the present woke snowflake culture that we are living under.

However, in praising the Judge I do also have to add that I think it was a total affront to justice and a grave cowardly insult to the victims' families that Abedi refused to leave his cell and be in the court to face them and hear his sentence.

© REUTERS / Special Deterrence Force/Libyan Interior Ministry
Brother of Manchester Arena Suicide Bomber Must Spend 55 Years Behind Bars for Killing 22 People at Ariana Grande Concert
The Judge said there was nothing he could do to get him in the dock.

What a terrible indictment on our society and the law and order system.

How can this foul slaughterer of children have any right to refuse to come up to court?

Sod his 'human' rights, he should have been dragged, kicking and screaming up the stairs and slammed into the dock.

By not dragging him into court our justice system is still allowing him to hold the trump hand and we need to change this situation because this isn’t the first and it won’t be the last time that a terrorist tries to assert their power over the victims of their hate.

We need to take some lessons from Singapore and get tougher in all aspects of law and order and our criminal justice system.

Can’t Do the Time, Don't Do the Crime

Yesterday the newspapers were full of the story of the ex-British public-school boy, Ye Ming Yuen, who was stripped naked and thrashed 24 times on his bare buttocks for dealing drugs in the country.

He also got a 20-year jail sentence.

The tabloids in a classic case of not knowing their audience or customers splashed their outrage over this.

I didn’t even bother reading the story and went straight to the comments section as I knew they had misjudged their readers and I was correct.

Nearly every comment basically said that if you can’t do the time don’t do the crime. There was absolutely no sympathy for this drug dealer who was trading in misery. Many also expressed the view that we could do with similar action in this country.

This must have made the soya milk curdle in the granola of the liberals and common purpose cultural Marxists breakfast who infest our judicial system, all major political parties and even the editors of the tabloids.

But the plain stark facts are that many Brits, I would say the majority, are fed up of the streets of our major cities being ceded to the feral the feckless and the downright dangerous.

It is clearly not just the new breed of tabloid editors who are out of touch with the decent silent majority!

We need less concentration on the rights of the drug pushing scum and the violent knife wielding young thugs. We need to stop handing out new pool tables and youth clubs and start dishing out some real punishment.

Can anyone tell me that the smirking, smiling savages who literally laughed at their weak sentences for killing PC Andrew Harper wouldn’t have benefitted form a good thrashing?

Or at least what his widow, Lizzie, is calling for now which is a mandatory life sentence for anyone killing a member of the emergency services.

As you know I am not a bread and water merchant, I don’t just want to lock them up and throw away the key BUT the scales of justice are too weighted towards the criminals at the moment.

Now we are being told there is a major diplomatic row brewing between the UK and Singapore. Why? I am sorry he committed the crime in Singapore, it has nothing to do with us.

There is no sense of a miscarriage of justice. He admitted the selling of crystal meth which had ruined and wrecked lots of families’ lives but then he continued to flog more drugs.

Everyone knows how harsh the Singapore system is, so I have NO sympathy with this drug dealing British scumbag and I reckon I hold the majority view on this.

A Foreign Office spokesman is quoted as saying, "The UK strongly opposes corporal punishment in all circumstances and condemns its use in this case".

This is an incorrect statement. The politicians of the UK condemn it but I doubt whether the people who pay their wages, i.e. us the people, agree. If the establishment disagree with me come on then, let’s have a referendum on it.

Now, Yuen’s family hope that Singapore will agree for him to be transferred to a UK prison to serve the rest of his sentence. No doubt our cowardly politicians will agree to this but they should not as we already have 13 thousand foreign criminals in our prisons and we certainly don’t need a Brit who has committed a crime abroad coming back here.

Meanwhile, the Home Secretary, Priti Patel, has condemned Yuen’s sentence saying, "It is astonishing to see these sorts of reprehensible punishments being given. This sounds like something from the Dark Ages".

© Flickr / Daniele Zanni
UK Security Firm Launches Private Prosecutions for ‘Minor’ Crimes as Frustration With Police Grows
You need to act now before the liberal, tax funded, migrant charities raise the volume on blaming you for the death of the 16-year-old child who turned out to be 28 (there’s a surprise!) on the beaches of Calais.

Deal with our concerns at home and protect us in every way on UK home soil before worrying about the domestic policies of Singapore.

When you were appointed you said that you wanted criminals to "literally feel terror".

But Priti they are not feeling terror or scared, they are instead literally laughing at you and me and every Brit, so please rediscover your backbone and do something.

Priti, you are the Home Secretary. The clue is in your title!