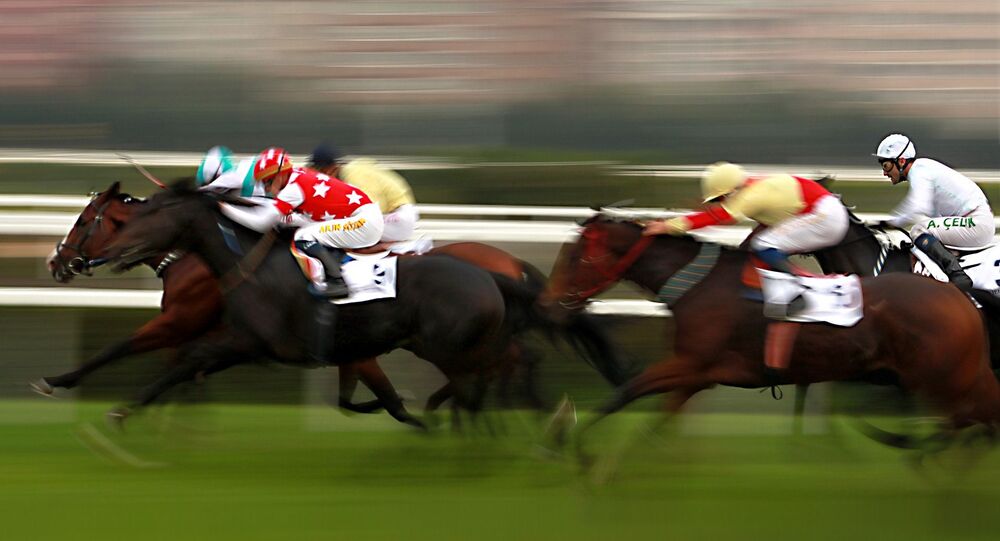 The absence of spectators is very sad and it's clear racing can't continue on this restricted basis for much longer. Let's try and make the most of it though and find a few winners to alleviate the gloom.

The big race of the day is the Yorkshire Oaks (3.15) You've got to adore the chances of Love, the impressive winner of the 1000 Guineas and the Oaks and the Aidan O'Brien-trained filly will be very hard to beat. If you're looking for a long-priced each-way outsider against the odds-on favourite then the Sir Mark Prescott-trained Alpinista, at 40-1 looks interesting.

The Newmarket baronet is not known for overfacing his charges and his daughter of Frankel did win impressively, albeit at a lower level, on her last outing.

Everything Irish trainer Jessica Harrington sends over to England is worthy of respect so Sussex Garden in the Lowther (1.45) looks interesting, as does Kevin Ryan's Hala Hala Hala from an each-way perspective.

The Hannon yard have won the Premier Yearling Sales race (2.15) three times in the last four years, so their two representatives this year, Happy Romance, and, at much-longer odds, Power Station (each-way) have to go on our short-list.

Yorkshire-born Newmarket handler William Haggas didn't attend his favourite meeting yesterday but he is going today, and that could be a tip in itself as he has a very strong hand.

Montatham can't be left off the short-list in the 2.45 (where Top Rank and course and distance winner Orbaan are also in with good chances), while Mayaas (4.20) and Lawahed (4.50) are also fancied.

Haggas is clearly making a real effort to win the Sir Henry Cecil Galtres Stakes (3.45) again (he won it in 2013 and 2014), and saddles three, all with good chances. Recent course winner Award Scheme is marginally preferred on the trends.

The race of the day is the Group One 5f Nunthorpe Stakes (3.15). If there's one horse who has enjoyed the absence of crowds this summer it's the brilliant Battaash, who did tend to get fizzed up in the prelims.

A very impressive winner of both his starts this season, he is obviously going to be extremely hard to beat if producing his "A" game but if for some reason he doesn't perform to his best (and he was beaten in this race in 2017 and 2018 before prevailing last year), then the Yorkshire -trained duo Art Power, and the longer priced Emaraaty Ana, who won the Gimcrack in 2018 and is 1-1 at the minimum trip, could be the best placed to take advantage.

There's no Stradivarius in the Lonsdale Cup (2.15) this year, so in his absence, Nayef Road, who has played second fiddle behind John Gosden‘s super-star twice this season, would look to have a good chance of collecting. It's slightly off-putting though that he's only beaten two horses home in his previous two starts at the Knavesmire, so an each-way interest in Eagles By Day, who sprouted wings when winning a Group 3 at the track on his penultimate start, is also advised.

In the Sky Bet Handicap (1.45) Restorer looks well-drawn, in stall 9, which produced the 33-1 winner last year.

The Ebor (3.40) is the race of the day, and 23 go to post for the historic handicap. In the last decade, horses drawn 15 or above have done much better than those drawn 14 or lower, while Irish-trained runners have prevailed five times in this period.

There's only two runners from the Emerald Isle this time, Pondus (14-1), and True Self (10-1), so they have to be considered. Others that catch the eye are Ghostwatch, who won at the meeting in 2018, Stargazer, who hasn’t been seen since winning at Newcastle in April 2019 and may have been put away for this and Shailene, just touched off at Goodwood on her last start.

Elsewhere on the card, Eastern Sheriff (12-1) and Bodyline (10-1) are each-way suggestions in the Melrose (2.25) while in the City of York (3.00) Safe Voyage can return to winning ways after experiencing trouble in running at Goodwood on his latest run.

In the Listed Roses Stakes (4.10) Nomadic Empire, third and second at York on his first two runs, looks overpriced at 20-1 judging by the impressive way he won his maiden at Thirsk earlier in the month.