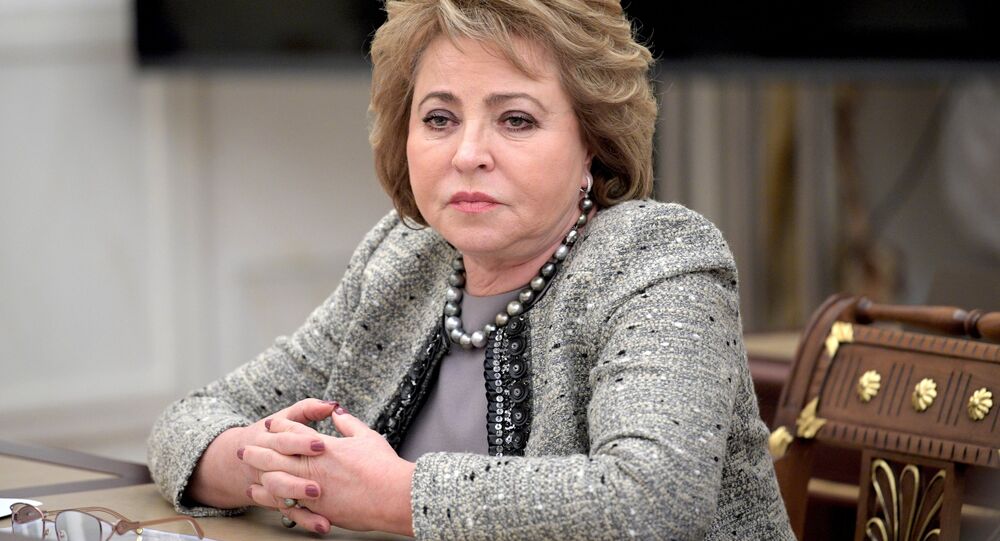 Chairwoman of the Russian Senate Denied Entry to The Hague

Earlier this year a delegation of Dutch MPs cancelled its visit to Russia because one of them was denied entry to the country. It now turns out Russia handled in response to the refusal to let the chairwoman of the Russian Senate come to The Netherlands.

In January, the Dutch House of Representatives cancelled a working visit to the State Duma, the lower house of the Russian Parliament. The standing committee of foreign affairs decided to cancel the trip after it was announced that the Russian government had blacklisted D66 MP Sjoerd Sjoerdsma.

"We will let the Duma know that we are very disappointed that a parliamentarian is not admitted because of some secret list," President Pia Dijkstra of the foreign affairs committee said. "We will invite the Russian ambassador for a meeting. Then hopefully things will be clarified."

Before Russian ambassador Alexander Shulgin met with the Dutch Parliamentarians the Russian Ministry of Foreign Affairs issued a statement. Sjoerdsma was denied entrance to Russia because the Russian government regards him as "unfriendly to Russia" and "openly aggressive", the statement read. Not only did Sjoerdsma often call for sanctions against Russian nationals, but he also demanded a boycott of the Sochi Winter Olympics in 2014. In 2018 Sjoerdsma called for the FIFA World Cup to be moved to another country - and "in the context of investigating the circumstances of the Malaysian MH17 crash of 2014, he emphatically and rudely insisted, contrary to common sense and legal procedures, on 'punishing' Russia right away."

© AFP 2020 / SEM VAN DER WAL
Russian ambassador to the Netherlands Alexander Vasilievich Shulgin (L) is welcomed by member of the lower House of the Dutch parliament Sjoerd Sjoerdsma prior to a hearing before the permanent Chamber Committee for Foreign Affairs in The Hague, on February 5, 2020.

Not mentioned by the Ministry: In 2019 Sjoerdma's party D66 voted against the re-entrance of the Russian delegation into the Parliamentary Assembly of the Council of Europe (PACE). Sjoerdsma furthermore made a name for himself in the EU by successfully pushing for a European version of the American Magnitsky Act. The original American act was signed into law by former US president Barack Obama and was intended to punish Russian officials for the death of Russian tax accountant Sergei Magnitsky in a Moscow prison in 2009.

The Russian embassy in The Netherlands expressed its regret about the decision of the Dutch MPs to cancel their visit. "The Netherlands for the second time in a row on their own initiative slam the window of opportunity for resuming dialogue," the embassy stated. In 2018 the Dutch MPs aborted their mission to Moscow the day after the Dutch government had accused Russia of a cyber operation targeting chemical weapons watchdog OPCW in The Hague. The visit of Dutch MPs would have been the first since 2008, when eight Dutch MPs visited Moscow.

The Russian Ministry of Foreign Affairs was more outspoken in its reaction about the aborted visit. "The Dutch side was informed in advance that Sjoerdsma’s inclusion in the group that planned to visit Russia was undesirable," it declared. "Despite our warnings, they carried out this deliberate provocation in full awareness of the possible consequences. They sought a scandal rather than a constructive discussion."

On February 5, Ambassador Shulgin met with the Dutch MPs of the foreign affairs committee. About this meeting behind close doors the Dutch press reported that the MPs had tried to get Sjoerdsma taken off the list and had asked for a full index of all blacklisted Dutch politicians; to no avail. Some media furthermore reported that Shulgin reminded the MPs of the fact that in 2015 the EU had started blacklisting Russian MPs, in reaction to the reunification of Crimea with Russia. "Those who imposed restrictions on our politicians should take the first step," Shulgin told the MPs. "Then we would be very motivated to find a solution."

Completely absent from all reports is that at the February 5 meeting, Shulgin reminded the Dutch MPs of something unfortunate that had occurred in the first year of the EU's sanctions against Russian officials. The Chairwoman of the Russian senate, Valentina Matvienko, was invited by her Dutch counterpart Ankie Broekers-Knol, then President of the Dutch senate, to attend a regular meeting of the European senates’ Presidents. The Dutch authorities then refused her entry to The Netherlands, on account of her being blacklisted by the EU. Nevertheless, three years later the Russian authorities welcomed a delegation led by Broekers-Knol to Russia, on the invitation of Matvienko.

The Dutch refusal to grant Matvienko entry to The Netherlands was left unreported at that time because the Russian authorities "had not gone public about the affair," a staff member of the Russian embassy says. "We did not want to cause a scandal."

The Dutch authorities are known for being very strict on complying with the EU travel ban for Russian MPs. They do not make exceptions like other EU member states like France.

In February of this year, Shulgin invited Sjoerdsma over to the Russian embassy for a glass of vodka. Sjoerdsma has still not accepted the invitation.