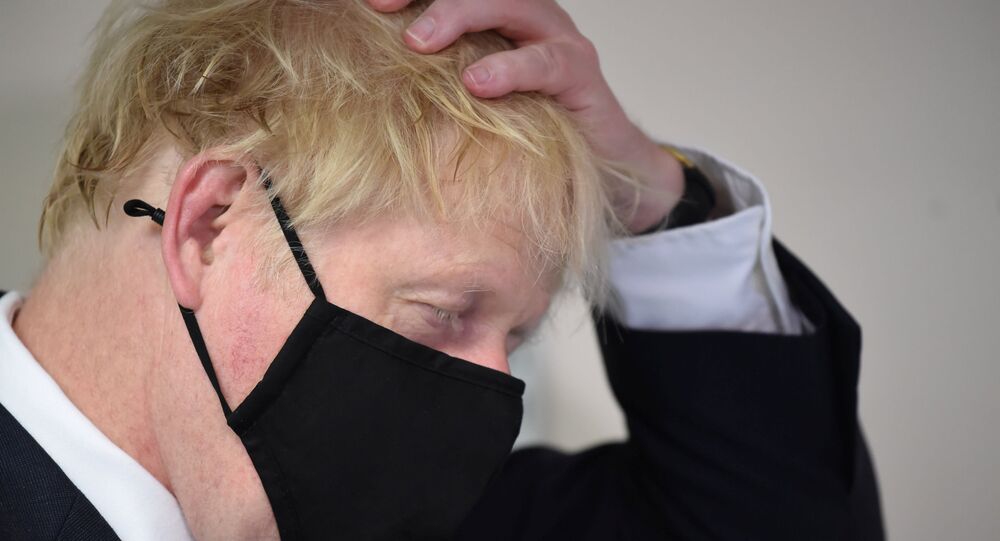 I’m fed up of the lies, the spin, the leaks, fear and scare stories and general BS of British politics. Are you?

It’s bad enough in normal times but in this abnormal time with a worldwide pandemic we need our politicians, of all parties, to drop the spin and just tell us the plain stark facts and unite to beat the enemy.

Instead, led, I guess by Dominic Cummings, Boris is spinning like an old-style plate spinner in one of those end of the pier shows. But mark my words, all the plates are about to fall to the ground and smash like in a Greek restaurant on speed.

I have been in this game long enough to understand spin and news management but this pandemic is not a party-political game scoring exercise, it is a deadly virus which threatens the whole world.

The ‘kite flying leak’ about putting all over fifties under virtual house arrest was a classic example. It was leaked over the weekend by ‘Government collaborators’ in the MSM and its aim was clear and transparent, it was meant to divide and rule us.

Kicking around ridiculous plans like this just add to the feeling of a lack of social cohesion. Just as the stupid decision to inform Muslims that Eid was cancelled with only three hours’ notice. It spreads division and stokes up hatred.

Look, it’s simple - if some Muslims in areas like Bradford or Greater Manchester are not abiding by the rule then clamp down on them strong and hard.

But please spare me the PC nonsense about the ‘community’ not being able to read the advice as it was only printed in English!

That excuse of course speaks to a bigger problem in our society: we have let many people into the UK, both legally and illegally, who have not had to agree that to live in our country you have to accept our way of life and surely that starts with learning the bloody language?

© CC BY 2.0 / Electronic Frontier Foundation
Test and Trace Programme 'Undermined' by UK Government Not Following the Law, Data Expert Says
Before you shout “waycist” and try to ‘cancel’ me please remember that the only people who are disadvantaged by not learning English are the immigrants themselves and as we know in certain communities that means women.

Why do the uber-liberals who infest government, both local and national, and the BBC and the court systems turn a blind eye to this blatant inequality? Why don’t they show some ‘tough love’ and level out this blatant disadvantage? Perhaps they’re not taught that in their Common Purpose courses?

Similarly, if young people of all religions or cultural background are holding illegal raves or not social distancing in boozers, crack a few skulls and crack down to make the ‘societal omelette’. I thought that we were meant to be all in this together?

If a Granny can’t see her grandchildren, why can thousands of Black Lives Matter protestors gather together to shout at statutes or Arsenal fans celebrate their FA cup victory? The answer is they shouldn’t be allowed to.

Why did the jerks in Government kneejerk over advice about travelling to and from Spain whilst people were still in the air? What arrogance to ban travel to the Canaries when their infection rates are much lower than ours.

I accept that the politicians are dealing with an unprecedented pandemic but the lies and the deceit, the smoke and mirrors started from day one with their ‘operation fear’ tactics. People like Cummings and Boris criticized these tactics when used by Osborne and Cameron over Brexit. But in Spinal Tap terms Cummings and Boris turned the fear amplifiers up to 11 from day one of the pandemic!

This was of course all designed to divert attention away from the fact that Boris and his government were too slow, much too slow, off the blocks in seeing the danger of Coronavirus and getting the PPE in stock.

I simply don’t understand how Jenny Harries is still in a job after that video on March 12 when she said masks were unnecessary and that Cheltenham was okay to go ahead.

I still don’t understand why Boris has got away with his repeated mantra of ‘following the science’ when it was clear again, almost from day one, that we were not following similar scientific advice to countries like Spain, Italy or South Korea.

Instead of still spinning that we will have a world beating track and trace app Boris should be telling us the truth and the logic behind some of his barmy decisions.

For example, what is the exact science behind saying kids will go back to school in September? What is the science behind a ‘trade-off’ between closing pubs and restaurants again and getting kids back in the classroom?

Boris please face the facts that your ‘world beating’ track and trace system is a failure that has actually cost us Millions to achieve sweet FA.

Are you seriously telling us that you will be on top of this within four weeks when kids are meant to be going back to school?

Your mates in the right-wing press can scream as loudly as they want about lefty teachers derailing your plans but Boris it is those teachers who are going to have to stand in front of a classroom of snotty sneezing kids not you or the lickspittles who surround you.

Similarly, it would be good if Kier Smarmer and his labour lickspittles, including his shadow health Minister Jonathan Ashworth who makes Barry Gardiner look sincere, could stop looking for the party-political advantage at every opportunity.

Boris needs to drop the slogans and soundbites and level with us. We are all grown-ups. You don’t have to treat us like children. What are you hiding? The less you tell us the truth about this virus the more the conspiracy stories and beliefs flourish. As a result, the more divided the country becomes.

As a result, Boris and the whole political class are losing the ‘dressing room’ of the UK population.

© AP Photo / Alastair Grant
Cummings' Purported COVID-19 Lockdown Breach Warrants ‘Thorough Investigation’ - Ex-Chief Prosecutor
This is why I say politics is no longer about left and right, it is about us and them, with them being the establishment elite.

The rules and the lockdown are only for us, the little people, not Boris’ dad, Government ministers, the bonking professor or Dominic Cummings.

However, like performing seals, we have largely complied with their edicts and clapped to receive our ten quid vouchers off junk food like an ever-grateful seal catches the dead fish at SeaWorld.

Forget about Bread and circuses, it’s now Pizza and football but without crowds.