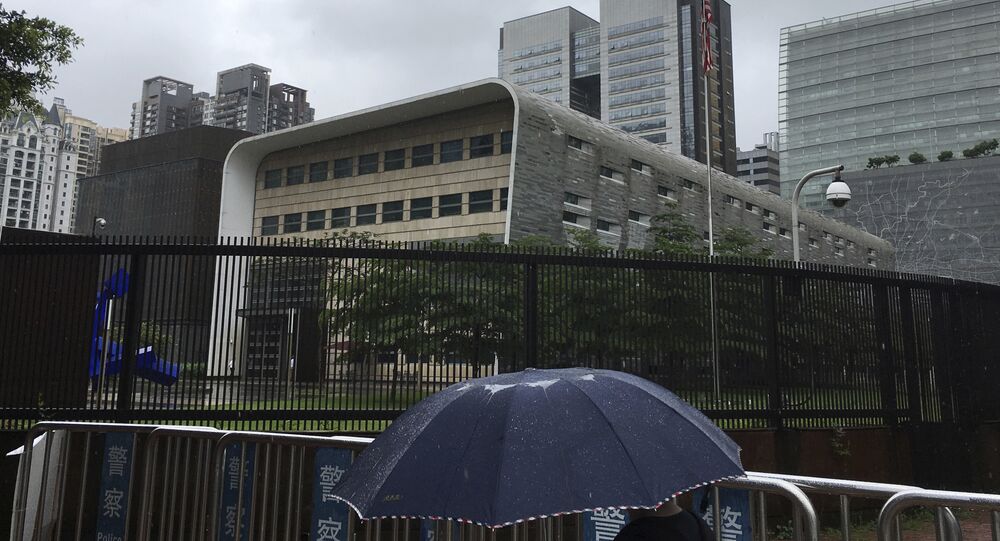 US Arrogance is a Gas

Washington’s arrogance is so out of control it has become impossibly absurd. It is astounding just how "exceptional" American politicians are at spouting double-think and contradictions without even the slightest shame or self-awareness.

In a keynote speech last week, US Secretary of State Mike Pompeo admonished European so-called allies to join Washington in its recklessly confrontational stance towards China. Pompeo, using anachronistic Cold War rhetoric, asserted that the "free world" must be defended against a "new tyranny" based in Beijing.

This is while the US Congress is unleashing more severe economic sanctions over the Nord Stream 2 gas pipeline which could hit over 100 European companies to the tune of €12 billion in financial losses if the European Union proceeds with the ambitious Russian energy partnership. That’s according to Oliver Hermes, chairman of the German Eastern Business Association.

The German parliament has also denounced the American sanctions as being an attack on the sovereignty of Europe over the latter’s strategic energy policies. It should be obvious that Washington’s claims about "protecting Europe from energy dependence on Russia" are a preposterous pretext for promoting more expensive American natural gas exports. So much for presumed American free-market capitalism!

Now isn’t that rich irony? The Trump administration wants Europe to push its anti-China campaign for "free world values against tyranny" and yet Washington is threatening to damage European economies if Europe doesn’t buy more expensive gas from America. You could hardly make that farce up. And, still, American officials exhort this ludicrous proposition with a straight face.

Also in the same speech from last week, Pompeo doubled down with the double-think when he said Washington is expecting Russia to join American efforts to impose arms controls on China.

At the end of his oration, Pompeo was asked: "Does Russia present an opportunity now to the United States to coax them into the battle to be relentlessly candid about the Chinese Communist Party?"

Here’s how America’s top diplomat replied: "So I do think there’s that opportunity. That opportunity is born of the relationship, the natural relationship between Russia and China, and we can do something as well. There are places where we need to work with Russia. Today – or tomorrow, I guess it is, our teams will be on the ground with the Russians working on a strategic dialogue to hopefully create the next generation of arms control agreements like [former US president] Reagan did. It’s in our interest, it’s in Russia’s interest. We’ve asked the Chinese to participate. They’ve declined to date. We hope they’ll change their mind".

(It is worth bearing in mind that Pompeo was formerly the director of the CIA who bragged  about "lying, cheating and stealing" as a professional duty.)

Forget the bit about Pompeo expressing concern for "world peace" in his latest address. What’s really going on here is Washington trying to gain leverage over China’s strategic forces by using Russia as an interlocutor. That’s one of the reasons behind the Trump administration’s ambivalence towards extending the New START accord with Moscow. Washington is deliberately gambling with the threat of a new global arms race to put pressure on Moscow and Beijing to conform to its strategic objectives of controlling both.

© AP Photo / Mike Groll, File
Gold Hits Record High as US-China Tensions Rise Amid Global COVID-19 Case Spike
But the immediate point here is Pompeo having the audacity to say the US wants to "work with Russia" in regard to China. This shameless impudence is casually mentioned while Washington is threatening Russia’s vital interests from its energy trade with Europe. So, let’s get this straight: America wants Russia to help it in corralling China "in return" for sabotaging Russia’s strategic commercial interests with Europe?

The utter arrogance of the American Empire is such that it is blind to its own absurdities. Hence its blowhard officials talk without any shame. It wants Europe and Russia to cede to its diktats over energy trade and China and then presumes to lecture the world about the virtues of freedom and democracy.

Under its own crass leadership, American global standing is collapsing from the weight of its absurdity. US arrogance is such that it is uniting the world against itself. Washington’s self-absorbed diktats are becoming intolerable, even to formerly subordinate allies in Europe.

America’s decline has long been on the cards, but ironically that decline is accelerating under a president who claims to "make America great again".