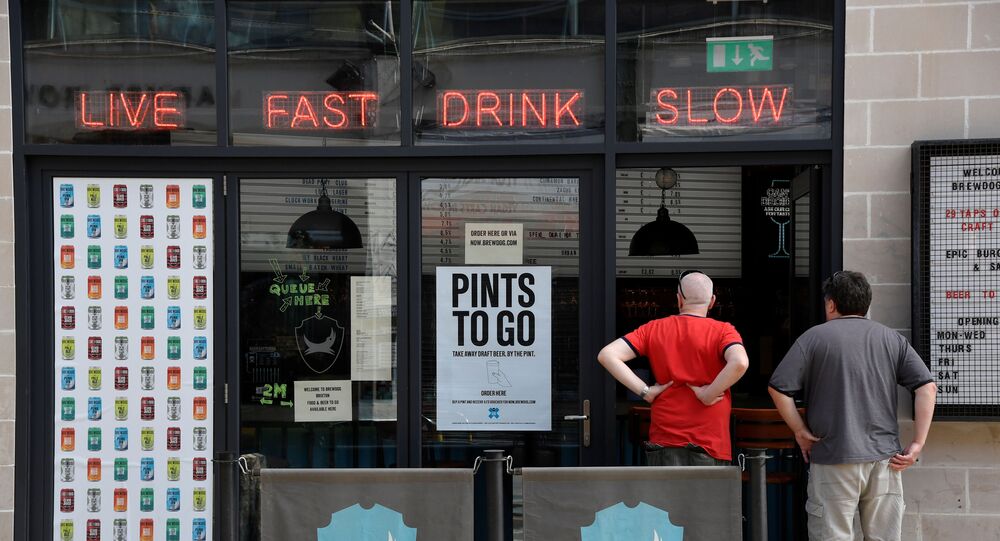 Eat Drink and Be Merry for Tomorrow We Die!

Saturday is National Liberation and Libation day! But forgive me if I don't join in with the rush to the pub. I'm off the booze completely at the moment but even if I was back to my old ways of 5 or 6 pints on a Saturday night then I would still be giving it a swerve. I don’t think I'm alone either.

I think many people are taking the same view. To wait and see how this relaxation of lockdown works and also, to be honest, I don't see how much fun can be had in this new style of antiseptic, no shouting, no swearing, social distanced boozers.

Boris has taken the "social" out of socialising and I can't see how his bizarre rules can last much longer than an average dinking session.

Too Soon, Too Fast

When they come to track people, who have been in the boozer when the inevitable outbreaks occur, they will be looking for Donald Duck, Mickey Mouse and E Pressley! No one is going to give their real name to the landlord to get a pint, are they?

It breaks my heart to rain on your parade as I have held drinks licences myself and I know how hard it is to make a living in the pub and night club game but I can’t help but feel this is all too soon and too fast.

How will another lockdown help to rebuild trade? The answer, it won't - it will kill the traditional British boozer for good. Boris should have extended the furlough and other schemes to help pubs, not rush to re-open.

Now Boris is going to speak to the nation and tell us all to behave responsibly on Saturday.

What? You mean like your old man, Boris? Who has broken your own rules and jetted off to Greece, Bojo? Or Cummings and Professor Pants Down who thought the rules only applied to the little people?

Or the Black Lives Matter protestors who were allowed to gather in their thousands whilst we’re told to only meet one other family in a pub garden?

Or the sweatshops in Leicester where they were allowed to operate at the owner's "unscrupulous" discretion to manufacture not only cheap tat but another Covid outbreak?

Boris, you can shove your "Father of the nation" libertarian address where the sun doesn't shine.

Opening the pubs is such an obvious PR move and a blatant attempt to shift the blame for any further Covid outbreak on to us, the decent law-abiding majority.

It will be our fault when the inevitable second spike occurs because we didn't follow Boris' advice and had one too many and dared to raise our voice in a pub!

When the real blame should lie with the inept government that Boris leads and their failure to impose the lockdown earlier and perform mass testing.

When the real blame is that he didn’t lock down our airports and kept allowing people to import the infection.

When the real scandal is that elderly people were booted out of hospital without being tested and placed back in care homes as super spreaders, in a form of what can only be described as "state euthanasia".

The only definite about this relaxation is that we are all going to wake up on Monday, to the mother of all hangovers as we realise that hundreds of thousands of jobs are disappearing, and we are all up the proverbial creek without a paddle.

Whilst we have all been duped into the joyous idea of liberation day, Boris has declared in the Evening Standard that the furlough scheme is definitely going to finish at the end of October and that means even more job losses.

We've already seen major retailers and restaurant chains going to the wall or dishing out redundancy notices like a shower of confetti to thousands of workers as they can't afford to pick up the tab for what the state has been providing for months.

I understand that state aid can't continue forever but Boris isn't even making an exception for the industries that are still shut with no income.

Music venues and theatres for example, where because of his arbitrary social distancing rules they can't operate at a level to survive. We have the greatest music scene in the world and it is on the verge of collapse and the same with theatre.

PR Pint is Not Enough

Before Boris sups his first "PR pint" in the inevitable picture that will adorn the front pages on Sunday morning, he needs to give our cultural industries a clear guarantee of making them an exception. He should keep the furlough scheme and other support going in their sector of the economy for as long as it takes for him to devise a safe way of them opening.

He should also be urgently talking to the likes of Andrew Lloyd Webber and asking him how come his musicals are back at full pelt in Seoul in South Korea. If they can do it why can't we?

Boris must not make the same mistake, he made months ago, and ignore what South Korea has done to combat this deadly virus and it’s even more deadly economic threat.

Boris is pushing the old proverb "eat drink and be merry" but forgetting to remind us of how the quote ends which is "for tomorrow we die".