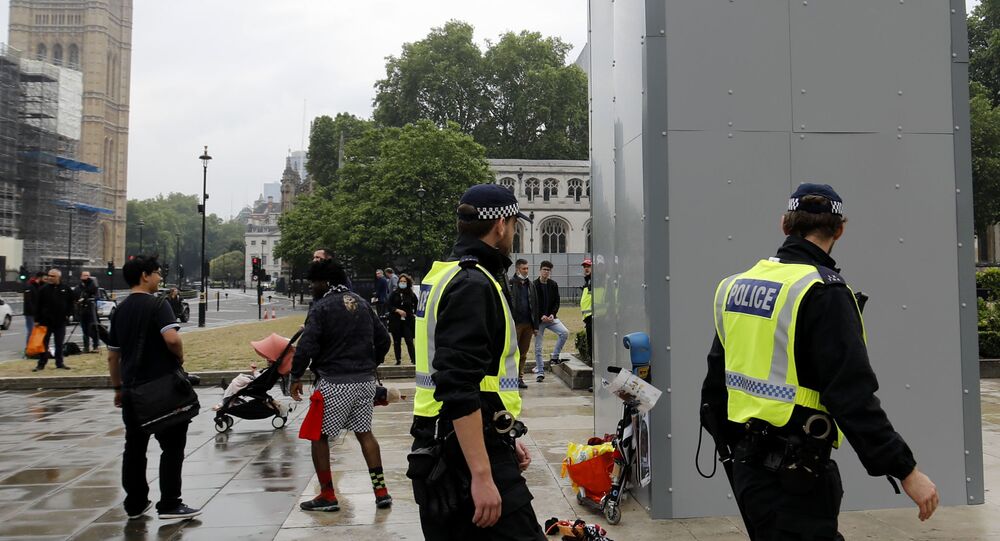 Boris, Sadiq and Dick Need to Get a Grip!

And quick - the UK is on the brink of anarchy, financial ruin and lunacy, and is crying out for real leadership.

The sight of barricades going up around monuments including Churchill and the Cenotaph is so depressing.

Putting aside the fact that they are a week too late we shouldn’t be having to guard the Cenotaph from any protestors. What message does the covering of these monuments send around the world?

Boris, Dick and Khan should have taken over one of those tedious Downing Street or is it ‘Drowning Street’ press conferences and showed a united front and stated clearly that due to the pandemic the protest could not and would not go ahead.

They could have and should have expressed their sympathy for both George Floyd and the real concerns about racism in the UK and started a national debate with swift conclusions on how we as a nation move forward.

However, they should have been firm and said that there would be no protest as there was a ban on gatherings of more than 6 people. The same law and rules that we have all been living under has to apply to all, otherwise, society breaks down.

However, instead they all, in their own way, not only bent a knee but actually bent our country over to the mob who were amongst the protestors.

Now a week later the UK is at boiling point and as the Kaiser Chiefs would sing I predict a riot.

It also appears that these three muppets expect one too. The result of their incompetence and virtue signalling could be more dangerous to the long-term health of our nation than coronavirus!

Meanwhile, the MSM are screaming like toddlers who want sweeties at the checkout that football ‘thugs’ are going to descend on London and cause a riot!

Hold on guys, these fans and many service veterans are only coming to town because the establishment failed to protect the monuments and ceded the streets, our culture and history to the rioters.

The MSM are acting as judge and jury and have convicted these ‘patriots’ before they’ve even arrived whilst constantly telling us the protesters last week were largely peaceful?!

I don’t really want these guys to descend on London either and I agree that it could be incendiary but last weekend’s events and the weak response to it is the cause of this reaction.

The establishment can’t expect decent law-abiding, working-class people to fight for their country and then think they will stand idly and passively by whilst heroes like Churchill and monuments to the fallen are vandalised and desecrated.

Cressida, the results of bending a knee is also plain to see in the attack on two coppers in Hackney this week.

The video of this attack has gone viral and no wonder as it summed up lawless Britain. The attack was bad enough but the fact that passers-by joined in on the attack on the cops instead of helping the officer or took selfies sums up the impending anarchy in the UK.

It would appear that people have lost all respect for our ‘softly, softly, touchy freely’ style of policing.

I imagine Dick of the Yard thinks that she has got a grip by now banning cops taking a knee in uniform but it’s too little too late and a week too late!

© AFP 2020 / TOLGA AKMEN
A protester makes a Black Lives Matter fist at a demonstration in Trafalgar Square in central London on June 5, 2020, to show solidarity with the Black Lives Matter movement in the wake of the killing of George Floyd, an unarmed black man who died after a police officer knelt on his neck in Minneapolis.

Meanwhile, Khan is so concerned about the effect of statues on race relations he seems to have forgotten the real threat to black lives which is the pandemic of the knife and gun crime in the capital!

Khan and his virtue-signalling ilk, including the cop in Bristol who allowed protestors to tear down the statue and dump it in the river, have opened a Pandora’s box of a cultural revolution that the majority of the country have never voted for.

I’ve got no time for slavers and agree that there needs to be an immediately informed debate about statues and racism.

However, that’s a world away from unelected Cultural Marxists and Common Purpose activists being able to be judge and jury on everyone from Horatio Nelson through Baden Powell to bloody Little Britain and now Basil Faulty!

Maybe I’ve got it wrong but I thought that we voted Boris and a Conservative government in with a whacking majority of over 80?!

However, at the moment it feels like the UK is being run by a slightly more dangerous ‘right on’ and bonkers version of a Corbynista’s wet dream.

What has happened to the Tory party being the party of law and order and the party of the decent silent majority?

What has happened to Boris the man who wanted to emulate his hero, Winston Churchill?

The UK is again in its ‘darkest hour’ but Boris is missing in ‘inaction’!

There has been much war imagery in this pandemic, so here’s another one for you Boris, you can’t fight on two fronts at once. Therefore, the ‘cultural’ war that is now being waged on the streets and in the MSM and on social media has to be dealt with.

Instead of barricading and hiding monuments in London why not lock down the capital, enforce the law and ban this weekend’s protests from both sides?

According to Dick, she’s got the riot squads ready this weekend due to the ‘far-right’ menace. Okay, accepted so let’s use them to stop all the protesters getting into Westminster in the first place.

I also sense that there is a collective COVID lockdown madness amongst the majority of Brits at the moment and no amount of Boris ‘treats’ are going to cure it.

So, Boris or Hancock “allowing” us to have a bonk or kiss our granny after eight weeks is like sticking an Elastoplast on a severed jugular when effectively the Establishment are allowing mass protests with no real social distancing to happen in our major cities.

Just watch the R rate go off the Richter scale in a few weeks.

Boris, please don’t even consider bending a knee but instead stand tall, rediscover your backbone and lead our country to those sunny uplands and the bright optimistic future you promised us all just a few months ago.

A bright future where the very real concerns of the Black Lives Matter protestors are listened too, debated and acted upon swiftly and fairly and where consensus, unity and equal opportunity for all is at the centre of our thoughts and policies.

The alternative is a long hot summer of riots and social unrest which will effectively kill off any chance of an economic recovery for the UK.