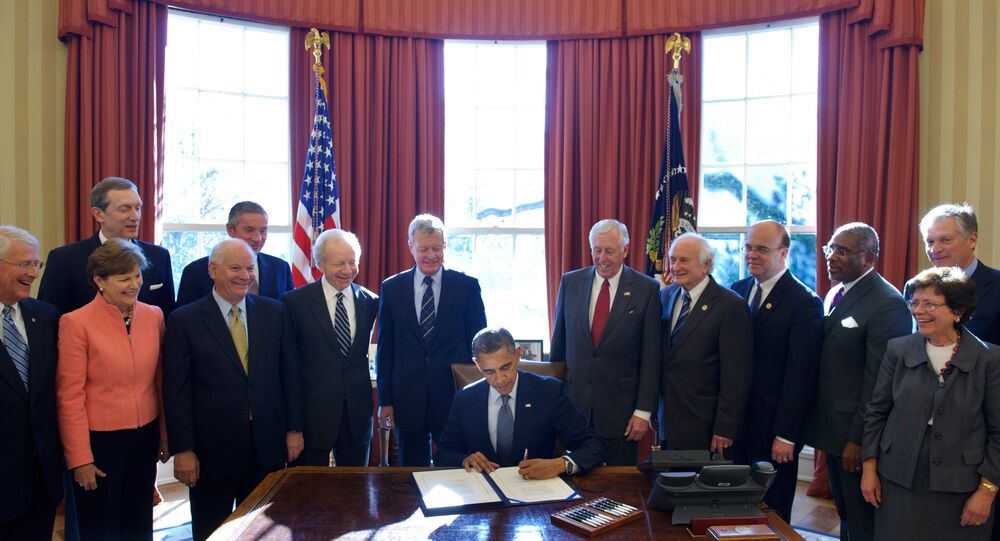 Wolves in Sheep's Clothing: The Apostles of the Holy Magnitsky

For the first time in history, the EU is about to import an American law, The Magnitsky Act. It is supposed to promote human rights, but it will be used as a political tool and undermine the International Criminal Court. The Dutch played a shady role in promoting it.

Seldom have I seen a bigger scam than the Magnitsky Act. It was introduced under the Obama administration in 2012 and, due to lobbying from the Dutch government, the EU is working now on a draft version of the law. It truly is a bizarre story. Perfect for a film script.

The Magnitsky Act is named after a Russian accountant who died in a Russian cell, Sergei Magnitsky. The employer of Magnitsky, the British hedge fund manager Bill Browder, claims that Magnitsky was arrested and killed because he was a whistle-blower. According to Browder, Magnitsky reported tax fraud by government officials at a Moscow police station.

Browder's story about Magnitsky is completely false. Magnitsky was no whistle-blower and it is highly likely he was involved in tax fraud himself, in cooperation with his employer Browder, who made a fortune in Russia. The European Court of Human Rights ruled last year that the Russian Public Prosecutor had sufficient reason to suspect Magnitsky of tax evasion and to arrest him because he was a flight risk. The enquiry into alleged tax evasion, which led to Magnitsky’s arrest, had begun long before he complained of fraud by officials.

There is no doubt that the Moscow prison staff is to blame for Magnitsy's death. But Browder has made several contradictory statements about how his employee died.

Who is Bill Browder?

Bill Browder is an American by birth that became a British citizen through naturalization to outsmart the American tax authorities. In Russia, he was subsequently convicted in absentia for tax evasion and deliberate bankruptcy. Also, some of Browder's offshore shell companies popped up in The Panama Papers.

When Russian became too hot for him, Browder fled to London. He decided to take revenge on the Russian authorities. He seized the death of his accountant to package his revenge as a fight for human rights in Russia.

Browder's lobby activities resulted in the Magnitsky Act intended to punish Russian officials responsible for the dead of Magnitsky. Since 2016 the bill authorizes the US government to globally sanction those who it sees as human rights offenders, freeze their assets, and ban them from entering the US.

The Magnitsky Act is not a "human rights law". It is revenge enshrined in legislation of a convicted tax fraud. And to Washington, it is a tool it can use against its adversaries.

With the Magnitsky Act the US undermines the separation of powers and The International Criminal Court (ICC) in The Hague. Peter E. Harrell of the Center for a New American Security pointed out that, if the ICC detained an American citizen, the US might be able to use the Magnitsky Act to sanction ICC officials or the ICC itself. The US has already used it to sanction two Turkish government officials involved in the detention of an American pastor.

Generally speaking: It is for judges to decide if a person is guilty of human right violations, not for governments. If a suspect of human rights violations is not prosecuted in his own country, the Prosecutor of ICC can take action. In these cases only ICC should be able to prosecute and punish, and no one else. But apparently the supporters of the Magnitsky Act do not agree with this basic principle of international law.

Shady Role of the Dutch

The EU is drawing up now its own version of the Magnitsky Act. How is this possible?

The Dutch played a shady role in the lobbying process, most notably Members of Parliament Pieter Omtzigt and Sjoerd Sjoerdsma. First, they pushed Minister of Foreign Affairs Stef Blok to adopt a Dutch version of the law. Then they organized a majority in the Dutch House of Representatives that forced Blok to start lobbying in Brussels for a European Magnitsky Act. Browder publicly thanked Sjoerdsma for having reached this goal.

Quite remarkably, Sjoerdsma admits the Magnitsky Act is a political tool and that governments using it may turn a blind eye to human rights violators of allied countries. Sjoerdsma said so himself in an interview with the Dutch Amnesty International members magazine. "It is indeed a political instrument," he said. "Some people may wrongfully go free."

Another salient detail: Browder warned Blok that being against the Magnitsky Act is often a career ruining position. I asked Blok for a comment, but my request was left unanswered. No mass media in The Netherlands reported Browder's threat, only the alternative media.

The reason why Browder's lobbying for a European Magnitsky act found such fertile ground in The Netherlands is probably due to the total failure of Dutch journalists of the mass media to act like journalists. I've closely followed the Dutch reporting about Browder and Magnitsky, and I cannot remember a single article or item that questioned Browder's narrative and intentions. In fact, the only thing the Dutch press has done is strongly promote Browder's activities, for example, the TV program Zembla of the former socialist broadcaster VARA applauded Browder for having converted himself from a "capitalist" into a "human rights activist'.

Filmmaker Andrei Nekrasov made a documentary in which he debunked the Magnitsky myth. The film was banned from Dutch TV and film festivals.

German weekly Der Spiegel published an article which was devastating for Browder. But it didn't seem to have any impact on the Dutch media or Parliament.

In Brussels, they should know better by now. Nevertheless, the European Parliament keeps pushing the Commission to come up with a draft bill.

If The Hague and Brussels are so keen on naming this American import bill after someone who died in prison, why must it be someone who died in a Russian cell? In 2013, a Russian citizen by the name of Alexander Dolmatov took his life in a Dutch cell. An investigation showed that the Dutch authorities had seriously failed to give him the medical treatment he needed and the legal assistance he was entitled to. However, the Dutch have since long forgotten about Dolmatov. No one remembers his name.