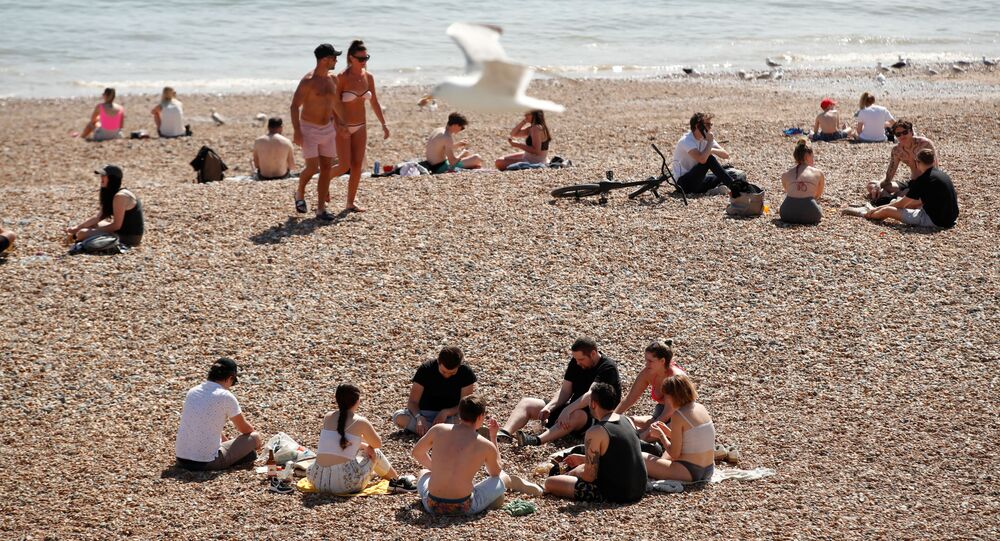 Breaking News! Thousands in Southend, Brighton, Cornwall and London are immune from COVID-19. Well, how else do you explain the crowds sunbathing and playing in the sea forgetting all about social distancing this week? It’s great news that it appears we are beginning to turn the corner on Coronavirus but there is clearly still a long way to go.

We, the British public, have played a massive part in this happening by staying at home for weeks.  It’s been a real team effort and we have all done our duty but now it is clear that some have decided to play by different rules and they are threatening the safety of us all.

Fighting COVID on the Beaches?

The Furlough scheme was not designed for people to have in effect an extended holiday whilst other essential workers are risking their lives. If you are furloughed or can’t work in your normal place you are meant to stay at home apart from exercising and getting the shopping in. That’s too difficult, is it?

Likewise, the easing of the lockdown was meant to be all about getting more people back to work, not a green light for everyone to do a Cliff Richard and go on a summer holiday.

I have been extremely critical of the government’s lack of clarity on their messaging but it is not Boris Johnson’s fault that selfish fools have decided to decamp to the seaside.

Every person who has been on the beaches of Brighton or Bournemouth is a disgrace and a selfish bastard.

They also supplied a real slap in the face of those workers who are still getting to work and doing their jobs. As the Sex Pistols sang they are “having a cheap holiday in other people’s misery”.

Not only that but they are dicing not only with their own death but with the lives of millions of Brits. Whilst they frolic in the sea they are just increasing the chances of a second wave that could well turn into a tsunami of deaths.

Tourist boards and the cops shouldn’t be having to try and force these selfish morons to sunbathe in their own gardens or their nearest park; these people should realise they have to be team players and work for the common good.

I fully understand why people are getting restless after two months of misery but breaking the lockdown in this manner is just not acceptable. There are no excuses.

There has been much war talk and imagery during the pandemic but at the moment we are clearly not fighting Coronavirus on the beaches, we are actually collaborating with it.

Instead of coming up with more gimmicks like an app, immunity certificates, or quarantine for people arriving in the UK we need Boris to lead from the front and get back to a basic message which is, we all need to play our part and work for the common good.

He also needs to treat us like adults and tell us the facts and be straight with us and admit that this NHS app doesn’t and isn’t going to work. Boris needs to man up and tell us this and admit his mistakes instead of hiding behind it like a pound shop Wizard of Oz.

Immunity certificates won’t be worth the paper they’re written on and how the hell are our police expected to enforce it or check on it?

The same goes for this ridiculous idea of a 14-day quarantine period for anyone entering the UK. This is unworkable and at least two months too late and will kill the airline and holiday industry.

Instead of coming up with madcap ideas that can’t be policed and are in effect just a PR con or exercise, Boris should be calling in the Like of Ryanair Boss, Michael O’Leary and Stelios and getting their input and ideas. Likewise, Tim Martin of Wetherspoons should be on some kind of committee to get our pubs and clubs reopened. He has the expertise and experience, so let’s use that to move us forward.

However, we all need to do our bit too and it is not just those on the beaches who need to take a long hard look at themselves in the mirror.

What about the fools who have decided that the lack of traffic on the roads is a reason for them to drive like madmen around the streets. Warwick has been turned into the Monaco of the Midlands with selfish tools racing around the one-way system. Posing a real danger to themselves and others.

Talking of driving have the people who have joined the mile-long queues to get a MacDonald’s not learned anything from this pandemic about the connection between obesity and possible death from COVID-19?

Why would you wait to pick up a sugar-laden snack or a Starbucks? Is your life really that shallow and devoid of meaning that you would wait for hours to pick up this crap? Watching this cavalcade of junk, I’m reminded of the lyrics of ‘Psycle Sluts’ by the poet John Cooper Clarke, “For you, that's how the world could end. Not with a bang but a Wimpy” (or nowadays a McDonalds!)

© REUTERS / Henry Nicholls
UK to Quarantine All Arrivals for Two Weeks in Order to Prevent Second Peak of Coronavirus – Report
There has been much talk in the newspapers of how the lockdown and pandemic will change people’s attitudes to life and that perhaps we will be less selfish and less obsessed with consumerism but judging by the early reactions to the easing of lockdown I don’t hold out much hope for that.

Unlike Mrs Thatcher, I do believe there is such a thing as society. When Boris talked with such optimism during the recent election campaign it galvanised people and gave him a massive majority. This enabled him, amongst other things, to deliver Brexit but we need some of that collective will and optimism again now to defeat a much bigger enemy than the undemocratic EU.

We must all do our duty.