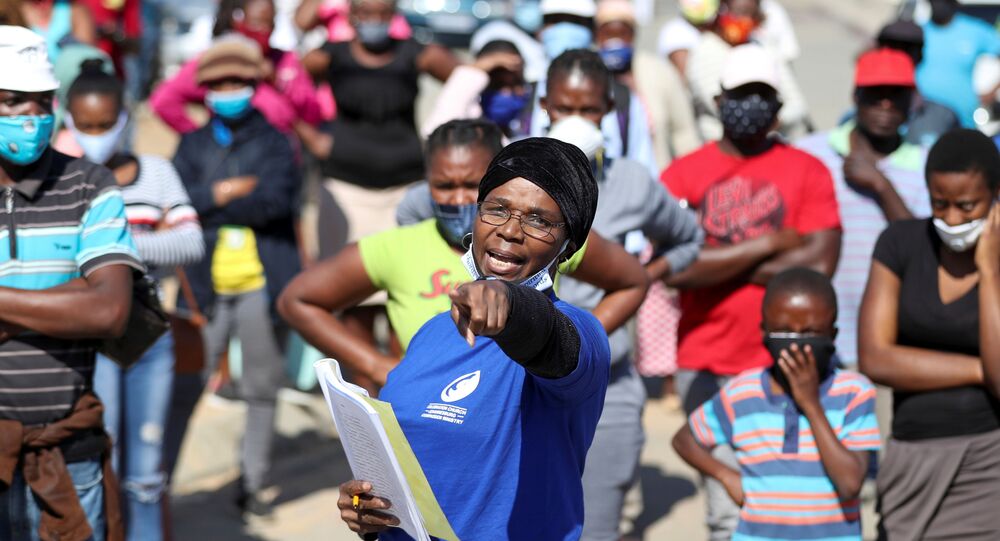 With almost all the media focus on Covid-19, it’s easy to get the impression that the ‘novel coronavirus’ is the only show in town. But it isn’t. In large parts of the world there are even worse public health hazards, only they don’t get anywhere near the same coverage.

Think things are bad in the UK? Well, at least we don’t have a plague of locusts to worry about.

In 2020, East African countries have suffered the worst locusts invasions for 70 years, and  a second, even more destructive wave threatens countries from west Africa to the Middle East, and India.

The World Bank has warned that regional locust swarms (one seen in Kenya was the size of Luxembourg), could swell numbers 400-fold by June, causing costs and damages to food production of up to $8.5bn by the end of the year. All in a region where already around 20m people are severely food insecure.

‘This is a scourge of Biblical proportions- yet as ancient as this scourge is- its scale today is unprecedented in recent times’ UN officials have said.

If giant locusts swarms were bad enough, there’s also the dreaded mosquito. There were 405,000 deaths from malaria in 2018, 94% of them in sub-Saharan Africa. That’s still over 80,000 more deaths than we’ve had so far globally with Covid-19- which at time of writing Africa has seen less than 3,000 deaths from.

What’s more, the World Health Organisation has warned that severe disruptions to insecticide-treated net campaigns and in access to anti-malarial medicines, could lead to a doubling of malaria deaths in sub-Saharan Africa this year compared to 2018.

Yet despite the large number of lives it claims media coverage of malaria is scant.

Part of the problem with the saturation coverage of Covid-19 is that it makes us forget that there are other diseases and public health problems which pose even greater threats to mankind. The daily press conferences in the UK, in which the numbers of those who died with Covid-19 is announced, has caused considerable anxiety in the public, but suppose this was done for all deaths? For instance, cancer claims the lives of around 165,000 Britons a year, that’s around 450 people a day. Why isn’t this mentioned at the press conferences so viewers can make the comparison?

One also remembers the video of the policewoman in South Yorkshire berating a man and his children for being in their front garden a few weeks back telling him that ‘a thousand people died yesterday’. But on average you’d expect around 1,600- 1,700 deaths a day in the UK- based on a total of 616,000 deaths in 2018.

If you don’t have such context, then the daily Covid-19 death tallies, which are in fact an aggregate of deaths, including some which occurred several weeks earlier, seem much more alarming. No one is saying that Covid-19 isn’t serious it clearly is- only that a sense of perspective is needed. One can get that perspective by focusing on Africa. It’s been said that no one who visits Africa comes back unchanged and that was certainly the case with me when I went to Zimbabwe in 2014. While we were staying at Victoria Falls, my wife came became ill very suddenly with what we thought was a bad case of malaria, but fortunately was ‘just’ food poisoning. But visiting Zimbabwe made me more aware of the health hazards people there have faced.

The country was devastated by the HIV-AIDS pandemic- by the mid-2000s, life expectancy had fallen to 37 for men and 34 for women- the lowest in the world. In 2008 there was also a bad cholera epidemic, claiming over 4,000 lives, recently there has been an increase in malaria cases too, with a cumulative total of 170,303 up to the third week of April, and 152 deaths.

In the west, and ‘global north’, compared to sub-Saharan Africa, we’ve been very lucky.
Our Covid-19 worries should make us more empathic to people in other parts of the world and understand that living with dangerous infections, viruses which kill many hundreds of thousands of people and the threat of destructive natural pests, is the norm for many.