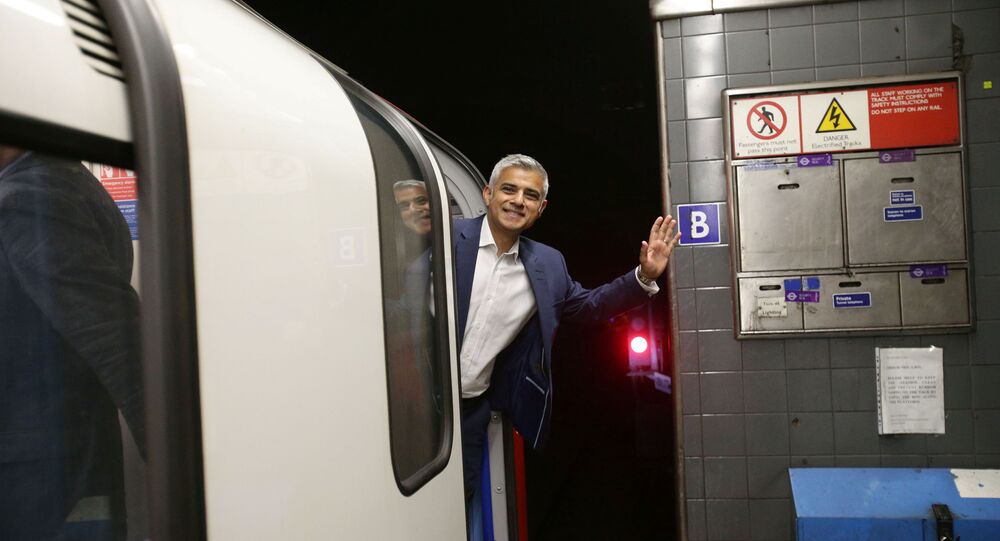 The Revenge of Khan!

Sadiq Khan should not be getting a yearlong extension as Mayor of London. Rather he deserves a long stretch at her majesty’s pleasure for the way he has and continues to criminally damage the greatest city in the world.

Khan is back straight after the COVID-19 pandemic with his wrecking ball of crazy ideas to make sure that London stays closed, not open, and someone needs to stop him in his tracks or in his 300 grand taxpayer funded Range Rover now.

I’ve seen more joined-up thinking in a child’s dot to dot than the ridiculous row between Khan and the government over the re-opening of schools, safety on the tube and now Khan’s latest act of revenge on Boris of ramping up the congestion charge this week.

Not content with wrecking the black cab trade in London by allowing Uber to run roughshod over real cabbies who should be the pride of London, he has also allowed cycle lanes to spread faster than coronavirus in the capital.

The result is that he has effectively closed off London to the majority and should our pubs, restaurants and theatres ever reopen, there will be no need for social distancing as you simply won’t be able to afford to get into London for a night out without a second mortgage.

This is all before we get out the ‘criminal charge sheet’ and talk about how he has presided over the proliferation of knife and gun crime on London’s mean streets, which turned London into the Stab capital of the World.

Aided and abetted by Dick of the Yard he has ceded the streets to the feral feckless and downright dangerous.

Yes, I know crime has gone down during the pandemic but that is probably because it hasn’t been getting reported and the coppers have been too busy stopping dangerous sunbathing and harassing Nigel Farage whilst ignoring the bonking Professor, who was breaking his own stay at home advice!

I even caught Cressida Dick on the TV news saying that maybe the violent thugs have been self-isolating and have had time to reflect on their criminal behaviour and have decided to change their lives.

You would expect this mumbo jumbo from an academic at some former Poly, now called a 'Uni', but not from someone who runs what was the greatest police force in the world surely?

During Lockdown I have been binge-watching the brilliant cop series Life on Mars with the politically incorrect Gene Hunt, and loving it.

It made me remember my late dad, a copper for 30 years who, I used to joke, believed this comedy was actually a documentary and I can still remember him saying “that at least in the seventies we nicked bad uns and sent them down.”

Am I the only one who would rather have a Hunt in charge of policing than a Dick?!

Am I the only one who wants cops to “fire up the Quatro” rather than jump on a bike with their rainbow bootlaces and politically correct police agenda?

Maybe Cressida would like to have a chat with footballer Dele Ali after he was attacked and mugged in his own home in broad daylight by two knife-wielding thugs who threatened to kill his girlfriend’s poodle if he didn’t hand over his expensive watch collection.

These thugs had obviously decided to ponder their life of crime Cressida and decided, ‘fu*k it, what have we got to lose, we probably won’t get caught and even if we do it will be a comfortable stretch with all mod cons in a comfy hotel/jail.’

Meanwhile, of course, there is no chance of Khan getting mugged as he is transported around the capital like a ‘pound shop Kim un Jong’ in his armoured Range Rover.

Unlike Boris, who was quite happy to cycle around town or even Ken Livingstone who regularly used the Tube of Black Cabs, Khan decides how to charge all Londoners more from the comfort of his chauffeured leather seats. Why does he need an armoured car anyway, is his life really under threat?

No doubt it is also from the comfort of his chauffeur-driven car that he has the time to plan his latest demos or attacks on Donald Trump rather than concentrating on the needs of Londoners.

© REUTERS / SIMON DAWSON
A woman wearing a face mask waits at a bus stop in London, following the outbreak of the coronavirus disease (COVID-19), London, Britain, May 18, 2020

London is, like the rest of the country, suffering and the hospitality sector has been really hit hard so why would you at this moment put up the congestion charge and why would you do it when the Government is saying avoid public transport on safety grounds?

The answer is that any sane person wouldn’t but Khan doesn’t seem to care.

Fresh from having to get a bailout from Boris for TFL, which some would describe as blackmail (did he wear a mask to pull that one off?), Kahn clearly decided to strike back like a petulant child at Boris and raise the congestion charge.

However, it is not Johnson he has hurt with his ‘Highway Robbery’ but ordinary Londoners with this congestion tax rise and extension of the hours it operates resulting in the reality that a low paid worker like a nurse on a night shift will end up paying 2 congestion charge fees.

God help them if they’ve got an older car as they will then be hit by another fee of £12.50 for breaking the low emissions rules. They would be better off signing on than being ripped off by Khan!

Because of his mismanagement of TFL he has also had to put fares up above inflation and scrap freebies for kids and pensioners. As he glides through London’s deserted streets I wonder if the capital’s, ‘Khan Wrong Un’ actually gives a toss about all of this?

London is open, my ar*e!