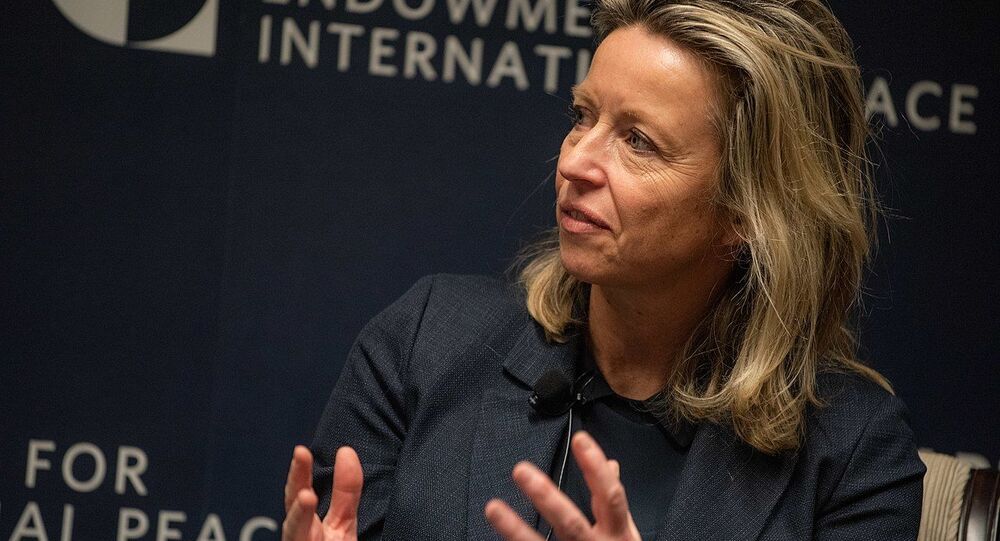 Abusing Corona to Blow up the EU

Anti-Russia hysteria reaches an all-time high: The Kremlin is being accused of using the Corona crisis to sow discord within the European Union. Dutch Deputy Prime Minister Kajsa Ollongren is a prominent advocate of this ludicrous conspiracy theory.

Alarming headlines in the Dutch news media last week: "Russia spreads disinformation about Corona in The Netherlands", "Russia sows discord via social media about Corona policy", "Russia stirs up concern". And so on.

The commotion started with a letter from Dutch deputy Prime Minister Kajsa Ollongren to the Dutch Parliament.

"In Dutch social media groups Russian narratives are being shared which emphasize alleged European disunity and a lack of solidarity within Western-European countries in the area of COVID-19", she wrote on May 13th.

Did Ollongren tell the Dutch Parliament which social media groups she was referring to? No. Did she come up with any proof that there was an orchestrated campaign from the Kremlin that had made the Dutch criticise European governments for their failed Corona policies? No. She simply referred to undisclosed findings of the Dutch secret service AIVD.

What is going on here? Could it be that it's the other way around? That there's an orchestrated campaign from the EU to blame Russia in order to distract from the EU's own political failures in tackling the Corona crisis? It very much looks it. In March of this year an internal EU document was leaked to Reuters, CNN and Financial Times.

These news outlets didn't publish the document. They merely highlighted some quotes. “A significant disinformation campaign by Russian state media and pro-Kremlin outlets regarding COVID-19 is on-going," they cited the document. "The overarching aim of Kremlin disinformation is to aggravate the public health crisis in Western countries in line with the Kremlin’s broader strategy of attempting to subvert European societies".

Again: No possibility for the public to fact check the accusations made, and therefore no proof for this far-fetched conspiracy theory.

In The Netherlands it has since long become clear propaganda like this is backfiring on those that are disseminating it. Minister Ollongren has become the laughing stock of the Dutch public ever since she started accusing the Kremlin of sowing discord by producing fake news.

When in 2017 a Dutch MP asked Ollongren for some clear examples of Russian fake news in The Netherlands, she came up with only one. Russia had attempted to influence people’s ideas about the MH17 air crash in Eastern Ukraine, she said, via a website which was full of disinformation and that had been made to look like an official Dutch operation.

When asked where this website could be found, she answered: "I cannot give it to you, because we don't want to do them a favour of many people visiting their site."

Journalist and others then started searching for this website Ollongren had mentioned. To no avail, apart from maybe Dutch comedian Arjen Lubach who claimed he had found it in three minutes. It was a Russian language website about The Netherlands, of which he showed screenshots in his TV show.

"We searched the site thoroughly, but we found no disinformation on MH17", Lubach declared. "It seems Ollongren wanted to keep the website a secret to hide the fact it was no good example of a fake news outlet".

Ollongren then came up with another example of fake news supposedly made in Russia: a video that was posted in 2016 on the popular blog site Geenstijl in the run-up to the Dutch referendum about the EU association agreement with Ukraine. The video depicted six masked men, who were dressed up like members of the Neo-Nazi Azov Battalion.

They threatened to conduct terrorist attacks in the Netherlands if the Dutch would say 'no' to Ukraine at the April 6th 2016 referendum.

Although Ollongren might be right that the video was fake (the commander of Azov said so), it nevertheless was of great informational value to the Dutch. Their news media had neglected to inform them about the existence of fascist elements in the Ukrainian armed forces and in Ukrainian politics. Until the video popped up, the vast majority of the Dutch had never heard of Azov and Neo-Nazis in Ukraine. Due to all the attention the video received from the media and politicians, people learned that, although the video seemed to be fake, Azov was very real.

US Navy/Seaman Kaylianna Genier
62 Countries Back Joint Australia-EU Initiative For Independent Inquiry Into COVID-19 Outbreak
Last year Ollongren started a campaign against fake news, which led to a lot of negative reactions on social media. In the campaign the Dutch were being told that news on social media is probably fake if it's not been in the papers or on TV. From their own experience users of social media know this is completely untrue. The mainstream media have at many times not reported hard facts that were reported on social media and alternative media.

The above-mentioned activities of fascist elements in the Ukrainian armed forces are just an example. A more recent example is the scandal at chemical watchdog OPCW in The Hague. Most Dutchmen on social media know the management of OPCW is covering up for terrorists in Syria that staged a chemical attack. Although this was discussed in Dutch Parliament, the Dutch mainstream press has kept completely silent about the whistleblowers that have revealed the scandal via Wikileaks and elsewhere.

Sadly enough the Dutch mainstream press seems to team up with Ollongren in her fight against alleged Russian fake news in The Netherlands. The Dutch media keep propagating the conspiracy theory of Russia weakening western societies by sowing discord and stirring up chaos, fed by, among others, owner of The Moscow Times, Derk Sauer. I asked him to substantiate his claim, but I never received an answer.

Two independent MH17 researches, Max van der Werff and Marcel van den Berg, then fact checked the article on the claims the authors of the article made about the MH17 air crash, in which 298 people died, most of them Dutch, for which Russia was blamed. The MH17 researchers found zero evidence for the suggestion Russian trolls had targeted The Netherlands with a fake news campaign on MH17. Van der Werff therefore asked the chief editor of the weekly to rectify the article, but he never did. I wrote a letter to financier Defares, but he never answered.

© CC BY 2.0 / Victor / British pounds
COVID-19 Wipes £54 Billion From the Coffers of UK’s Super-Rich - Report
Two months later Dutch state broadcaster NOS claimed "Russian trolls" dedicated 1400 tweets on MH17. They did not mention that from all these tweets only four were written in Dutch and that they did not contain any fake news. In fact some of these alleged 'Russian trolls' expressed their sympathy to the next of kin of the victims of the crash.

No doubt about it: Fake news exists. And it's everywhere. But instead of pointing fingers at the social media or Russia, western governments and media should stop producing fake news themselves. "The government is the main producer of fake news", emeritus professor of international communications Cees Hamelink summed it up in an interview I did with him. "And the media are, to put it mildly, complicit in distributing this".