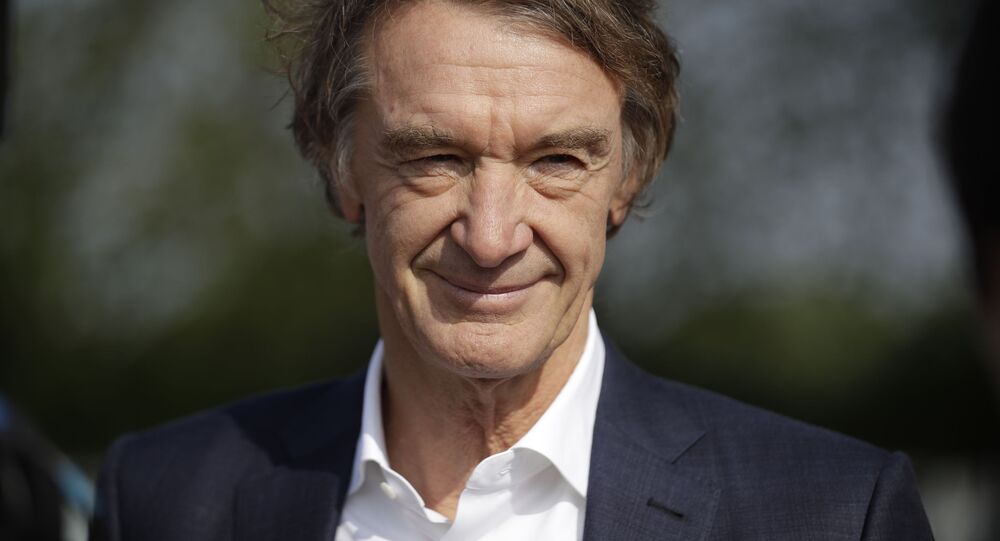 One particularly ugly feature of the Covid19 crisis is the sight of tax dodging billionaires lining up with grubby demands for state bail outs and/or soft loans from central government despite their long and sordid records of avoiding any tax contributions over many years.

Billionaire tax dodgers are nothing but shameless cheats who should be shunned and shamed for their selfish actions in denying vital health services and schools billions of pounds of funding. Every pound the billionaires dodge in taxes is literally stealing from hospitals, classrooms and social care services. Yet many of them are honoured by the British Establishment instead of being hunted.

Oil supply and chemicals tycoon Jim Ratcliffe is the latest selfish billionaire tax dodger to seek state assistance amid the Covid19 crisis. He is reported to be in talks with government over the future of fuel supplies across the UK and is seeking a £500 million loan. His Ineos Group runs Scotland’s only oil refinery which is based at Grangemouth. It half owns Petroineos with the Chinese state-owned company PetroChina.

Seven years ago, this billionaire sacked trade union organisers at his refinery for daring to resist plans to impose a draconian three-year wage freeze, pension reductions and reduced break times. The horrendous package was presented as a ‘take it or leave it’ deal with his threat to close the whole plant if they refused held over the workforce. With reluctance and out of desperation to save jobs the workers backed down and accepted the derogatory changes to their employment contracts. Yet within weeks of agreeing to his new terms and in the run up to Christmas this unsavoury employer shamed even Scrooge when he reneged on his promises and sacked hundreds of workers anyway.

From Issuing Redundancies onto the Tax Dodging Luxury Yacht

Immediately after announcing the hundreds of underhand redundancies at the Grangemouth plant Ratcliffe escaped to his £130 million yacht which he often lived on to avoid tax liabilities. Three years earlier in 2010 Ratcliffe vacated his £6 million estate in Hampshire and moved to Lausanne, in Switzerland, along with the headquarters of his company to save ­£100million in tax.

After five years headquartered in the Swiss tax haven Ratcliffe came back to the UK and set up a head office in London in 2015. In 2018 the annual Sunday Times Rich List placed Ratcliffe at the top of the UK rich league with a personal wealth of an obscene £21 billion while his Ineos company had an estimated turnover of £80 billion.

Despite his notorious and well reported tax avoiding activities Mr Ratcliffe was ‘Honoured’ in the Queens Birthday Honours List in 2018. In a perfect illustration of how pathetic and putrid the British Honours system is Ratcliffe displayed his patriotic commitment to the UK last year by arranging another tax dodging inspired exit. He, his company and top company lieutenants moved to tax free Monaco denying the UK exchequer an estimated £4 billion in tax revenues. Imagine how many more nurses, intensive care beds, ventilators and PPE equipment £4 billion could pay for? Yet this tax dodging billionaire cheat and charlatan is ‘Honoured’ by the British Establishment in 2018 and now seeks tax funded loans from the government?

Ratcliffe and Ineos should not just be told to piss off in respect of the loan request, his critical business in Grangemouth should be urgently nationalised. How stupid as a society can you be to leave such an essential industry as oil refining and supply in private hands? This refinery should be in public hands and run in the public interest. It is an essential industry. Any independent Scottish government worth its salt will certainly nationalise it with compensation based on means tested proven need. Ratcliffe’s £21 billion personal fortune would exclude the need for a single penny of compensation but he should face a hefty bill for back taxes.

Branson is Another UK Tax Dodging Billionaire with A Knighthood

Another of the billionaire tax dodgers with the gold-plated begging bowl extended during the Covid19 crisis is publicity loving Richard Branson. This is another patriotic Brit who registered his Virgin Group Holdings company in the tax-free haven of the British Virgin Islands fourteen years ago along with his own domicile. It means Sir Richard has not paid a penny in tax to the UK exchequer for fourteen years allowing his personal wealth to accumulate to over £4 billion. He had the brass neck to seek £500 million in government loans a couple of weeks ago but got rightly knocked back.

This guy is a cunning shyster who receives millions in dividends from public contracts to supply services in the NHS and railway network, but he pays less in tax than the low paid cleaners and ticket collectors who work for him. His commitment to the UK is so deep he pays not a single penny to assist with running hospitals, repairing roads or providing police. Only yesterday it was reported he sold shares to raise the money he was originally looking for from the government. The truth is he nor any of his companies should receive another penny in public contracts until it is established that his holding firm is registered for tax purposes in the UK.
© AP Photo / Jeff Bottari/Invision for Adobe
Sir Richard Branson

As Professor of Accountancy Prem Sikka has said with the authority of tax dodging knowledge:

“He (Branson) controls numerous companies, including Virgin Care which has £2bn of NHS and local authority social care contracts but has not paid UK corporation tax. The company is ultimately controlled through BVI registered Virgin Group Holdings Ltd. Virgin Group has collected £306m in dividends from Virgin Trains”.

Another of the tax dodging UK millionaires whose years of cheating hospitals, schools and social services from billions of pounds in support has not harmed his recognition from the British establishment is Sir Philip Green.

Despite being a multi-billionaire in his own right with ownership of Arcadia the high street fashion chain which owns Top Shop, Top Man, Burton, Dorothy Perkins and other outlets he has propped up his retail empire with government funds paying 80% of his employees’ wages through the furlough scheme. He has also sought soft government loans to prevent shop closures.

This is the guy who made retail history in 2005. He withdrew the biggest dividend ever recorded in British business history. The massive £1.2 billion dividend was then gifted to his wife Tina because she was registered in Monaco for tax purposes and therefore no capital gains tax was paid on the record dividend. Through such jiggery-pokery Mr and Mrs Green were able to avoid paying at least £285 million in tax according to the BBC Money Programme investigation in 2006. They maintained it was not illegal, but it certainly was immoral.

That £285 million could have paid thousands of teachers, nurses and social care worker salaries. It was grotesque and distasteful tax dodging and deserved to be universally condemned. It was under a Labour government. Tony Blair’s government. Neither he nor his Chancellor condemned the dirty deal but what they did do the following year is approve his knighthood. Tax dodging Philip in 2005 became tax dodging Sir Philip in 2006. The rottenness of the British establishment exposed for all to see.

Green then went on to disgracefully mismanage British Home Stores and pillage their pension fund for his own enrichment resulting in 11,000 job losses. No wonder calls for him to be stripped of his knighthood continue to grow.

Stringent and Progressive Conditions Must Be Attached to Covid19 Aid

When the International Money Fund lends money to countries in the midst of economic troubles, they always attach stringent conditions forcing the IMF’s privatisation and neo-liberal economic agenda down the receiving country’s throat. Amid the current Covid19 inspired economic crisis government aid in all shades and forms should have stringent conditions attached.

No firm registered in a tax haven should receive a penny of aid. If that forces companies to close, government should step in and assume ownership opening a new stream of potential public revenue. Poland, Denmark and France have already stated that no companies registered in tax havens will receive state Covid19 aid. It is disgraceful that the UK has refused to follow suit.

Every firm receiving aid should be compelled to comply with wage and salary audits to ensure no worker is receiving less than the Living Wage and chief executive pay is drastically pegged back to establish no more than a 10:1 ratio between the lowest and highest paid employees.

Gender pay gaps should be identified and a strict timetable for eradication established. Radical sustainable development targets should be established, and environmental action plans implemented. Unethical investments should cease. Long term investment and training plans should be demanded. And of course, HMRC should be invited to confirm that relevant companies and the registered owners are actually paying their taxes and not indulging in any of the immoral myriad of tax avoidance schemes unscrupulous accountancy firms invent and promote regularly.

If these stringent conditions were attached to Covid19 financial aid packages the rainbow that could emerge from the Covid19 economic storm would be better employers, paying proper taxes, living wages and operating sustainably. That should be the strategic aim which accompanies mass taxpayer funded bailouts during this Covid19 era. But the tax dodging billionaires and tax haven companies should be told to take a hike.