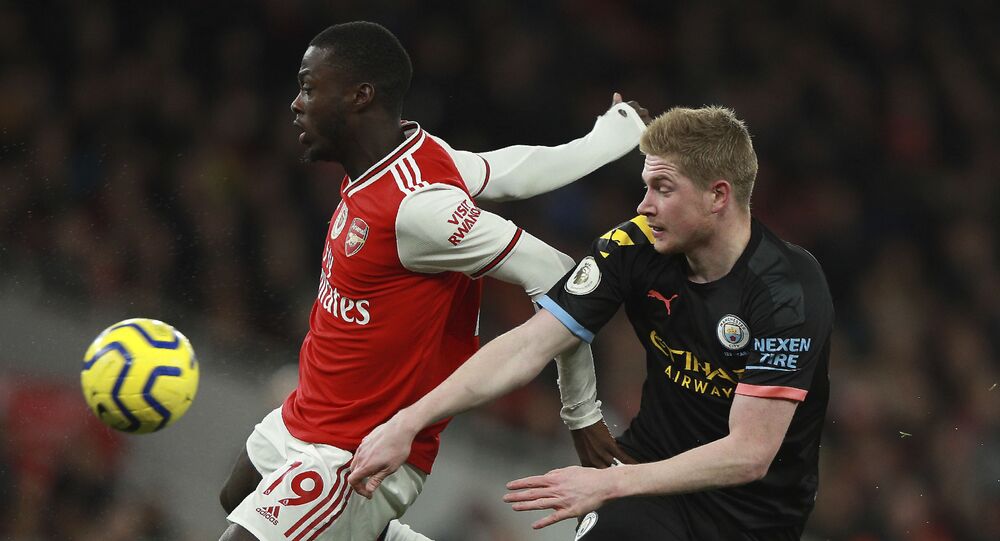 Life in Britain Without Sport is Grim: We Need it Back as Soon as Possible

You don’t know what you’ve got till it’s gone. The old maxim certainly rings true when we consider the life-enhancing things which have disappeared since the Coronavirus lockdown, and whose return would do much to lift our morale.

The Grand National. The FA Cup. The weekend football programme. The climax to the Rugby Six Nations. Wimbledon. The World Snooker Championship. Euro 2020. The Olympic Games. Just some of the great sporting events we’ve missed - or will miss - since Covid-19 left its calling card - and the subsequent lockdowns took effect.

The reaction of most public figures was to say ‘Who cares. Sport doesn’t really matter’. Even those who profess to be sports fans have said we can easily do without it. Piers Morgan, the shy and retiring breakfast television presenter (and Arsenal supporter), has repeatedly opposed plans to complete the 2019/20 football season.

Not only has there been little public support from media ‘Talking Heads’ for sport to return, sporting events have even been blamed for the spread of Covid19. I wrote in a recent Sputnik column on how the Cheltenham National Hunt Racing Festival, which took place from 10-13th March, has been made the Covid-19 fall-guy by many people, even though there was no  compelling evidence to back up the claims that holding it was injurious to public health.

There were hopes earlier this month that racing might return behind ‘closed doors’ on 15th May, but the government’s new ‘road map’ for easing the lockdown, published on Monday, put paid to that. Now the earliest we can hope for a return in the UK is early June, and even that must be in some doubt, when one reads the small print.

Two important points are missed by those who say the return of sport should be a very low priority in the current circumstances. Firstly, we’re talking about industries which directly or indirectly many thousands of people and contribute greatly to the economy. Horse-racing for instance brings in between £3.5bn and £4bn. But a lot of jobs in racing will go unless the sport gets back into action soon, with smaller trainers, and the smaller racecourses, facing a very uncertain future.

Secondly, there‘s the enormous positive impact that watching - and playing - sport can have in our daily lives.

Consider this: in a parallel universe this coming Sunday is the final day of the Premiership football season. Think of the excitement we would be enjoying - and all the thrills we‘ve missed these last seven weeks or so.

Without the drama of horse-racing and ´Final Score’, Saturday afternoons in the UK are simply not the same. Last week, the Foreign Secretary Dominic Raab said that the return of sport would ‘lift the spirits of the nation’. For once, he was  right - but guess what? He was shouted down.

"You’re an absolute T**T. We don’t need sport to lift the nation", was one tweeter’s reaction. How well that tweeter would have fitted in in the days of Oliver Cromwell. During the kill-joy rule of the Puritans in the 1650s most sports were banned.

"Despite playing in his youth, the game's (football’s) 'frivolity' didn't fit into Oliver Cromwell's puritanical world", reports the Guardian.

I’m sure ‘The Lord Protector’ would feel very much at home in the lockdown Britain of today - with its lack of sport, its closed theatres and pubs, and its shut-down places of public entertainment.

A country where even citizens in Warrington doing a socially-distanced conga for VE Day received fierce criticism from the 2020  equivalent of the New Model Army. It seems that having any kind of fun ( apart from clapping outside your front door once a week every Thursday evening), is not allowed in 'Lockdown Britain'. 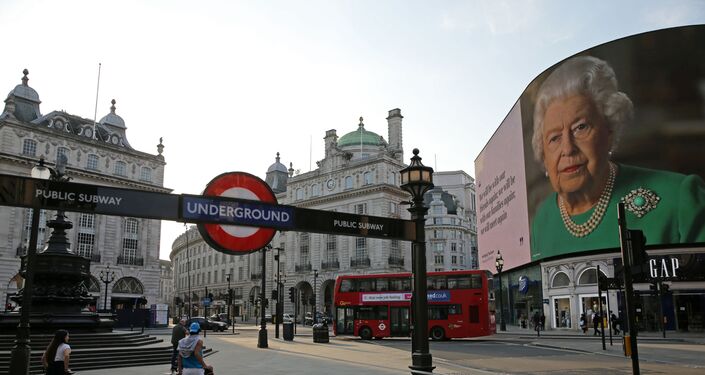 © AFP 2020 / ISABEL INFANTES
An image of Britain's Queen Elizabeth II making her her address to the UK and the Commonwealth in relation to the coronavirus epidemic is displayed on the advertising boards at Piccadilly Circus in central London on April 9, 2020, as Britain continues to battle the outbreak of Coronavirus Covid-19 and warm weather tests the nationwide lockdown as the long Easter weekend approaches. - The disease has struck at the heart of the British government, infected more than 60,000 people nationwide and killed over 7,000, with a daily death toll in England of 765 reported on April 9.

Of course we all need to ‘stay alert’ over Covid19- and take sensible precautions to avoid catching it or passing it on, but surely the existence of a virus doesn’t mean we shouldn’t have any enjoyment at all in our lives? What in fact is ‘saving life’ for, if we don’t enjoy it?

The return of sport would be a wonderful diversion from the depressing diet of ‘fear-porn’ news we are fed on a daily basis. How lovely it would be to once again become engrossed in issues of promotion and relegation. On focusing on who was going to win the 3.35 at Sandown Park, rather than what was going to be said at the daily Covid-19 Press briefings.

Those who dismiss sport as a ‘triviality’ fail to understand that something can be simultaneously both unimportant and important. To some the result of a horse race is of supreme unimportance. But to those who train or look after horses, who ride them, who bet on them, or who follow the form, it’s far more important than many other things. Ditto soccer. Keith Castle was Britain’s first successful heart transplant patient, back in 1979. His first words after regaining consciousness after his operation? ‘How did Fulham get on?’ He was a man who clearly had his priorities right, (if not his choice of football team).

I’d say the return of Saturday football, regular horse-racing, and other sports too, will do more to cheer the country up than any of the po-faced talking heads who oppose such moves. And goodness me, don’t we all need some cheering up at present.