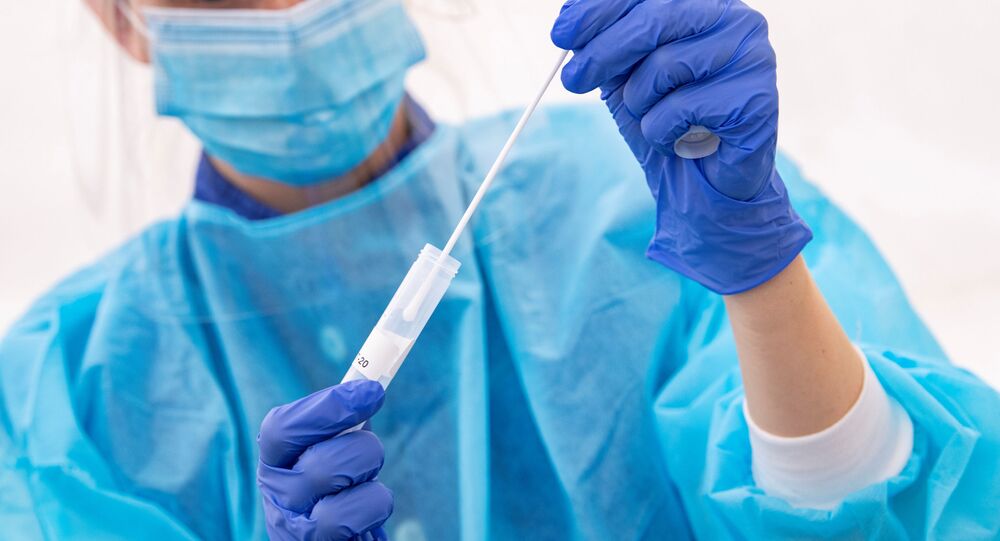 When it comes to dealing with Covid-19, Sweden and Belarus stand out as the European outliers. Why did they decide not to impose the sort of lockdowns that other countries in the continent did-and was it the right call?

Even before Covid-19 got its walking boots and rucksack on, if you had been asked to make a list of the five most independently-minded countries in Europe, the ones least likely to follow "groupthink", it's probable that Sweden and Belarus would have been high on your list.

Sweden has a long history of doing its own thing. In the 20th century, it stayed out of two World Wars. After WW2, it stayed out of NATO and took a very long time to join the EU, which it did with the greatest reluctance.

Even then, it didn't adopt the Euro. In the 1970s and 80s, there was probably no western European leader who criticised US foreign policy as strongly as Sweden's Olof Palme. The great socialist may in fact have paid the ultimate price for his failure to toe the line: he was gunned down in a Stockholm street after leaving the cinema with his wife in 1986 and the crime remains unsolved to this day.

Since Palme Sweden has got closer to what might be called a more "Atlanticist" position. But its old traditions were revived when Covid-19 came calling. While the UK government seems to have gone into full-scale Lance-Corporal Jones panic mode after the publication of a paper by Neil Ferguson and his team at Imperial College, which predicted a worst-case scenario of over half a million deaths, the Swedes remained as cool as Bjorn Borg facing match point in a Grand Slam final.

"We have had a fair amount of people looking at it and they are sceptical", said Sweden's state epidemiologist Anders Tengell of the Imperial modelling. "They think Imperial chose a number of variables that gave a prognosis that was quite pessimistic, and that you could just as easily have chosen other variables that gave you another outcome. It's not a peer-reviewed paper. It might be right, but it might also be terribly wrong. Sweden, we are a bit surprised that it’s had such an impact".

That was a very brave call to make on 27th March, but it does seem that Sweden was right to be sceptical about the Imperial paper. And that was before Ferguson himself resigned as a government adviser for breaching the "lockdown" rules he had been advocating.

Calculations on the basis of the Imperial Modelling would have meant Sweden having around 40,000 Covid19 deaths by 1st May. In fact, there were under 3,000.

It's not just political traditions which can help explain why Sweden didn't follow other European countries. The Swedes are stoical people and have to be considering the extreme weather conditions and the lack of light in winter. Whatever the weather - however dark it is, life in Sweden has to go on. My wife and I experienced this at first hand earlier this year when travelling in the north of the country.

After a long train journey which had begun about twelve hours earlier at Åre, we boarded a coach at Gällivare to take us to our final destination, Kiruna, in the far north of Lapland. The snow had been falling heavily all day, and the conditions on the route were absolutely treacherous yet there was no question of the coach being cancelled. The driver got on with his job without a fuss and didn’t drive that slowly either as he defied the elements.

We got to Kiruna on time. Somehow I don't think that would have happened in the UK, where even a  light snowfall can bring the country to a standstill.

It was the "life must go on even if it's minus 25 outside and hasn't stopped snowing for three days" attitude which underpinned Sweden's reaction to the virus.

© REUTERS / Lee Smith
Nissan staff volunteers produce aprons for the NHS with illustrations by local children attached, inside the SASMI building of the Nissan plant in Sunderland, following the outbreak of the coronavirus disease (COVID-19), Sunderland, Britain.

Belarus, like Sweden, is a country that seems to enjoy being different. While "Red Stars" were falling across eastern Europe in the 1990s, Belarus was keeping the old Soviet flame alive.

To this day it still has state-owned factories, subsidised workers' canteens and sanitoriums, and is about the only place where you can still find a statue of Felix Dzerzhinsky, aka "Iron Felix", founder of the Cheka, standing proudly. I visited Belarus in 2010 and got dog-piled by the Faux-Left/NeoCon Media Gatekeepers for writing a balanced account about what I experienced there for the New Statesman.

Belarus is routinely dubbed "The Last Dictatorship in Europe", but here's the irony: it's undoubtedly a freer country in the spring of 2020 than most in Europe. And the Belarus leader, Alexander Lukashenko, who's been attacked for years for running a "police state", is now being told off by the globalists for NOT locking people up! Lukashenko said that citizens would raise him up on pitchforks if he introduced a lockdown.

The truth is that western leaders have proved more dictatorial than "Batka" in the "Age of Corona".

Only time will tell if Sweden and Belarus did the right thing by not putting strict, ‘Stay at Home’ measures in place. But what is clear is that both countries have up to now, avoided the nightmare scenarios that advocates for draconian lockdowns would have predicted. Sweden with 288.81 deaths per million compares unfavourably with Denmark (87.28) and Norway (40.64%), both of whom imposed tougher restrictions.

One also has to consider the fear that countries coming out of lockdowns will see a further spike in cases due to people not having achieved immunity from the virus.

That's a point that's been made not just by leading Swedish epidemiologists but also by Alexander Lukashenko. Belarus, at time of writing, has seen just 112 deaths with Covid-19, translating to a per million rate of  11.81, putting it way down the list.

Politically, you'd put both Sweden's and Belarus's government on the left. That's worth bearing in mind when you hear some leftists/centre-leftists in Britain and America trying to stereotype opponents of strict lockdowns as "Trumpian right-wingers".

In Sweden, the leading grouping in the ruling coalition is the Social Democratic Party. Swedish Prime Minister Stefan Lofven is a former metal-worker. Alexander Lukashenko's mother was a milkmaid. Could it be that leaders from the working-class are more sensitive to the economic cost to working-people of a long lockdown? That’s one more thing to consider when examining why Sweden and Belarus dared to be different.