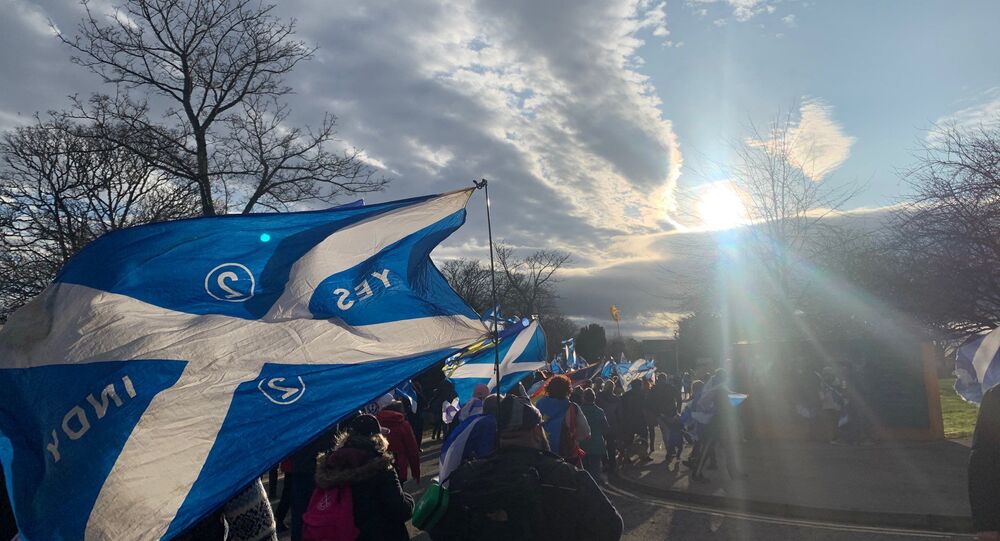 At the beginning of the current Covid19 health crisis the Scottish Government announced a decision which was undoubtedly influenced by the powerful forces in society most committed to the preservation of the status quo, the current social order.

The SNP announced their campaign for Scottish independence was being suspended, put on ice until after the Covid19 battle was completed. It must have been a difficult call. They undoubtedly thought it was the right thing to do amid a life-threatening pandemic that threatened to stretch our health services to breaking point. They listened to those in powerful positions of influence who urged the suspension of normal adversarial political engagement. They were wrong.

Putting Political Leaders to the Test

Covid19 is a health crisis which puts political leaders and perspectives to the test. Since their birth in 1934 the Scottish National Party (SNP) has been committed to the break up of a British state which they rightly perceived to be an unfair and undemocratic political union geared to the maximum exploitation of Scotland and her economic resources for the benefit of England and the richest in society. Scotland’s vast land, oil, fishing, food and beverages assets and resources have been exploited by Westminster to subsidise incredible and obscene riches and luxuries for the minority at the top of society. Such exploitation has allowed the creation of the most economically unequal society in Europe and one of the most unequal in the world.

Scotland’s status in the British union was summed up by the irresponsible actions of Prince Charles during the first weekend of the Covid19 Lockdown. While ordinary folk were being ordered to stay home and avoid visiting their mothers on Mother’s Day he and his entourage travelled the 500 miles to one of the Royal Estates in Scotland, Balmoral, for a break. One rule for them and another rule for the plebs. He then contracted ‘mild’ Covid19 symptoms and endangered all his servants and flunkies and the good people of Aberdeenshire and although not a key or frontline worker was afforded a precious test for him and his wife against all the regulations and rules that were applied to everyone else.

Scotland is a mere play thing for the Royals and the fact they are permitted to own so much of our beautiful land and keep it for their personal use is a source of embarrassment for an SNP government with thirteen years in power under its belt.

Rather than stand up for the inalienable right to be a free and independent nation during Covid19 the SNP has succumbed to the pressure from on high to be an obedient part of and proponent for Britain. Tory politicians have not suspended politics and the promotion of their unfair Union; they have pursued that line with practiced subtlety and nuanced vigour with talk of all things ‘Britain’. From the ‘Churchillian’ war spirit to talk daily of the ‘British’ effort against Covid19. All designed to undermine thought of anything other than Britain as the entity upon which we all rely. While the SNP suspended the independence campaign the unionists of all shapes and sizes seized the opportunity to promote ‘Britishness’ with every utterance made.

The party and government that SNP leaders have rightly condemned for their immoral, incompetent and callous management of the economy over the last ten years is not the party the SNP should have stood down for. In every aspect of Covid19 response the Tories have been woefully irresponsible and inept. They should face criminal charges for their actions and inactions once the crisis is over. They failed to heed the stark warnings from 2016 that informed them the UK health and social care services were inadequately prepared for a health pandemic. They have failed to test quickly enough and widely enough. They failed to socially isolate quickly enough. They failed to trace properly. They failed to store enough ventilators. They failed to address the gaping wounds to the NHS and care services caused by their austerity cuts.

Scotland could have and should have pursued an independent approach. The test, trace and isolate strategy could have been implemented much quicker and more effectively with the result that many lives could have been saved. Witness the different and more effective strategies implemented in similarly populated countries like Ireland, Norway, New Zealand, and Georgia never mind larger countries like Germany and South Korea. By suspending its very reason for existence, the SNP inevitably became a mere adjunct to Tory policies and mistakes throughout the Covid19 crisis.

Scotland has unfortunately been wedded to a political party with alien values and priorities to ours. The Tories can organise cruel and callous disability benefits tests to intimidate and harass vulnerable people out of entitled benefits with ruthless efficiency but don’t expect them to organise tests for low paid health and social care workers in the frontline of the Covid19 battle.

The Tories can always be relied upon to introduce economic measures which benefit the rich through income tax and corporation tax reductions but only the foolish would trust them to ensure the vital health and social care workers they have cut the living standards of over the last ten years will get the required Personal Protective Equipment they need to perform their tasks of treating and caring for the sick and vulnerable.

We Need Ventilators, not Nuclear Warheads

The Tories will always ensure enough nuclear warheads are stored but never enough ventilators. They will participate in war after illegal war without once questioning the costs associated but do not dare suggest a war on poverty, homelessness and inequality instead as that can never be afforded.

I appeal to the SNP leadership to recognise the reality which surrounds them. A Tory and unionist machine which is practicing politics as usual while the Covid19 battle proceeds. You were wrong to drop the baton and drop out of the independence race during this crisis. Please pick it up again with renewed gusto and vigour because if we really want a ‘new normal’ after Covid19 that actually values those who enrichen our lives and create the wealth in our economy we are going to have to break the British state and all that it stands for.

Scottish independence is a means to an end. An essential steppingstone to a more socialised economy and compassionate society which works relentlessly to eradicate grotesque inequality unlike the current British state which facilitates it. Step up to the plate and pursue the independence cause with more urgency than ever.