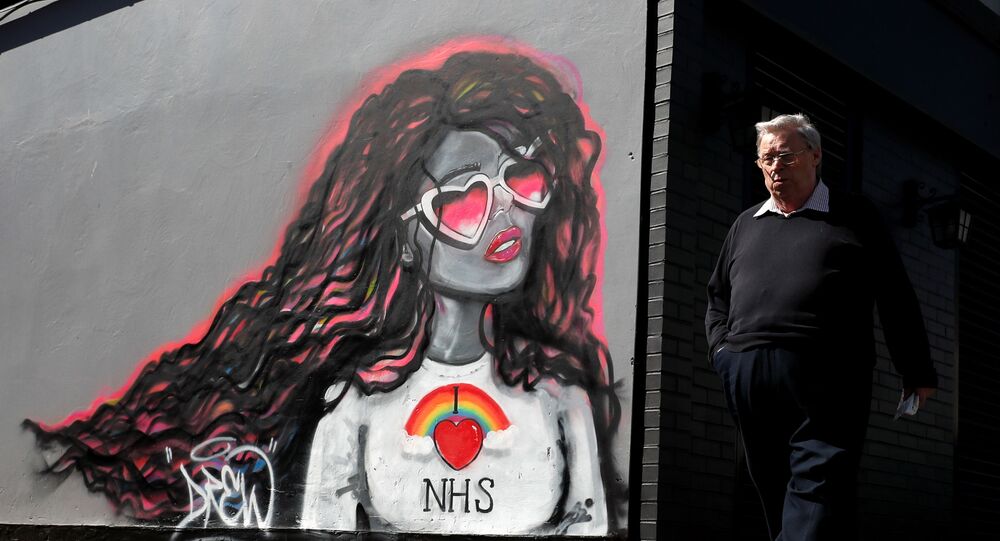 Celebs and Politicians are Clowns

Last night a few overpaid, over exposed and out of date celebs raised 27 million for the NHS or something, I wasn’t paying that much interest. A few days ago, one old soldier walked around his garden 100 times and raised 28 million pounds from the public.

I know which one is the star and it certainly isn’t the virtual signalling hypocrites on the BBC.

What is it with overpaid ‘slebs’ that they think they can preach at us when we are all skint and demand that those on minimum wage should cough up and donate to whichever charity cause the ‘sleb’ has pinned their hopes on to help their flagging careers. Why don’t they dip their hands in their own pockets and donate a million each?

Last night all the usual ‘slebs’ were there. Davina, does she get any other work? Lenny Henry who stopped being funny when he discovered charity and political correctness.

His ex-wife, Dawn French, who as far as I’m concerned was never funny, in fact my dad’s wake had more laughs! And don’t even get me started on Miranda!

The Government Wants us to Pay Twice

However, the greatest hypocrite was the chancellor Rishi Sunak who appeared by Skype in front of the cliched bookshelf in a too tight T shirt looking like a reject from a boyband who were past their prime.

Rishi pompously pledged that the Government would match pound for pound what we all donated to the cause.

Rishi is a multi-millionaire who loves spending our money more than his own.

Hold on Rishi, I can’t be the only one thinking that your matching money isn’t yours but ours in the form of the taxes we pay.

So, in other words he wants us mugs to pay twice!

Where’s he getting all the cash from for all of his ‘Viv Nicholson’ spend, spend, spend pledges.

Also, Rishi, Davina may have complimented you on your figure in that shirt but I would rather you were concentrating on the real figures and sorting out an escape plan from the ‘lockdown cul-de-sac’ that you and Boris have driven us into, rather than on looking ‘Hench’ on skype.

Talking of which where is Wally, sorry, Boris? Rumours abound that he is going to reappear on Monday (probably through a cloud of dry ice) and take charge of our inept response to the pandemic. A case of “Tonight Matthew, I am going to be the PM!”

Stop the Comedy of Errors

The court jester or fool is back to get us back on course. It can’t come too soon as his stand-ins have been abysmal.

Dominic Rabb has been pathetic, I have bought wardrobes with less wood in them than him. Mind you he wasn’t quite as wooden as Prince William in his deeply unfunny sketch with Steven Fry. Don’t give up your day job Wills….. oh, sorry you haven’t got one, have you?

Too harsh? Maybe? But at least we were spared his brother, the Clown Prince and his money grabbing missus from preaching to us from one of their borrowed multi-million-dollar houses in the USA.

But to be truthful this government’s response and tactics on Covid-19 is no laughing matter. It has been a string of mistakes, arrogance and lies all based on spreading fear and treating us like kids.

I can’t believe that I am actually agreeing with ‘Jimmy Krankie’, Nicola Sturgeon who is pledging to treat the Scottish people as adults and explain her plan, all 24 pages of it, on how to get out of lockdown.

But Boris and his team are refusing to tell us their “cunning plan” as we are children who wouldn’t or couldn’t understand their messages.

So, we are going to be subjected to more pointless press briefings where we can all play ‘corona bingo’ and mark off the clichés they spout:  stay at home and save the NHS, we are working night and day, we are bending every sinew, we are following the science blah blah blah. Full House but still no better informed!

We deserve and should demand the facts and the plan now. This fiasco, this comedy of errors has to stop and stop now.

Boris when he reappears on Monday should categorically apologize for allowing mass events to continue on March 11 when WHO declared the coronavirus as a pandemic. His stupid decision has clearly exposed more people to the virus and the question has to be asked, does he have blood on his hands?

Likewise, his scientific advisors need to be questioned and in particular Jenny Harries who made the video with Boris saying there was no problem with Cheltenham going ahead. She should be sacked.

Likewise, the ‘chuckle brothers’ of Valance and Whitty need to have their advice and positions seriously questioned. Also, why is there so much secrecy about who else is on the advisory panel? Is it because, like Patrick Valance, they have held positions on the boards of the big drug companies?

Now we have Matt Hancock having a road to Damascus style conversion to testing after stating previously there was no need for it.

He also bragged about his new app which will be able to track every contact you’ve had and their numbers and locations if you go down with the virus.

I really don’t want to be rude or a conspiracy nutter but would you want to share your private data with this bunch of clowns?

Yesterday, Hancock also said we could apply for tests but the computer collapsed within the first few hours this morning so tests are off?

This was meant to be a clever case of sleight of hand worthy of a magician like Domino to help Hancock hit to his target of 100 thousand tests by the end of the month BUT it has turned into a Tommy Cooper classic conjuring cock up.

Matt said it would be as easy as booking a flight, talking of which of course unlike sensible countries we still have flights landing in the UK from corona hotspots with no checks on arriving passengers.

How ridiculous that I can’t go to Warwick open market to buy my fresh veg but potential carriers of the virus can just walk into the UK and jump on the tube which should have also been closed down weeks ago.

Last night’s unfunny self-serving ‘sleb’ fest was meant to cheer us up.

However, it was the modern version of bread and circuses or more like doughnuts, pizza and stale comedy to cheer up the frightened masses or plebs.

A clear case of “quick send in the clowns” but in the words of that song “don’t bother they’re already here.”