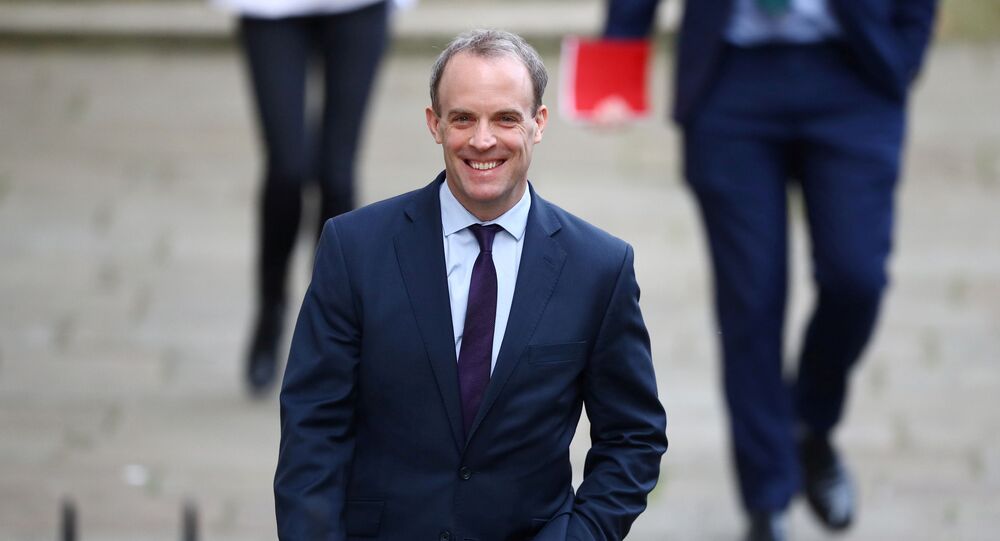 I know Boris is still ill and of course I wish him well but we cannot wait for him to get off his sick bed before we actually get on top of the virus and the economic disaster that is happening in the UK.

Both New Zealand and Australia have flattened their ‘curve’ and are about to lift restrictions whilst we are basically prisoners in our own homes and the deaths continue to rise.

You don’t think this could possibly have anything to do with Boris still allowing flights into the UK from Coronavirus hotspots like Italy, China and the USA, could it?

You don’t think it could be anything to do with the fact that New Zealand and Australia locked down their airports and strictly quarantined incoming passengers. Whereas we let them jump straight on to the Heathrow and Gatwick express, could it?

You don’t think it could have anything to do with the fact that Boris was too slow off the blocks in mass testing, could it?

You don’t think it could be because we haven’t really had a really strict lockdown like Spain or Italy, could it?

You don’t think could it be because we’ve had this ridiculous soundbite of “we’re following the medical and scientific advice” which is the biggest piece of buck passing since, “I was only following orders.”

Massive Power Vacuum at the Top

Politicians, of course have to take advice from experts, but then they have to make decisions, sometimes really hard decisions, and sometimes they get it wrong like Herd immunity.

But the buck has to always stop with the PM not Whitty (he doesn’t make me laugh) or Vallance.

Boris perhaps could get away with this just based on his personality and reputation but I am afraid Raab, who has the charisma of a paper bag and the authority of a poor Deputy Head in a failing Comprehensive, has no chance.

Of course, Michael Gove should have taken over but he has previous with Boris and there was no way he was going to be given any chance of knifing Boris in the back and front again, was there? Anyhow, Gove is now in self isolation too.

There is clearly now a massive power vacuum at the top of our government and the Cabinet need to get a grip and get a grip quickly.

Rabbits Stuck in the Headlights

I know some of you will accuse me of playing the blame card and that there is no point in using hindsight to criticise Boris and the Government but I am sorry I have been making these points for weeks now.

Just how ridiculous was it to allow the Cheltenham Festival to go ahead when other sporting events around the globe were being pulled. It was reckless and foolhardy and a stupid decision.

Also, I am not crying over spilt milk but I am fuming about the fact that gallons of real British milk is being poured down the drain whilst supermarkets haggle over prices and thousands of Brits are having to use food banks.

All around the globe, Governments are beginning to signal that they are going to lift restrictions. However, here in the UK it would appear that our cabinet are acting like rabbits stuck in the headlights and worried to make a decision in case Boris doesn’t like it.

This Government didn’t even issue any real guidance about the Easter weekend until late on Thursday. They had a Cobra meeting but traditionally Thursday afternoon is the beginning of the great Easter getaway. They should have had a meeting on Monday and made it clear that Easter was postponed and no travel would be allowed to the countryside.

The more I see this lot operate the more I come to the conclusion that they are running a media strategy rather than a war strategy against the virus.

Now it is clear from Raab that the lockdown is not going to end and that we have to prepare for a further extension. But again, he is delaying and dithering and fudging a decision until the end of next week.

Why do they keep treating the UK population like Mushrooms, keeping us in the dark and feeding us Bulls**T.

We are all grown-ups and most of us are doing our bit by staying at home but come on, treat us as grown-ups. We don’t need this softly, softly softening us up process. Tell us the facts and we will do our bit.

All in this Together?

The lockdown is beginning to bite both economically and personally and people need some certainty and no more soft soap. It’s obvious Dominic that the lockdown is going to be extended until May at the earliest so just get on with announcing that.

At the same time get a bloody move on in getting the grants and financial help to business, both big and small, right across the country to give some financial certainty.

Perhaps they could get the grants to businesses as quickly as MP’s have moved to accept another £10 grand for expenses for working from home!

The increase in expenses has been granted by the Independent Parliamentary Standards Authority.

It is incredible that normal Brits are basically taking a 20 percent cut if they are being furloughed but MP’s are getting ten thousand pounds without even having to produce receipts. Surely if they’re working from home, they will spend less cash NOT more!?

But it gets worse! As they have also had their monthly credit limit increased to £10 grand to ‘help with cashflow’ and the same watchdog, IPSA, has ‘urged’ MPs to make 'reasonable efforts to reconcile the payment card as normal'. However, it’s given them more flexibility so that late payments will be excused. I wonder if the terms offered to us normal Brits are as generous and flexible!

Meanwhile self-employed people who run their business through a limited company are effectively getting no help at all! So, are we really all in this together?

Any MP with a conscience should turn down this cash bung, especially the ones who have been trying to preach to footballers. I look forward to seeing them on Sky news and the BBC immediately, please form an orderly queue!

Finally, to those who will inevitably accuse me of insensitivity and rudeness to bring up Boris Johnson and his Government’s ineptitude whilst he is in intensive care, can I just remind you that another 881 Brits died today.

We need to know who is in charge of the UK and I’m sorry Dominic Raab didn’t convince me it was him and that worries the hell out of me.